We take a look at 9TRANE’s steamroller of an EP in ‘TEKTRAX’, courtesy of Dissident Sound 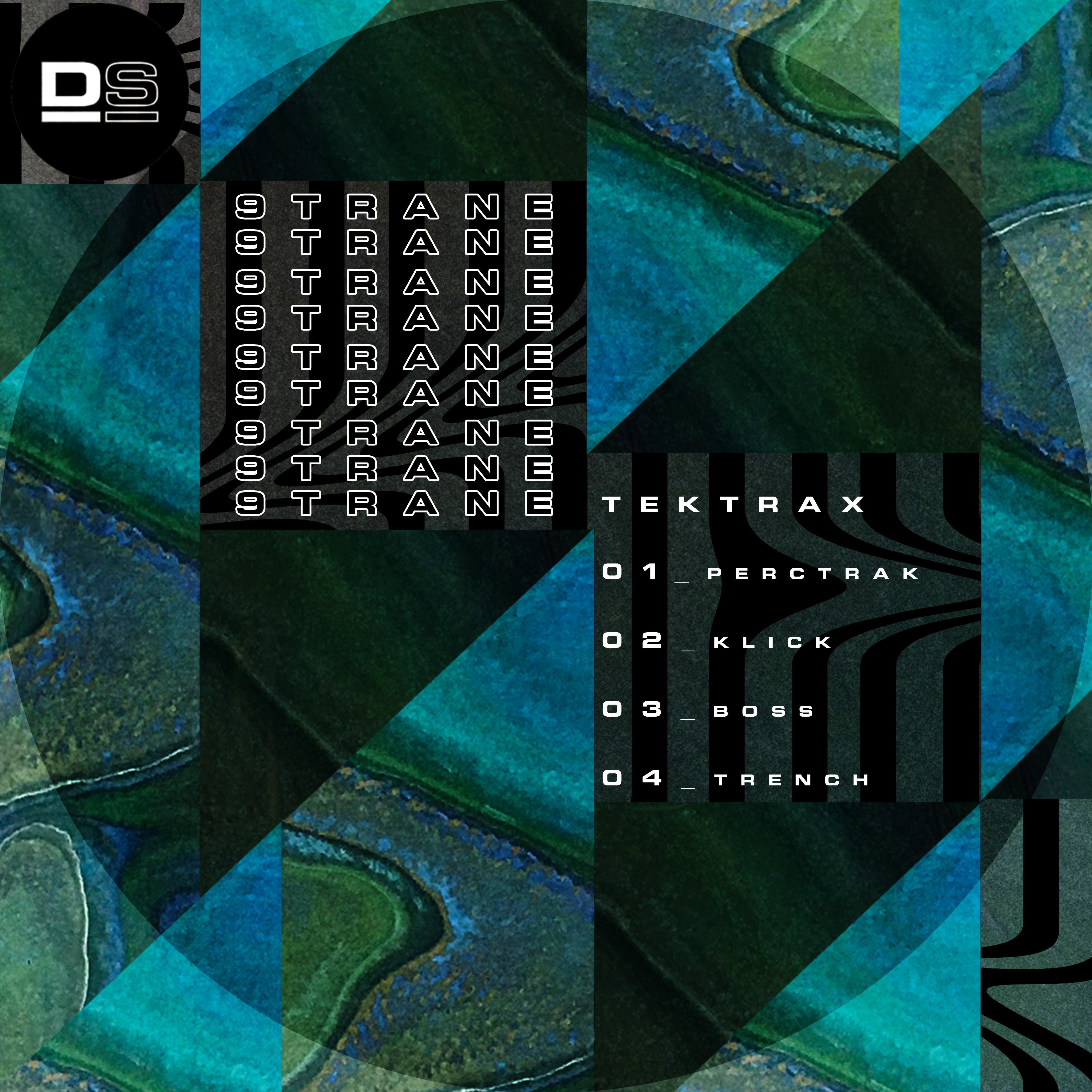 As close friends of threethousand.co.uk, we are always excited to see new music hitting the shelves from the guys at Dissident Sound. We were also excited to see that they had brought forward 9TRANE on an experimental tip, and felt we had to put an official review together!

The EP starts slowly, with ‘Perctrak’s gentle build leading into a sub heavy breakdown, dominated by an ethereal vocal sample. We’re then launched straight into a drop clearly inspired by 9TRANE’s previous grime and dubstep productions, with eski clicks and 808 bass abound.

‘Klick’ starts off with a bouncy 4×4 drum pattern, straight away the track leaves an impression of energy. The breakdown before the drop sees the introduction of the onomatopoeic vocal sample the track is named after, and after a 16 bar build we are launched into a powerful bass-heavy breaks inspired drop. The subtleties of the hats really start to come through here, and once you notice them they’re not going away. The entire track gives off a powerful dark energy, definitely one for those closing sets.

Straight out of the gate, ‘Boss’ oozes techno influence. The kick cuts through the mix, setting the tone, whilst the other percussive elements set the pace for the track. The breaks and pauses keep an element of surprise, adding to the energy when the drums are brought back in, alongside a sweeping sub bass that’s sure to resonate throughout the dance floor. Dark yet grooving, this is definitely a tune you can imagine pounding away in the depths of Berghain. By the end of this EP,

9TRANE’s new stylistic approach to this new genre as becoming clear. ‘Trench’ sees a sub heavy drop complimented by simple yet effective percussion, cemented together by a chopped vocal. The drums are grooving, with just the right amount of swing to keep a dance floor moving. it may sound like a familiar approach, yet 9TRANE has managed to make it his own, in a brand new genre. Overall, a great addition to Dissident Sound’s portfolio. Many of the tracks have seen some serious support, and that’s only set to keep on growing as word gets out! We can’t wait to hear what Dissident Sound and 9TRANE have in store for the future!