Over the last 18-24 months, we have noticed a serious influx of breakbeat influence slowly but surely drip feeding its way into the more mainstream UK Bass set up. Now before this gets misconstrued, breaks has always held an influential position within the UK dance music scene, all the way through from hardcore to jungle, however we feel the last couple years has given rise to a new, almost hybrid genre between 4×4 Bassline themes and choppy, intelligently imported breakbeat loops.

Obviously music evolves, and as ever, the rhythmic importance within genres ebbs and flows with the tide, with some dances wanting straight flat 4×4 tearout sounds, and others looking for a more groovy approach, which we have a strong feeling is one of the reasons for the massive resurgence in UKG within the scene. People may not know it yet, but they want a bit of rhythm in their dance music.

Now breaks come into this equation when 4×4 starts to sound a bit stale. We have seen numerous producers decide to draw for the little indents and grooves with classic break loops to spice up the syncopation within their drum sections, and when expertly sliced, it sounds magnificent.

Labels such as Saucy Records, Broken and Southpoint have all been championing this fusion sound over the last few years, which has seen the rise of some very exciting artists such as Affiliate, Negativ, BTW, Greed and more, who are all thriving off this new, refreshing update to UK bass music, giving us some seriously tasty originals to enjoy.

This is a step forward for UK Bass music, embracing a rhythmic element that we feel breathes an entirely new lease of life into the genre. 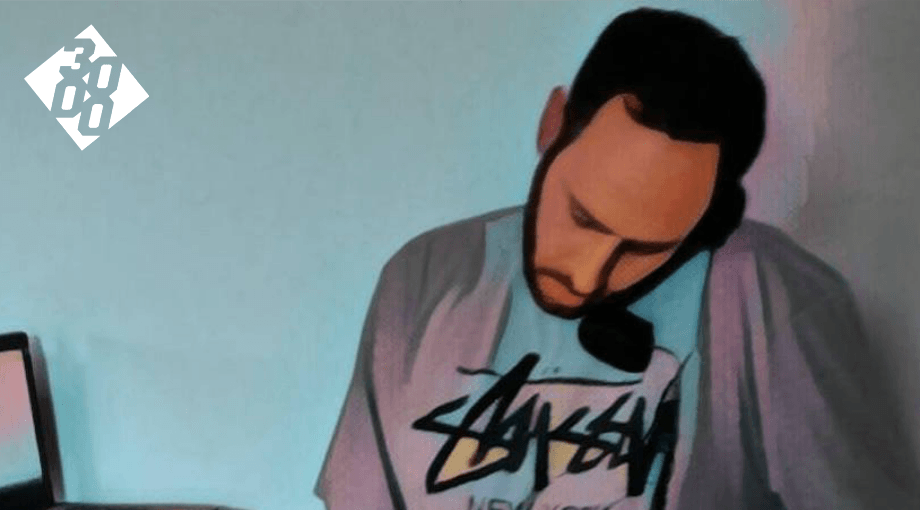 His most recent release came to us courtesy of the legendary Slime Recordings, who are having one hell of a 2019 if we do say so. The EP itself is a great example of modern breaks in their rawest form, and from this EP we can see how so many producers have become inspired to chop and slice breaksy themes into their creations for that added dip of spice.

We were lucky enough to chat to Pressa about both the release and his feelings towards the rapidly rising breaks influence on UK dance music. You can check out the full interview below:

So how long have you been building breaks originals?

I was making breaks laced dubstep around 07/08 which didn’t get further than dubplate (actual physical ones, got them still) as I wasn’t really ready to release anything back then. Been making straight up breaksy stuff since just after that, making my first releases in 2010 being released in 2011. Top Drawer Digital was the first label to release, big up Lucas!

What was the original inspiration to get involved with the sound?

I grew up on UKcentric music coming from a family listening to pirate radio and dance music a lot so think the influence was always there. Getting in to the sound just came naturally I suppose. Like I said before, I was making dubstep and was heavily in to the scene. I would feature breaks and classic rave sounds in some of my music and I just turned more and more in to full on breaks. At the time several names were being thrown around for this musical style such as 140 jungle, jungle breaks and future jungle.

How important are breaks samples in today’s scene?

Well they are getting used a lot. I’m hearing them all over the place, not just the breaks but those golden era sounds that keep getting recycled. I’m actually sourcing my music for sets from a lot of genres, the techno, house, breakbeat, bass, downtempo sections in music stores are getting hit a lot! I think that’s why the around the 130 tempo is good because you can fit a lot of styles in there without bumping the pitch too much and making everything sound too slow or fast.

Do you feel they are often under-appreciated?

I dunno. Maybe the genre is but the sounds being used elsewhere are definitely not.

What would be your favourite breaks track?

That is too hard to nail down one track.

I’m a huge fan of Special Request, he’s made so many anthems and pushed the sound to new heights. I love Denham Audio’s “Make Me”, such an anthem and always gets a great response. Those are 2 people/tracks that are currently smashing it and I’ll draw for.

This new EP you have out on Boss Mode is a heavily breaks and hardcore influenced selection, how did it come together?

They are 2 tracks I was working on for maybe 6 months. Think I wanted them to have a kinda hardcore breaks, techno and bass music vibe so I incorporated those flavours in there. Andy at Boss Mode asked in the All Colours group on Facebook if anyone had any breaksy beats he could put out on the label. I checked them out and saw that it was part of the legendary Slime Recordings group so I happily sent him “Tronik”. He asked for more so sent I him “ADHD”, we agreed on getting KXVU to do something different on the remix for the latter. It came out very quickly so big ups to Andy on that!

How would you define each track?

With “Tronik” I wanted to do a different rhythm structure to the norm so went with a rolling triplet snare groove. The bass I think is quite reminiscent to some of the late and great Spirits stuff RIP, that wasn’t intentional but you know, great music rubs off on you.

I went more traditional I suppose with “ADHD” going with a 2 step groove but progressing the drums throughout the track. I kept the bass minimal with switching stabs.

What else is on the Horizon for you?

Got some stuff in the pipeline on a few labels that I’ll go in to more ASAP. I’m putting together a Subsidance compilation to represent the sound I’m pushing at the events and on my Sub.FM show (every 4 Sunday’s 11am-1pm GMT), and to launch the label. It’ll be repping artists that play and support the night as well as those whose music gets played there a lot.

The Subsidance nights that I organise will carry on at it’s home at Aaja in Deptford, south London and we hope to collaborate with other brands in London and further afield.