We send Pundit to chat to Bristol’s own RightMind

Here at 3000 we’ve been keeping an eye on Bristol-based rising star RightMind. Over the last year he’s produced a very interesting discography, featuring a collab with Dread MC, and he’s also just remixed a track for FooR! We thought it was high time we had a chat with the man himself… 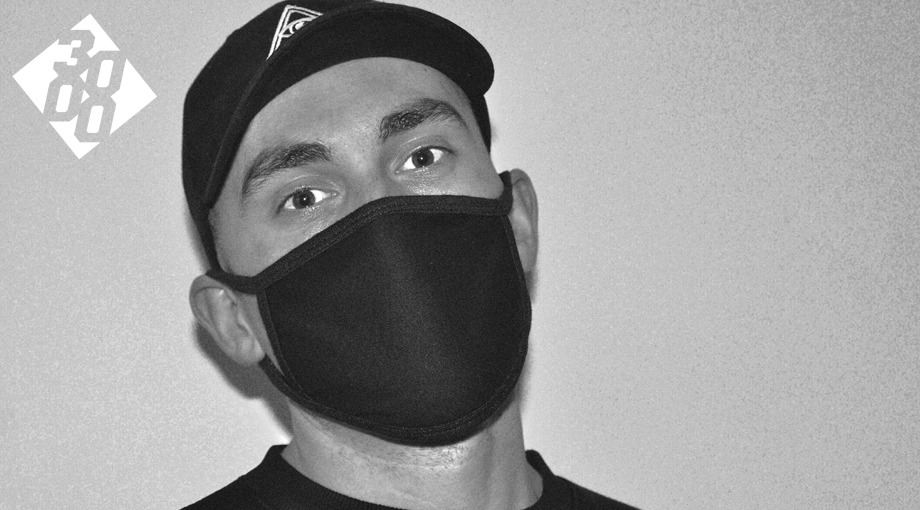 Yes yes bro I’m all jiggy, thank you for having me!

Glad to hear it, and you’re welcome! I know RightMind has been a long time in the making – I remember you talking about the project at the Saucy takeover in Guildford at 33hz last year! A lot of people will already know you already as Zurra, what prompted this new alias?

Yeah this has definitely been in the works for a while! Anyone who knows me personally will know how passionate I am about Bass music. I needed another way to channel my creative output alongside what I was doing as Zurra, so it just made sense to start a new project from fresh with complete freedom to do what I want with it.

Will we ever see any RightMind ‘remixes’ of Zurra tunes (or vice versa)?

Oh you absolutely will. That was a big part of the plan right from the inception of RightMind. A lot of that will be available in 2020.

Very excited to hear some of those! You’ve already got quite a unique sound to your tracks, the synths are very ‘digital’ sounding if that makes sense? It almost seems to take inspiration from the early 2010 era of dubstep! If you had to choose the 3 artists that’ve influenced your style the most, who would they be?

That’s very kind of you to say! I must be doing something right if that’s the case! To be honest that era was the main reason I got into production in the first place. There’s no hiding the fact I’m a huge My Nu Leng fan. There’s definitely a hint of Joker in some of my newer stuff. And my boy Barely Royal has also played a huge role in how I’ve crafted my sound for the RightMind project too.

Great choices! So how do you sit down and make a track? Are you one of those producers that just constantly make tunes, and we only see the ones that make the cut? Or would you say you obsess over a song until it’s finished?

I actually have a schedule that I stick to. One week I’ll dedicate to Zurra, and the next will be solely focused on RightMind. Every day is dedicated to something different, whether it’s sound design, arrangement or mixdowns etc. Time management and organisation is key in my opinion. I make a lot of stuff that’ll never see the light of day. I don’t like to spend too much time overworking tracks cause I always end up falling out of love with them. If I’m vibing with something, it kinda just puts itself together.

Wow so exceptionally organised then! I might have to try that out myself! What’s been your favourite release of yours so far?

My collaboration with Dread MC, “Search & Destroy” did quite well in the Beatport charts and picked up a lot of support from some of my favourite DJ’s. As soon as I made the beat I knew I wanted Dread on it. He smashed it. I’m only a handful of releases deep since my debut in June 2019 so my best is yet to come.

Good choice, that’s ones of my favourites of yours as well! And favourite release from another artist/label?

Everything Axel Boy releases is gold. He’s got one of the most interesting sounds in Bass music. I was always a big fan of him during the UKF dubstep days, and I think he’s doing something very different with his current stuff. Very forward thinking. His new EP on Circus is just crazy. Negativ’s ‘Entropy’ EP on Southpoint is another huge pick for me too.

What have you got in the pipeline? Any exciting new collabs/remixes?

I’m lucky enough to have a lot of music in the works with so many talented people. I recently finished a collab with Tengu which I think is going to inflict some serious damage on the dance floor. I’m also wrapping up collabs with FooR, PVC, Kirbs, Sheppy and loads more too. I recently remixed Cafe Del PaaR by FooR which came out on their label YosH, and I also dropped a track with Barely Royal on Saucy Records’ new compilation Condiments Vol. 01. It’s safe to say I’ve been busy!

Oi oi! Very excited to hear all of those! Where can we next catch you behind the decks?

It all kicks off next year. When the dates and venues land on my socials you’d be wise to get involved, cause you’re not gonna want to miss what I’ve been putting together for my sets. That’s all I’m going to say for now….

Love to hear that mate, sounds like you’ve got a lot of exciting stuff on the horizon..! Thanks for stopping by!