Posted 20/2/20 in 3000 Blog
Share
Tweet
Pin
At threethousand.co.uk, variation is everything. As a collective of writers and individuals we can safely say that our routes into dance music in general are all so different and yet so similar. We truly believe that there are no boundaries with electronic dance music and the more we can cover, the happier we will be!
Today we are taking a slightly different path to our norm as we head over the to the Champion Records camp for an exclusive premiere. For those that aren’t aware, it is somewhat of an honour to be working alongside the Champion team, being one of the most influential yet undercover label profiles across dance music as a whole. Headed up by the living legend that is Paul Oakenfold, Champion have played host to some of dance music’s most popular tunes across the world, including Kristine W’s ‘Feel What I Want’ and of course the untouchable ‘Show Me Love’ from Robin S.

Today we are diving into their latest release remix project, seeing them bring together four spicy reworks of Raze’s ‘Break 4 Love’. The project holds some gems for certain, from Rob Made’s incredibly cheerful Disco rethink, to a breaks infused oldschool overhaul from Child Of The 90’s. We also taste some original UKG flavour with BK298’s shuffling recreation, before diving into our official premiere of Block & Crown’s official remix, which can be streamed below.

We were lucky enough to catch a few minutes with Block & Crown to really dive into the themes behind the remix and the recent history to go with it. You can check out the full interview below: 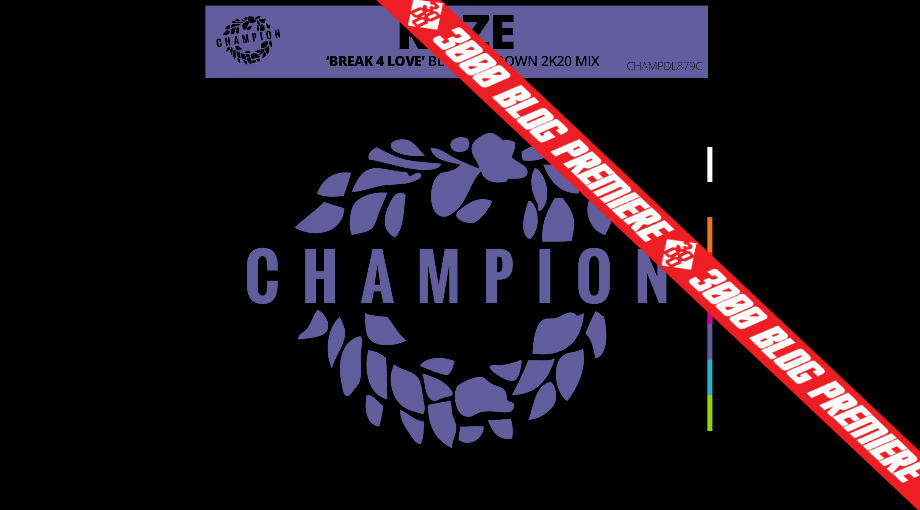 Hi there, thank you for this opportunity, last year was amazing, I had loads of tracks that hit the #1 positions on both Beatport and Traxsource, great result on streaming portals as well, the #1 position in BeatStats as the best selling artist in Funky House and a #3 in best selling general chart.


You seem to be constantly releasing new music, is the creation something that comes very naturally to you?

Most of the time inspiration comes when I’m in the gym or listening to DJ mixes on Soundcloud, there’s a lot of good music out here.
What piece of studio equipment is essential to your process?

In fact, that depends on which style I produce, when I go into Jackin House (Block & Crown) or produce a more vocal track (Luca Debonaire) but think the JP 8080 is still a magical synth for me, after all these years there’s (for me) still no plugin that beats this monster 🙂
Who were your main influences across 2019?

I Like what Martin Ikin is doing right now when it comes to Tech House, I think he created a bridge between the more House vibes and Tech, that’s the reason why I think he reaches such a big audience.David Penn is also doing magic now.
Ok let’s move it forward then. You’ve been featured on this fantastic remix project, firstly how did it all come together?

When I was an active DJ myself back then (these days it’s only production) I use to play Raze ‘Break 4 Love’ a lot, you can say it’s an all-time classic, when I got the opportunity to remix it , I was more the happy to do so 🙂
How has it been working with a label as legendary as Champion Records?

Amazing label, for many years on top with quality music, which is rare these days to see such “old” labels still move on top, respect for that.
What was the thought process behind your remix, as it has quite a nostalgic feel from the off?

Rather simple, I wanted to keep the original vibe, not go in a 100% different direction. The remix was done in 1 day, so it all came together quickly.
The project is stacked with other tasty reworks, which one is your favourite?

All mixes have their own feel and vibe. I must say that I like the Rob Made Disco Mix (https://www.musicis4lovers.com/break-4-love-rob-made) the most as that’s rather close to what I like.
What else is on the way for 2020?
A lot of Tech House I produced that’s coming out on well established labels like Toolroom, Zulu, In Stereo etc, I also have some pop cross-over music under my Luca Debonaire moniker, so a lot of music is coming.
Any other shouts?
I would like to thank Robin Tabor for giving me the opportunity to remix Raze, I can now move it of my bucket-list. As well as you guys for the interview!