Within bass culture and beyond, The 3000 Network is constantly trying to improve and bring you new features and series’ to fully document the scene, be that articles, interviews, guest mixes, premieres or whatever else takes out fancy.

We have noticed a surge of submissions enter our inbox recently that have asked for specific pieces of feedback, which got us thinking, what if we could offer this as an official service here, through threethousand.co.uk.  We are very happy to say that we have been able to set up a brand new section of the site, completely dedicated to providing feedback to your original creations, and we have called in a friend to help us out.

Enter: Deadbeat UK, one of the UK’s most hailed bass music veterans, holding a position of near royalty within the scene thanks to his numerous contributions, across mastering, sample packs and his own original compositions. In his own words: ‘I’m just a guy who loves music, everything about it whether its listening, making or playing to a crowd it’s always been my thing.’. His catalogue of high profile shows speaks for itself, having performed at Sector 6 at Boomtown 2016. Warehouse, NASS 2017, Outlook Festival and boat parties 2018, Rock For Churchill Festival, Prague 2018 and My Nu Leng & M8s at Fabric 2017!

In regards to music released, Deadbeat has remained at the forefront of the scene, with a particular highlight being his VIP edition of ‘Certain Beat’, which featured Forca and found it’s way onto the official Pure Bassline CD back in 2017.

This service is something that we at threethousand.co.uk are very excited to implement. Within a very crowded scene, it’s often quite difficult to find genuinely useful, constructive feedback. For some people, posting on forums and opening themselves up to potential stick isn’t the most appealing option and for us, everybody deserves a chance to listen to some high standard industry feedback on their original creations.

Like most top musicians, when asked whether he was self taught in his production methods he replied “Mostly yes. I went on a music production course when I was 18 but at the time the structured type of learning didn’t work for me as I had all these ideas that I just wanted to make come out of the speakers, I never completed the course. I didn’t have my own computer or setup for a while so was constantly round at mate’s houses and studios trying to learn and make tunes. I owe a lot to people that have spent time with me and helped me to learn so I can’t say I’m entirely self taught. Big up Joel (Riskotheque/Spoils/Klax) I learned a lot making tunes with him!”.

We also caught up with Deadbeat UK for a bit of a production chat, which you can check out below:

How important is the mixing and mastering process?
Mixing is very important in terms of getting the most out of your ideas. You could be sick at designing cars but if its not put together right then the engine wont start and your wheels will fall off. You want your music to sound the best it possibly can and on a technical level, the key to a great master is a great mixdown. Mastering is the final stage before release so I would say it is essential if you want your music to be as loud and clear as other commercially released tunes.
Do you have a set of drum sounds you would favour over any others?
I just have a few folders containing sounds I have collected and processed then saved over the years. Some of these are in my recently released sample and preset pack which is available exclusively here. I‘ve been using drum sounds straight from this pack since I made it! 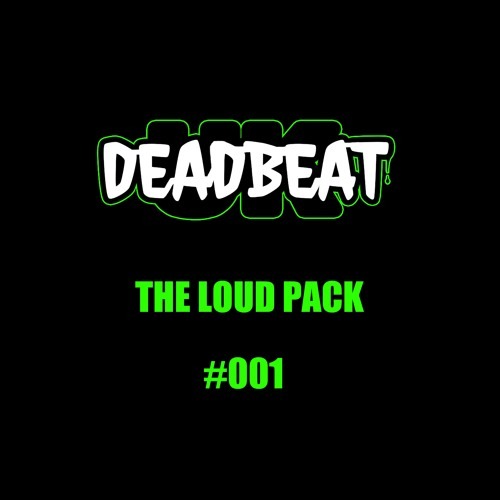 How long do you spend designing your average synth?
It depends but all in all probably no more than an hour or 2 for each track. I spend a lot of production time processing, resampling, processing and sometimes resampling more so I do a lot of work outside the VST especially with bass!
What would be the one piece of advice you would give to a new producer?
Take time developing your sound and don’t rush to get anything released. Make sure something is different about each one of your tracks, you don’t want to sound the same as everybody else. When you feel your tunes are ready, start sending them to DJ’s and don’t be afraid to ask for feedback. If you don’t get much of a response at first just keep going. Passion, hard work, dedication and self belief will get you far! Learn and make music as much as possible, this will be more beneficial than any technical advice I could give. Oh and always check your tunes sound good in mono and make sure your sub is mono!
How would you describe 2019 from your perspective?
It’s been an amazing year! Music has continued to evolve and expand, it’s exciting to witness and be a part of. I have a couple of releases lined up as well as some other projects all of which I am very excited to get out there!
This most recent release, how did this one come together?
My most recent release ‘My Gang’ EP on Project All Out Records has been in the works for a while. ‘My Gang’ has been going off in my sets for the last year and ‘The Best ft Kase‘ and ‘Minesweeper‘ have been doing damage for even longer and with Kase being a member of the original All Out Krew it felt right to put the EP out on PAR.
Are you looking forward to the process?
I have always wanted to help others learn to make and engineer their music so I am looking forward to being able to do this through The 3000 Network very much!
What else do you have lined up for the future?
I have 1 EP due to be self released and another through a label which will be announced very soon! Also been working on other music including a new tune with Forca and 1 or 2 more exciting collaborations. I aim to put out an unreleased mixtape before the end of this year!
–

To make use of this brand new track feedback system: