We host a new banger from DJ Zinc, along with an exclusive interview

Within the UK dance music scene, there are a few people who truly qualify for legend status. By this we mean artists and DJ’s that have stayed at the top of the game for extended period of time. There aren’t many people ahead of the legendary DJ Zinc in this field, a DJ and producer who has overseen so many different eras of dance music, from jungle to crack house, featuring everything in between.

How thrilling for us it was therefore when we were made aware of a brand new album project on the way. We are here today to take a brief look at this new project, which comes in as the third edition of Zinc’s legendary ‘Crack House’ series. 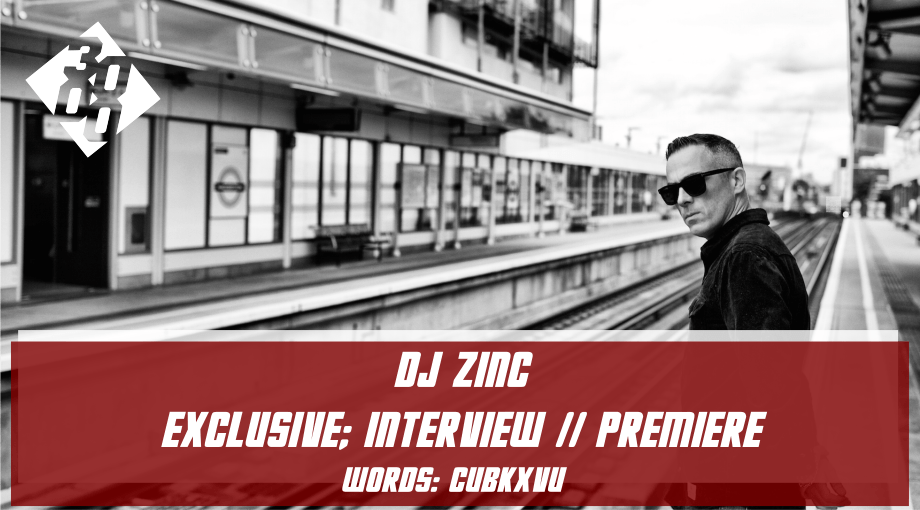 We are gifted 10 absolute heaters, including high profile collaborations with the likes of President T and Kamakaze, two MC’s that have been making serious waves. There is also a wicked collaboration with the highly respected Chris Lorenzo, a producer and DJ who seems to gain momentum with everything he does.

The project from start to finish screams UK bass finesse and is a perfect showcase of where dance music in the UK is currently at.  We had the very great pleasure of catching up with the legend himself for a full length interview, which you can check out below:

As someone who has had a career in electronic music spanning across so many years and genres, how would you define your journey in 3 words?

Starting off in jungle, how would you say the scene differed from how it does now?

I guess you mean the music scene in general (rather than the jungle scene) – the biggest change in music and the world has been pre and post internet – the way we produce and consume music has changed completely. The thing that didn’t change is the music itself, a good tune is still a good tune. but now we mainly make music ITB (in the box) and listen to digital copies of that music via phones etc. that’s a big change!!

What was your favourite song from that earlier jungle era?

I remember you starting to play house sets in the middle of DnB and bass line ups back in the day, a very bold move (and one I respected) especially at a time when house was a genre not commonly regarded as having a bass driven sound. What prompted the decision, were you hoping to convert your DnB fans to your new sound and was it well received to begin with?

When I started playing house in 2009 I didn’t play on many lineups with DnB DJs, as I thought people might find it hard to get their heads around – so while switching to house may have been ‘brave’ – I didn’t really do that much on DnB nights… 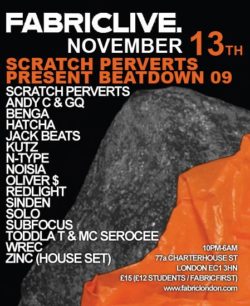 Do you feel the Zinc arrival in the ‘Crack House’ style era had a big influence on what’s happening today?

Who knows! When I started doing it, it felt like a massive hole in the dance scene not to have house with big basslines, and now there are lots 😀

Moving forward to your movements into bassline and bass house, how do you feel about the sound at the moment?

I’ve always taken influence from what other people are doing, but generally just make what I want to hear and focus on that. I like what people like Chris Lorenzo are doing, and the stuff we’re releasing on Bingo but other than that I don’t pay so much attention.

What track of your own would you say is your favourite outside of the jungle sound?

Probably Wile Out or 138 Trek

‘Gammy Elbow’ has become somewhat of a UK Bass anthem in recent times, are you hoping for a similar reaction from & ‘Conditioning’? Also would you consider producing an EP or album with Chris Lorenzo?

I’m glad that Gammy Elbow is popular – if Conditioning is also I’ll be happy, but if it isn’t i’ll be happy also! I don’t really get attached to the outcome of making music, I just enjoy making what i’d want to hear. We’ve got a couple more on the go, so watch this space!

On a production level, which side of things do you find more enjoyment in creating?

I love being in the studio full stop – whether it’s writing new music, or getting tracks to sound as good as possible. I love it all!

Hmmmm both of course, but maybe rhythm 51%

Would you say the industry is more accommodating to newcomers now or beforehand?

Hard to say as I’m not in that position to have a clear picture. I think it’s easier than ever to make music and get it to people you want to get to, but the flip side of that is there are many more people all trying to do the same thing. The barrier to entry has dropped which is great overall – when I started I had to wait until I met someone with a studio to make my first track, maybe 2 years from when I wanted to, until I actually did. Nowadays you can start almost straight away.

Who are the newcomers you are looking out for at the moment?

Dommix and Hot Goods are both making tunes I like

What is next for Zinc, and of course Bingo Bass?

For me – I’m gonna keep making music I want to hear. From more vocal stuff like ‘Wile Out’ and ’Show Me’ through to the usual club bangers.-

Any other shout outs?

Thanks to everyone who supports what I do in any way. I have a great life and its largely down to those people, so I’m v grateful :D.

We are also lucky enough to host one of the tracks from the album, which goes by the name of ‘Conditioning’. which you can check out via our SoundCloud page below:

Crack House Vol.3 is out now and you can buy it here:
www.beatport.com/release/crackhouse-vol-3/2600685