We catch up with Usual Suspect to talk travelling, new EP and more.

As bass music grows and expands, so does the will to explore of those producing it. Genre-wise, bass music as a concept is becoming a worldwide phenomenon, with countries and states around the world all wanting tog get involved and add their own unique twists and turns. It is only natural therefore that the idea of travelling, outside of music and purely for discovery is something a lot of musicians find themselves wanting to do. The idea of taking in new experiences and beholding new cultures is a source of discovery that goes hand in hand with inspiration in any creative field.

Prior to this, it has been a while since we have heard anything from Usual Suspect, who has spent a long period of time on the move around  the world, taking in new sites and different types of lifestyle, whilst all the time remaining keen on getting back into the studio to put together some new heat. He has done just that as he today unveils the long awaited solo EP that has been named ‘New Earth’, a name which perhaps page homage to his recent escapes discovering new parts of the planet. 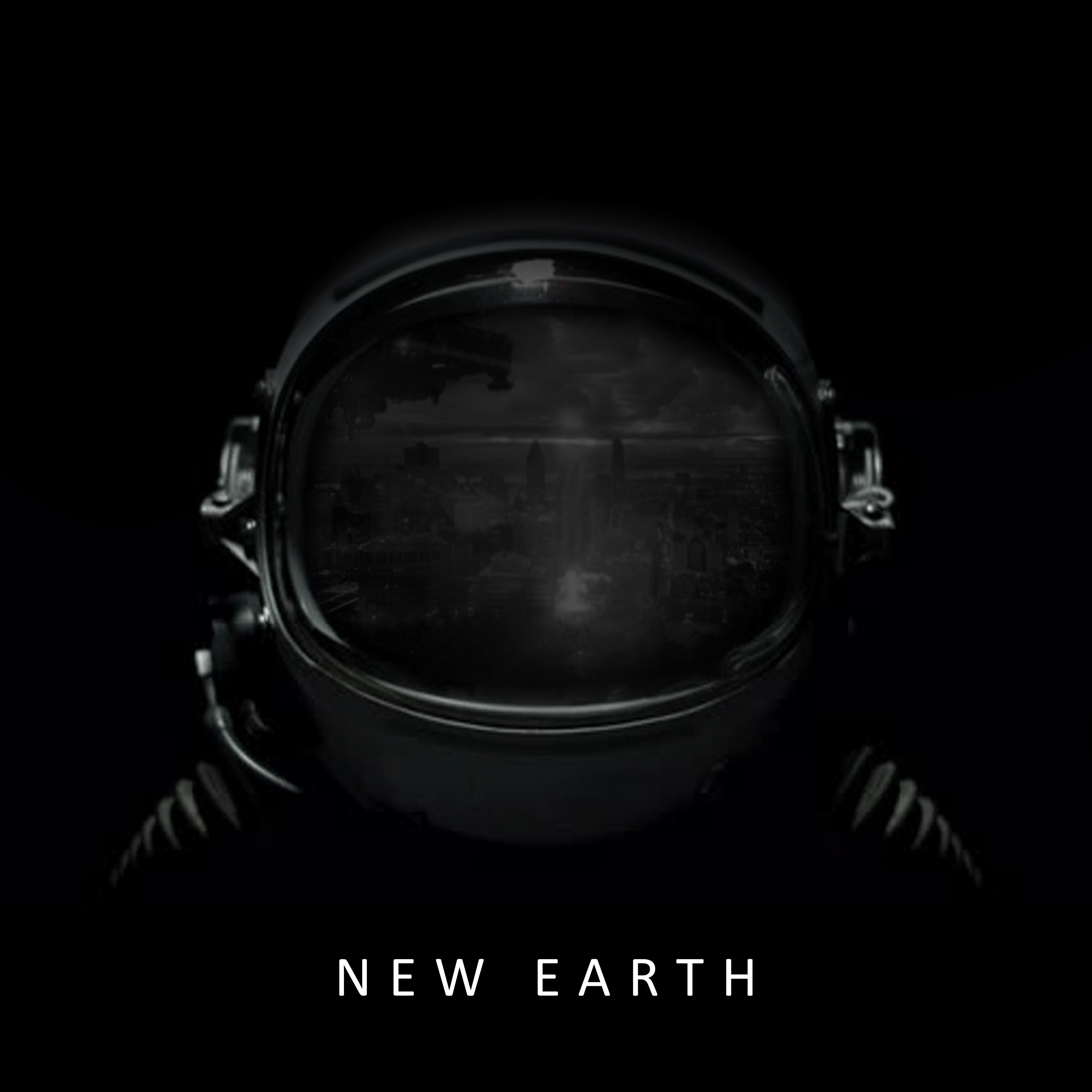 The release itself is an excellent showcase of Usual Suspects ferocious production style, working primarily with gnarly, reese-like bass tones to give all of his tracks a real sentient feel, the melodies and synthesizers almost seeming to come alive more and more as each track progresses. As well as this, Usual Suspect shows a very good maturity in regards to his use of drums, with his percussive and rhythmic elements all possessing a unique, breathy tone.

The EP kicks off with a stunning cinematic expanse, pulled to get by huge scale pad harmonies and alternating moogish synthesizer sweeps, culminating in an incredible piece of soundscaping, displaying a more delicate side to his production toolbox. We then leap into the main beef of the EP, with the sharp, punchy bass design and drum slaps of ‘Bionic Forge’ being an immediate stand-out, primarily for it’s super clean production ethic. 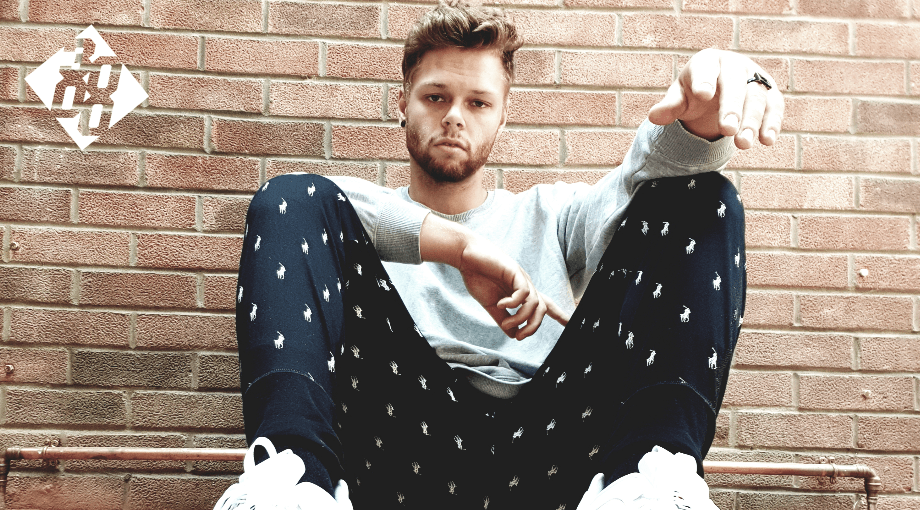 This is chased up quickly with the more breakbeat drum structures and chilling atmospheric overlays of ‘Undertow’ before the extremely synthesizer structures of ‘Iridia’ leaps to the front row in typical Usual Suspect style, launching big room bass leads out to cause a ruckus in any dance. Finally we take at a new area for Usual Suspect as ‘Afterburner’ arrives in a fresh D&B format, focussing on warbling, swampy bass sounds and super crisp rhythmic elements to round off a fantastic body of work in style.

We have attached the EP below for you to enjoy for yourselves, followed up by a full length interview with the man himself about the influences he gained from travelling and how they were then used with the structure of the EP!

How long has this been in the works?

I began the EP over a year ago now, I think it was August 2018. I wanted to be patient with it and approach each track with a story to really give it a theme, so the first month was just coming up with basic sci-fi stories to base each track around. The actual first production took place in september and followed onwards.

So you’ve been travelling around the world during the creation of the EP, how have you found balancing a portable studio?

The aim was for me to get the basis of the EP finished before I left to travel in December, which I managed to do! I really wanted to use this time to plan & work on something new, which I’ll talk about later. In the places I was travelling, it was going to be impossible to find myself a good studio so I just ensured that what I’d left myself with was possible with my DT990 headphones…I read up a lot on headphone based production beforehand, and actually I’ve really come to enjoy using them more frequently than monitors. 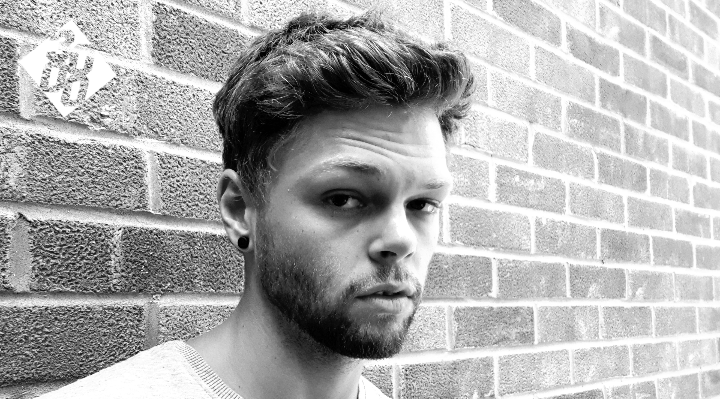 Do you feel it has influenced your sound?

Definitely. I’m a firm believer in psychological factors affecting production. Different headspaces are going to produce different effects. Normally, my workflow involves constant production; every day I’d get up and just continually produce, so I wanted to try something new where I put myself in a completely different situation, and work on each idea a little every few weeks or so to see how the new things I’ve seen and learned in that time would influence it. It’s strange to explain, and hard to tell in this genre of music, how a trekking through a beautiful mountain expanse or clambering through temples and caves can change a song, but it’s more about how it changes the way I go about my production as a whole. My mind was rich with excitement and new experiences which for me, comes out through production.

Which track was the funnest to put together?

I’d say Iridia gave me the best vibe in the studio as I’ve got a thing for powerful sounds. I designed it pretty much exclusively for live shows and big audio systems, so pretty much every element on the drop punches you in the face. But to be honest, my favourite part of producing is technical sound design, so Bionic Forge comes out on top for me as the most fun, from first writing it to the finishing touches.

What’s next on the horizon for you?

I’ve moved to Bristol to work on a brand new project which I’m very excited about. I’ve only just managed to get back in the studio in the past few weeks, but I’ve been using everything I learned during my time away to produce with a whole new approach and workflow…and so far its moving along nicely. This project is what I’ve really been planning and building up to over the past year, and will be using my style in a whole new way. It’s a big, big change and I’m stoked to get it going, but not going to release much info on it yet!

Shout out to Dread MC for getting involved with the EP, really a great guy and he’s actively doing a lot for the producers who are holding up this scene right now.

Also big up Foundry for feedback and support, and massively to my boy Simon Says who’s been there from the very start and never stops supporting my new direction in music!