Posted 17/2/19 in 3000 Blog
Share
Tweet
Pin
It’s a very exciting time for the Leeds based bass dynamos known as Vital Techniques right about now, who seem to be hitting a serious patch of form, both in their live performances and releases. As an entity, the boys have been smashing it with the tracks they have been putting together, catapulting themselves to the top end of the spectrum within the bass scene.

We have also seen their label project: Second To None becoming quite the force as a release platform, showcasing the best of Vital Techniques with regular, well structured release campaigns, headed up by eye catching artwork and a general look of real professionalism. The latest release in the run from these guys goes by the name of ‘Moving Mountains’, featuring four tracks, varied in genre but all packing a major punch.

This release also features heavyweight appearances from the likes of MC Pean, along with a couple of legendary mic men from Leeds in Dialect & P Solja. 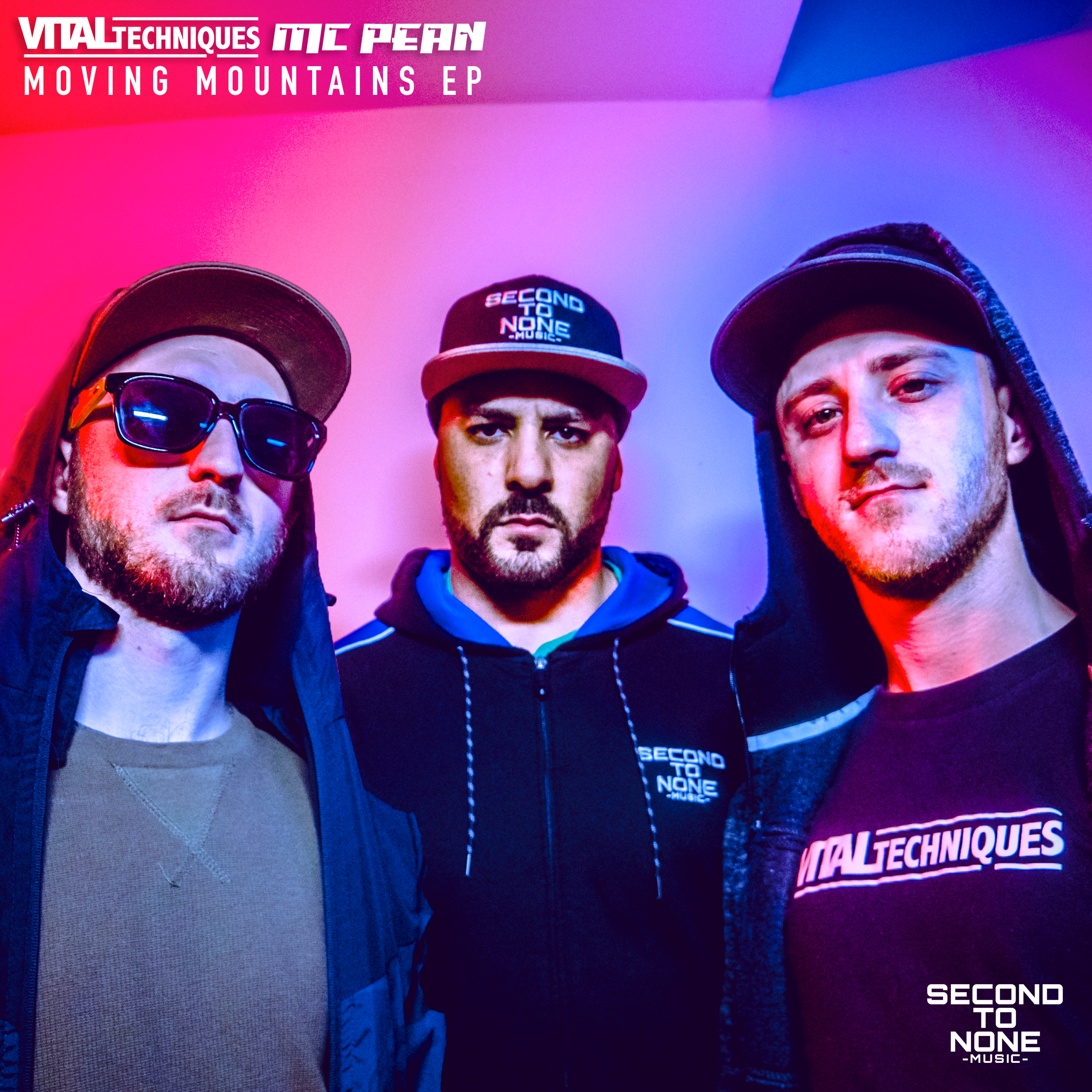 The duo have a couple of really exciting show dates in the works, including a landmark appearance at the last ever Outlook festival to be held in The Fort.

If that wasn’t enough, the team recently set off on a tour, and not just any tour at that. For the last few weeks, Vital Techniques have been flying sky high, performing to packed out crowds around The Alps. This is the type of tour that DJ’s dream of, taking in the stunning heights of the biggest mountain range in Southern Europe. 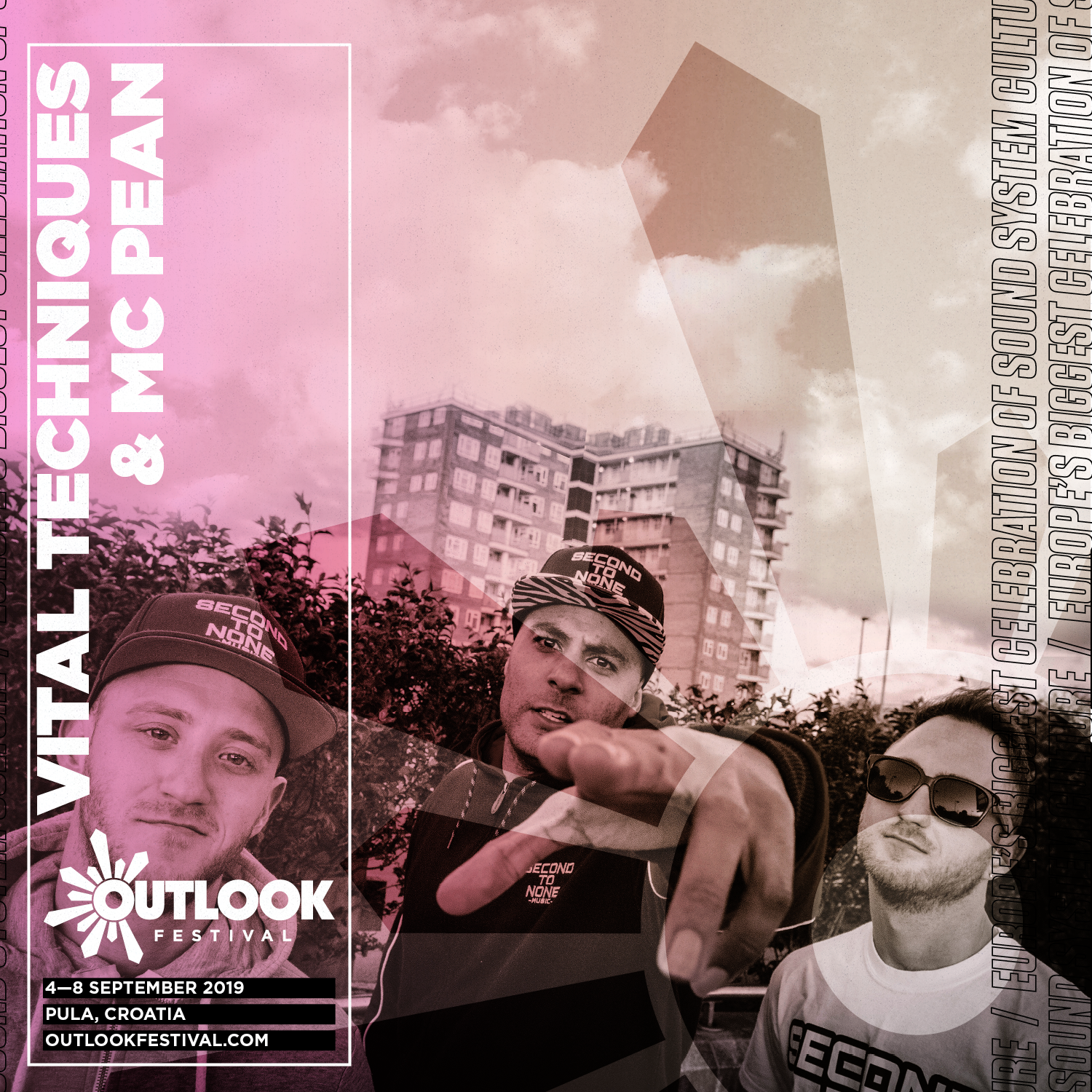 We were lucky enough to catch up with them briefly for a chat about everything they currently have going on.

So, first of all, how is the tour going?

The tour is amazing. Everyone here is out for a good time and we’ve been bringing the vibes to packed out clubs each night. We’ve hit up 2 of the venues so far and got a final one left to do. Been nuts! We played with Uncle Dugs last night as well in Tignes and the place was rammed front to back. Everyone is here to have a good time and its been pure energy.

What is it like spinning tracks up a mountain, aren’t you nervous you may cause an avalanche?

It’s possible! We are literally in the middle of the Mountains which is very fitting considering the name of our brand new EP. But yeah the new EP is packed with bass so avalanche crew on watch!

The name of the EP is Moving Mountains, did you build it specifically to co-inside with this tour?

We had the EP ready to go and when the tour came into play it was around the same time we were naming the new project. It seemed a perfect fit. Over the years we have literally moved mountains and never stopped with the hard work so it made sense in a metaphorical way as well but then to have the angle of the tour and be able to go to promote it in the mountains of the French Alps just seemed perfect and had to be done.

Which is your favourite track from the project?

Has to be the title track ‘Santander’ that features Dialect & P Solja. We’ve shot a music video for it which drops on GRM Daily on Monday 18th Feb at 8pm so watch out for that one!

These guys are the best in Leeds and some of the best MCs in the UK and with them about to be on the next Lord Of The Mics its a massive impact track. Its gone down sick each night we’ve played. But saying that each track from the EP has… plenty to chose from and something

The EP is 4 tracks and we wanted to bring a different flavour to each one, representing sounds that we play in our sets. So theres a grime track, a UKG one, a dubstep banger and some 170bpm business to wrap it up.

Is this the first time you’ve been to the French Alps?

It is yeah. And hopefully not the last… would love to come back out here to play again in the future. But yeah non of us have ever been on skiing holidays so the whole trip has been a new experience for us.

It may sound corny, but does the scenery inspire you musically?

It just inspires us as a whole. You don’t get a chance very often in life to be immersed in such beauty. Its definitely eye opening and has made us very thankful that our music has allowed us to reach places such as these. Its inspired us to keep working hard at what we do and keep making the music that we love so that we can continue to go around the world seeing these amazing sites whilst playing our own music. You can’t beat it!

What has been the funniest story for the tour so far?

There’s been so so many! We would have to say though one evening in a fancy restaurant, a foreign couple staring at us in complete disillusion trying to understand our weirdness but actually being quite rude watching us eat… and Pean just turning round and straight up staring them out to make them feel as uncomfortable as possible. We were in stitches and had to rate him for throwing the ball straight back into their court and seeing how they liked it. Was comedy gold! They were literally staring at us watching us eat and then discussing us and Pean didn’t really appreciate it! haha. Was so funny but you had to be there.

Also trying skiing and snowboarding for the first time was funny. We got thrown straight onto a big slope with no practice… as you can image it was bail central! Although Pean did quite well by the end and picked it up nicely… I think he’s now looking to take up snowboarding on dry slopes here so that in the future he can hit it up proper!

Is this something you would look to do again?

What do we have to look forward to from you in the future?

We have the music video for our main track from the Moving Mountains EP ‘Santander’ dropping on GRM daily which is huge for us!

In March we also have our debut at Fabric which we are very excited about!

We have also been confirmed for Outlook Festival and Balter Festival and hopefully will stack a few more up by the summer time! We’re literally just continuing to work hard and keeping the music coming!

Thanks to Bass Station for booking us for the tour! Pure vibes. Shouts to everyone supporting the tunes and Second To None Music.

And thank you to 3000Bass for the feature! Make sure you check out our ‘Moving Mountains EP’ which drops on Friday 15th Feb. Woiiiiii oiiiiiii!

You can check out the full EP below:
–
We were also lucky enough to host an exclusive mix from the guys, the second volume of our newly launched ‘Production Mix Series’, and as you would expect, this mix is comprised entirely of their own work, showcasing their talent and musical range, which you are able to check out below:
–