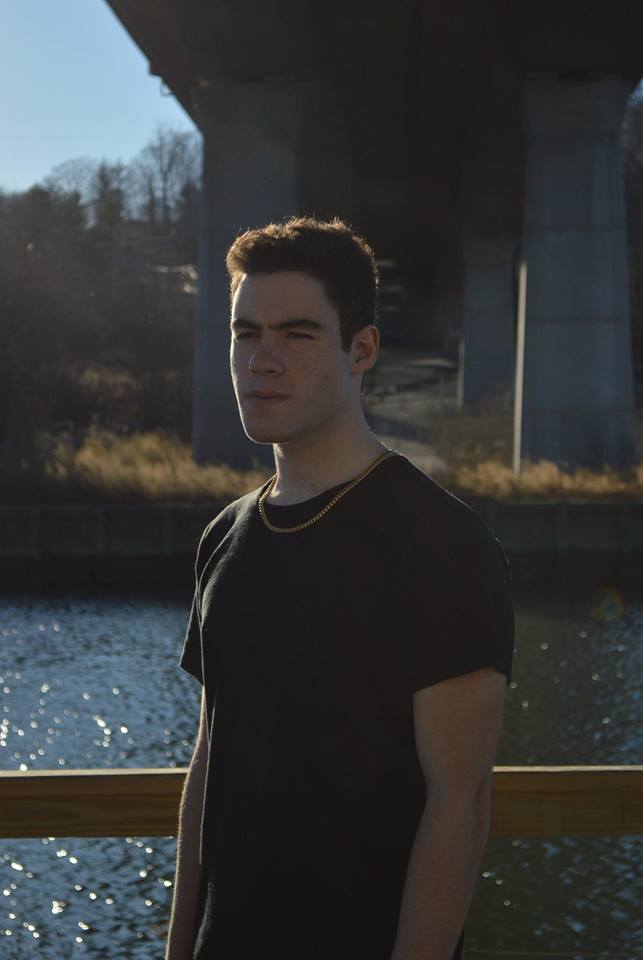 Upon first listen you’d be mistaken for thinking that J Fella had been around since the scene began. With stomping kick drums, emotional vocal leads and bubbling basslines J Fella manages to touch upon that sweet spot left by old school artists that at present remains underexploited. Aside from his deliciously nostalgic tunes perhaps the most remarkable thing about this producer is that he’s a New York native.

Charting a rather spectacular course from the East Coast of the US to South Yorkshire’s Sheffield, J Fella’s story thus far is one of dedication and a love for a scene he unpredictably found himself in. I was lucky enough to borrow J Fella for a quick interview which can be found in full below:

Q: To know someone who’s even heard of Bassline in the States is a rarity: what was it that first got you into the genre and do you have any stand-out influences?

A: I first heard of bassline back in ‘07, it was a random mix someone on YouTube did which had that classic, skanking smiley gif matched up to the 140bpm’ness. I was all like “what is thissssssssss”- fuckin’ bumping. I would say T2 was a standout influence for me at the time, and people say they can hear a bit of T2 in my tunes and that makes me feel happy.

Q: Haha that smiley gif has done the rounds! I can also completely hear the T2 influence as well to their credit. For anyone not familiar with your sound there’s a real old-school flavour to your tunes – Was it a conscious choice to produce music in this style or was it just what came naturally?

A: I’d say it was a conscious effort to make the old school sounding wobblas at first because my roots in production are actually slower New York/London bass house stuff. But when I started making the Niche it seemed my tunes were just gluing themselves together effortlessly – a natural flow that I wasn’t getting with my other productions so I stuck with that.

Q: Your tunes do sound super authentic and that’s what first brought my attention to your music; they really wouldn’t sound out of place in an old-school compilation.

A: That’s what I’m going for – them womping booming basslines counteracting the soft RnB vocals in the best way.

Q: Trust me bro, that’s what it’s all about. So fairly recently you actually made it over to the UK to play a show with the Off Me Nut gang. Was this your first booking in the UK and what did it mean to you coming over?

A: Yes not only was this my first booking overseas, it was my first time overseas. It meant everything that I was getting called over from the best independent bassline label in England to play a couple nights with them, respect to those guys forever for that, Tich, Mike and Charlie and the rest of the Off Me Nut Crew. England’s nightlife 100% reminded me of New York nightlife the way clubs were laid out and the crowds. It was such an odd thing to hear my own music on a club system, but it f****n bumped.

Q: Honestly as somebody who’s just observed your story from a distance it was so nice to see a love of music bringing people together across continents. I actually had to miss your show because I was working and I don’t know if I’ll ever forgive myself for it. Do you have a highlight from your trip over to the UK?

A: There’s gonna be another time I’m over there guaranteed so no need to feel down about it bro!

Q: That’s reassuring to know – I think the scene could do with a lot more J Fella.

Q: Can’t even imagine how that must have felt – super surreal I imagine. Well J Fella unfortunately we’re almost at the end of the interview, but it looks like your music career is just beginning and I’m hyped to see where it takes you. Is there any music in the works or any projects you’re working on right now that we should look out for?

A: Well things are taking more time than I expected and that’s just the way music is sometimes, the motivation comes in and out but as long as I keep hearing people are hyped about me it’s gonna keep J Fella around for some time I think, and at the moment I’m working on an LP or maybe even an album. As more guys/girls feel what I put out, there will be many more dutty stinkin’ wobblas.

Q: Mate if people don’t already know, they need to know. J Fella, you’re a legend and I know I’ll be hearing more from you for years to come. Any final words/advice for any budding producers out there?

A: Thanks for having me it was a pleasure and much respect to 3000 for pushing some decent fuckin tuneage out there. A word or two to the producers who think it can’t happen, well it f****n’ can. Badda bing badda boom.

Many thanks to J Fella for giving us here at threethousand.co.uk the time for a quick interview! Links will be provided below so you can cop/stream his music and make sure to follow him for future releases: