It’s an exciting time for garage music around the world as the buzz of one the UK’s greatest ever musical exports continues to infuse and grow across the planet, finding its own pockets in every continent. We are loving the fact that the UKG is looking so healthy again, not just as the higher, more pop-end levels of the spectrum, but also at the foundation underground levels.

For today’s premiere we are taking a ride across the sea to Melbourne, to take a look at a very interesting producer by the name of Angus Green. As a true electronic music enthusiast, we have seen Angus deploy his skill sets across multiple different genres over the years, with his latest release taking the title ‘Eternal’, coming to us from local imprint: Chill Holla 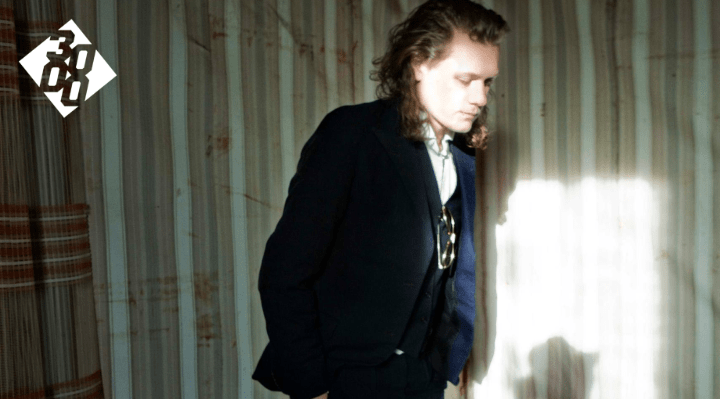 One we had been sent this one, we simply could not resist getting involved, as we throw up an exclusive premiere of the title track ‘Eternal’. For us this is without a doubt the stand out track on the release, as we are engulfed in an array of skippy drum procedures and nostalgic, heartwarming vocal chops. This one is definitely one for the dances, and when joined by the other two originals on the project, plays a major role in making this a EP a solid body of work.

We decided to find out a little bit more about the background of the producer and the scene he represents, as we dive into a conversation about Melbourne’s UKG scene, his career in electronic music and more. You can check out both the exclusive premiere and the interview below:

First of all, how are you?

Honestly pretty great at the moment. I’m currently on a month of paid leave which has coincided perfectly with this release and I have been running around Melbourne playing gigs and networking every week. I feel like a kid again!

Probably been one of the most stressful years of my life due to a number of reasons I won’t go into, however I think it’s really helped me to get the ball rolling again creatively and all my hard work is starting to pay off.

There appears to be someone of a newschool bass scene bubbling over there in Melbourne, when did this start?

I think it’s always been here but people are slowly starting to take notice. We have people partying and raving from all different parts of the world every weekend and it definitely rubs off on our scene, but we still keep it uniquely our own.

How does being a charting artist feel?

I remember how excited I was the first time I got to the top of the Beatport charts and thought back to how I had dreamed of achieving something similar as a kid in school. However, after being a part of the underground community in Melbourne for so many years I have learned that charts really don’t mean much. Being an active member in a community that I’ve literally looked up to since I learned what bass music means more to me than charts ever will. And that includes my ego haha..

What drove you to build this new UKG EP and why the switch from D&B?

I was actually into the European (especially Fench) garage/electronic scene long before I even thought about writing DnB. Artists like 123MRK, CDBL, and Kidnap Kid were some of my early inspirations.  The DnB came about after hearing some early Mefjus (shouts to Martin, total legend) and a couple of studio sessions with Michael Keza, who co-founded Okuli and became one of my best mates. After a couple of crazy years Okuli sadly came to an end simply due to some much needed lifestyle changes, and to be honest I needed a break from the technical abyss that was DnB at the time. I felt it was draining me a lot. It’s all about the chords/keys for me when it really gets down to it.

Would you say this is where your musical inspiration is at?

That’s a difficult question. My musical inspiration is in a constant flux. One day I’ll be writing jazzy, sampled hip hop beats the next will be some dirty, funky tech house. I’ve always had difficulty focusing on one direction. Basically these days as long as it has some vibe and soul I am interested.

What else is on the horizon?

There’s some dirty tech house/bass house projects coming up which I am excited for. Definitely more garage too

Ben Safire (Plasma Records} and his partner Akane (Muga Line) for really pushing me to get this release out. They honestly do so much for the scene here.

Also shout outs to my main man Keza AKA the other half of Okuli, I’ve heard he is just about to release a huge body of work under his solo project Tabula Rasa so keep your eye out!

Extra shout outs go to everyone who really makes what the scene in Melbourne is today. Whomp Music and Kodiak Kid, Uncomfortable Beats and Able 8, The Operatives and Jerry Poon, the Delight boys Chris and Zayler, Dark Riddims, One Puf and many more.

3000 Blog
House Of Hustle kick off their 2020 with a scorcher from Mike McFly
As a year, we feel 2020 was great for dance music in so many aspects. For one, it was a year of fusion, of coming together as we saw producers from the full spectrum of dance music both join forces with each other and set sail to explore before undiscovered landscapes of sound.  The hybridization of 140BPM based music and the splitting of UK bass between niche and tech forming two perfect examples of our point.
Read more
3000 Blog
Hypho stuns us with incredible three tracker on CNCPT Collective
Straight from the off it seems that 2020 is going to be a serious stand out year for the 140BPM community, primarily those involved with the re-emerging deep dubstep scene, which has seen a colossal resurgence throughout the last 18 months to begin with. We are seeing more and more producers flexing their dungeon-style muscles as every week we are gifted a sack full of incredibly potent new steppers gems.
Read more
3000 Blog
We explore the moody sounds of Yakona in a tasty new eatmybeat release!
As we have said multiple times this year already, we feel 2020 is going to be an incredibly versatile year for underground dance music. We feel that this will be a year of genre expansion, fusing and experimentation. A year in which we will see trends shift dramatically and new genres become born out other genres splitting in two. For this reason, we couldn’t be more excited to see whats on the way.
Read more
© 2020 All Rights Reserved. Site by Urban Aesthetics
Privacy Policy