The Garage Outside the House: Genre Elitism Towards Bassline and the Class Question

When I first discovered my appreciation for Bassline, some years after I had decried the genre in favour of Progressive Metal, Math Rock, Hip Hop, and Hardcore Punk, amongst others, I began to notice a peculiarity, not only in my relationship with the genre but the UK’s music scene more generally. I had grown up around Bassline music my entire life—Bradford’s intimate relationship with the genre made it hard to avoid—but it seemed to me, as an arrogant, smarmy teenager with strong opinions about hierarchies of the genre, that Bassline represented the aggressive, the criminal, the anti-social. In my (ultimately misguided) view, those who listened to Bassline weren’t aspirants like myself, they were commoners that, in many cases, represented the post-industrial depression that many in the city had suffered from, and that many yet looked to escape.

Eventually I began to realize the scale of my arrogance and snobbery towards a genre that had not only shaped the musical landscape of the North over the last three decades but also one that had, under my nose, played a formative role in determining my musical tastes. This is an obvious realization now—are the bawdy, syncopated stylings of Djent really so different from Bassline’s more pungent offerings? After becoming acquainted with Deep House around 2012, I started to recognize the connections the astronomically popular genre had to the bass music world—Deep House was never far from Jackin’, Jackin’ never too far from the then surging UK Bass, which was well on its way to take over clubs up and down the country. After a brief, collective detour towards Future House my musical circles had consolidated into the breakout UK Bass/Bassline scene, which accommodated Grime, Trap, and Dubstep. By 2015 York, where I resided at the time, was host to a bustling bass music scene, a phenomenon that had seemingly come out of nowhere, that enshrined bass and Bassline music at its core. 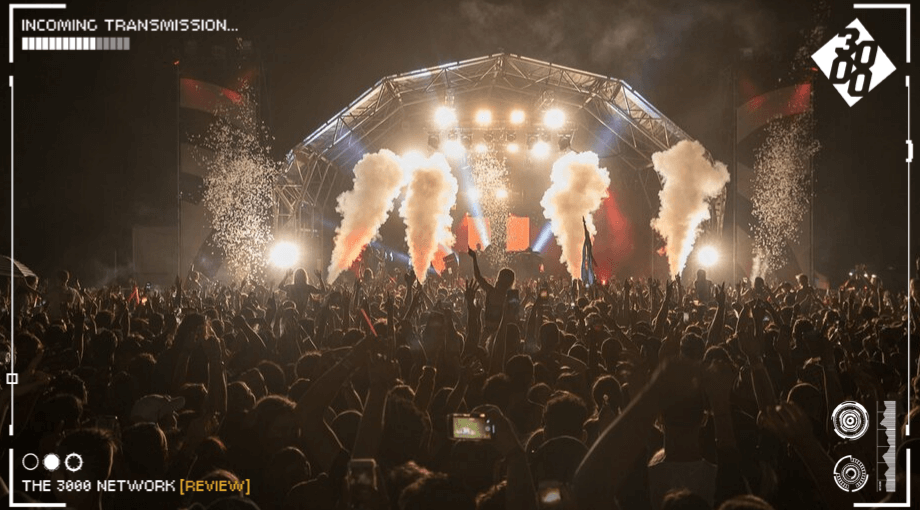 Bassline had, of course, endured a storied history, undergoing many aesthetic and sonic permutations that continues to the present day. Niche nightclub, founded in 1992 by Steve Baxendale, birthed the genre out of Speed Garage and, after its ill-fated closures, attempted several reopenings until it was dealt a coup de grace in 2017, twelve years after its doors closed for the first time. It was the 2005 closure, however, that was mired in the most controversy and was, in many ways, a critical juncture that came to determine public perceptions towards the genre. ‘Operation Repatriation’ saw Niche nightclub ‘…raided by hundreds of police officers with helicopters and armed response vehicles.’ A raid Baxendale himself insinuated was racialized and unduly severe, especially in light of the fact that no criminal charges were brought against the club or its patrons. This is not to downplay the severity of criminal activity that led to the club’s closure—stabbings, shootings and drug trafficking all took place at the club, with later reports of violence coming from Niche’s subsequent iterations. It is blatantly obvious, then, that Bassline culture is inextricably linked to violence and that my teenage perspective stands vindicated by this history, right?

It is, rather predictably, a bit more complex.

It is worth explicitly stating once more that any violence in these spaces is patently unacceptable, but this comes with the caveat that the legacy of Bassline has, in many respects, unduly lived on as being associated with violence, and that violence, in turn, has been associated with the intersectional and primarily working-class followers of the genre. This has been the case since Niche’s heyday, and the largely negative journalistic rhetoric towards Bassline at the time carries to the modern-day, where there is reluctance by many to acknowledge bass music’s cultural value based on its perceived reputation. This is an observation that stands out as especially pronounced amongst communities that see cultural value in other electronic dance music. 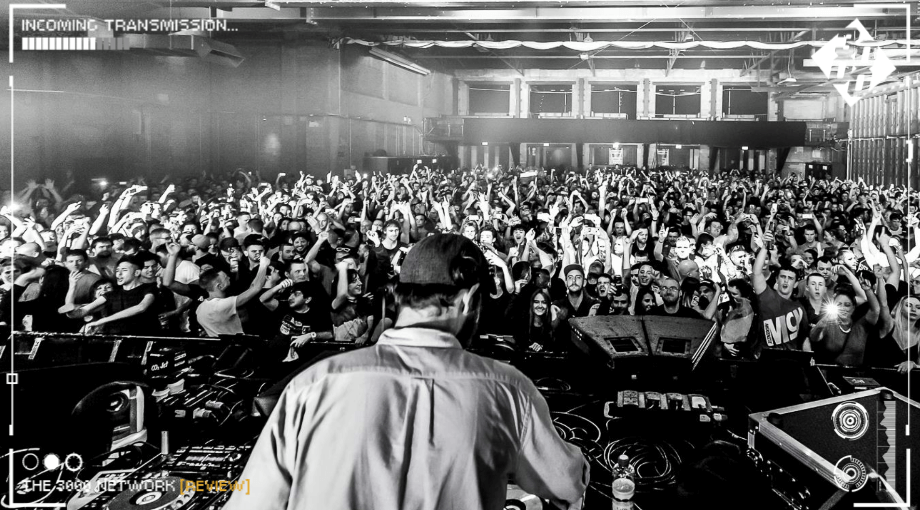 The above perceptions can be resultant of a few things: a blending of the socio-cultural connotations associated with Bassline culture and its history, and its increasingly abrasive soundscapes/aesthetics, with the latter inseparable from the former. In contrast to the working class abrasion of Bassline, the popular music of liberal metropoles tends to be scored in House, Techno, and Electronica, leaving less room for rawer stylings. In contrast, Bassline is up-front, sonically speaking, and demands active participation in dance spaces. Contemplation is most often left at the door, and attendance is almost exclusively an expulsive exercise, rather than a contemplative one. On these grounds perhaps the genre might have found it difficult enough, even without its history, to find a seat at the table?

There is also a limited scope, as it stands, for crossover success to bridge the gap. This is especially true of the last few years as UK bass music has undergone a sort of sonic ‘gentrification’—sounds have generally become more bottlenecked and homogeneous, (albeit with average production quality of the music going up) and the burgeoning economic success the scene enjoyed pre-Covid has led to stratified social and economic capital, whereby which existing barriers to scene access and membership have risen and are at risk of getting worse, which will only serve to affect the scene’s social and creative health negatively. 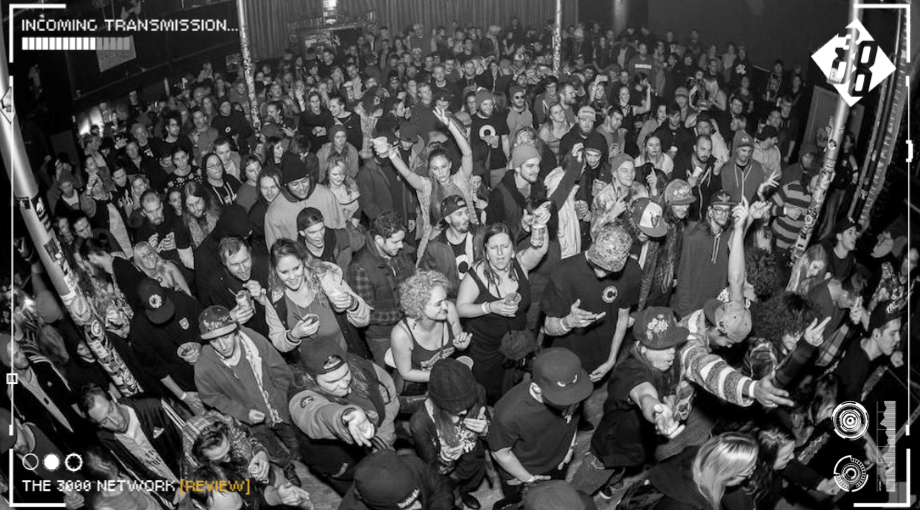 If this is to change we must recognize that there are effective actors that have a great deal of influence in this regard. Much as in my last article, where I discussed the importance of UK bass music building from the grassroots up, it is the scene itself that must regulate its own direction and practice, in lieu of any formal regulations for the culture. Understanding the roots of elitism against bass music helps to unpack our own problems in-house, and we should view it as such—an opportunity to improve rather than a fatal indictment of our issues.

On top of the prescriptions offered in my last article which outlined barriers to scene access, I implore the reader to consider that, as gentrification occurs, both at a sonic and socio-economic level, so suffers our inclusive relationship between events and their patrons i.e. the scene’s hosts and its guests. Explicitly, popular bass music events will continue to become more expensive as demand grows and, as such, their demographic will become more monolithic and exclusionary by design, perhaps most importantly on fault lines of class. The popular success of the scene will categorically not trickle down unless it is consciously organized to do so.

Bassline, with its grassroots origins in DIY culture and experimentation, might be reaching newfound mainstream success, but it is already becoming increasingly homogenized in a great many ways. This is not fatal, nor should it be a scary proposition at this stage, as it falls squarely within the remit of our actions as members of the scene. As Bassline moves into the same spaces that have been long occupied by House, Techno, and Electronica, does it risk becoming an externalizing force from within? Something which is, itself, was once subject to? Does it displace the communities that pushed it into the spotlight, up from its grassroots? If that’s the case then it would only be our fault. We have to start taking collective responsibility for the culture we love so dearly, learning from the ways in which our own genre has been mistreated.

Moving forward let’s be conscious of facilitating accessible spaces conscious of class, gender, race, sexuality, and identity, that don’t force people out of the scenes they were crucial in creating. 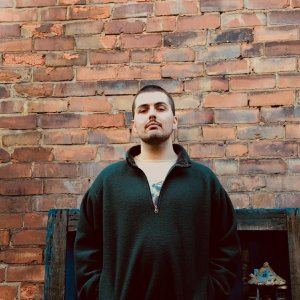