The 7 most versatile UK male vocalists

At threethousand.co.uk we don’t half like to go on about producers and their incredible skillsets. However, we feel that we have been somewhat unfair to those who control one of the most crucial elements of any banger, the vocalists. Within bass music, there is often a theme of ‘Oh it needs a vocal’, which is often the case, however the idea of just have ‘A Vocal’ is just a bit disrespectful for the art form, especially when the vocals will often bring in an entirely new audience.

Now, we feel it’s important for us to put together a list to showcase who we feel are the 7 strongest male vocalists in the UK, showcasing those who are able to improvise and push versatility within their vocal performance. We love to push the unknown and unusual, and these vocalists are no strangers to expanding their repertoire into new areas, working with a wide range of vocalists from around the world. 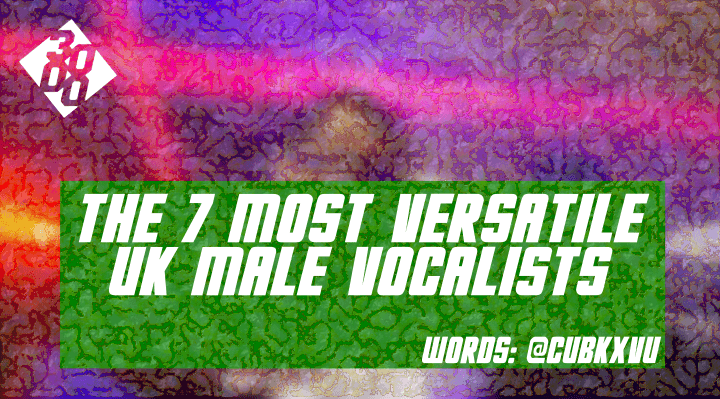 There was no other way to kick off this list than the living legend that is Logan. Over the last year we have heard his tearing down dubstep delights, funky flavours and grimey shellers, all with an incredibly high level of consistency and a remarkably high release rate.

There are some certified legends amongst the UK scene, and some of them are given nowhere near the credit they deserve. On of these without a doubt is Killa P. The Brixton & Roll Deep veteran has been at the forefront of UK underground music for the best part of a decade, primarily known for his grime exploits, but we have seen him expand this in recent times as far as dancehall and bassline.

Last year saw the long awaited release D Double E’s debut album, and it was one of the most highly anticipated in grime history without a shadow of a doubt. Either side of the album however the UK legend had gained a fantastic reputation for vocal features, always bringing his A game. He has exported his unique vocals across a range of different sounds as well, including UK funky, jungle and deep house originals. A certified legend and a must have on this list.

The last few years have seen few MC’s rise so quickly to as much prominence as Nottinham’s Bru-C. Primarily known for his involvement with his Events and Clothing brand: Krudd, and his role as the front mic man for the goliath bass project known as CruCast. He’s not just a host however, over the years we have seen him move around multiple genres, including top notch collaborations with D Double E, P Money and Simula

For us, Razor is on the path to greatness with his current output. The Hackney based MC is one of the finest of grime’s new breed, with one of the most active radio resumes of anyone in the scene today. He is also a fantastic live host, having held down a regular residency at Foundations at Patterns, Brighton, along with numerous high energy performances around the country, across a mad range of genres. His music isn’t to far from this either…

Rising to fame firstly from a combination of heavyweight originals and a tidy showing on Red Bull’s Grime Aside tournament, Kamakaze has been come a certified name within the UK grime scene, getting involved with numerous different media platforms and consistently delivering wicked originals. He’s not afraid to push the boat out genre wise either, as you will hear below:

This list would be unjust if we weren’t to include the king of the UK vocalists, Dread MC, arguably the most active MC to grace this list. He has been known to vocal everything from breakbeat to UKG to bass, constantly delivering hype-inspiring chants and lively vocal rallies. As a certified vet, we have seen him move with the times better than any other. If that wasn’t enough, he is the official host for the legendary My Nu Leng, who out of all bass artists champion variety the most.