Six dubstep labels who are smashing 2019

At threethousand, we love to look into different areas of bass driven underground music, be it grime, garage, bassline, breaks or anything else that fits the bill. Today we are here to take a more specific look at the dubstep end of the spectrum. We have noticed a fantastic spike in the quality and consistency that a lot of the newer dubstep labels have been operating at, and we are keen to work out exactly what is driving it so.

As a direct descendant of both dub reggae and garage music, the possibilities within the bounds of the sub heavy 140BPM genre are truly endless. One trend we have noticed is that the boundaries between grime and dubstep are becoming increasingly blurred, and we think this is a great thing. The two genres are often so close to each other in their heritage and structural makeup, it was always an inevitable scenario that the two underground giants would intertwine.

We are seeing cities such as Bristol and London really doing their utmost to push and support the dubstep scene recently, be it the veteran names such as N-Type, Hatchair and Kromestar, or the newer heavyweights like Glume, Opus, Chad Dubz and more. We are also seeing a rise in vinyl popularity, a resurgence of the sound across Europe and America, along with never before seen levels of variety.

We are therefore very excited to let you into what we believe to be the six most exciting labels currently working in and around the dubstep scene, be it through their well thought out rosters or sheer consistency behind their releases. 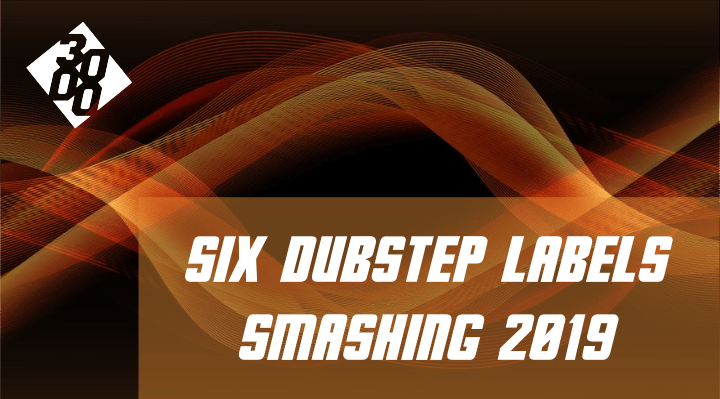 Now for us, consistency is key, whatever the genre. We feel that as a label showcasing new artists and their own loyal roster, Dub-Tribu need to get some praise for their fantastic levels of consistency, being the home of the likes of Arta, Fiend, Sirius and more.

When we look at currently active record labels, their aren’t many that hold as much of a legendary status as the N-Type’s Wheel & Deal imprint. Since their formation, they have been at the forefront of new sounds, hosting legendary producers such as Truth, Dismantle, Benton, Silkie & more. They have remained active to this day, and we couldn’t be happier about it.

As one of the newer kids on the block, we have been keeping a close eye on the Foundation Audio camp, who have been making some serious noise around the 140 circles, putting together some of the most talked about releases and bringing through some wicked new artists. An example of their level of enthusiasm is the fact that they have three simultaneous releases dropping this weekend from Zygos, DTR and Teffa, three of the most exciting newer names within the scene.

The vinyl push in 140 music has introduced it to a lot of new faces, and White Peach are one of the labels we can thank for this fantastic expansion. The White Peach record store is one of the most supported online wax stores, giving a platform to the most exciting dubstep and grime labels in the country. The label itself has been on a fantastic run as well, with founder and badman producer: Zha putting forward the likes of Shudan, Taiko, Eva808, Opus and more.

Now Duploc as a platform original started off as a SoundCloud based premiere platform. Since then however, they have taken on the mantra of the label, putting out music whilst keeping their original premiere status. As the years have gone on we have seen more and more exciting and regular release structures, bringing forward some previously undiscovered gems from around the world.

Now we have a real soft spot for the eatmybeat team, a label we have seen move very smoothly between bass, grime and dubstep over the last few years. They take a truly unique mantra with their fantastically versatile roster and release catalogue, rotating around the dubstep sound but constantly bringing newer elements and new ideas to the table, setting them apart from a number of other labels in a rapidly expanding scene.