One of the overwhelming positives throughout the last year has been the emergence of so many fresh faced, new and exciting up and comers within our beloved UK Bass scene; the scene is thriving with artists all competing to produce the freshest and most unique sounds the genre has to offer and we’re so excited to welcome back one of these artists in question, Sisko.

Sisko last released on the 3000 Bass imprint in January 2020 as part of the Digitalisation 3.0 compilation with a track entitled, ‘What I Want’ and now he returns with a heavy bass fuelled single entitled ‘Ruins’.

3000 BASS · Sisko X Rawz – What I Want
We sent The 3000 Network’s own dubbleT, who recently released on 3000 Bass himself, to chat to Sisko about his forthcoming release and his return to the 3000 Bass family as well as working with the scene’s biggest labels and his future plans – check it out below!
3000 BASS · Sisko – 3000 Bass Exclusive Mix 185

Yo Sisko! First things first, how are you and how has the year in lockdown been for you personally?

Overall, the first lockdown was amazing for me as an artist. It gave me the time and headspace I needed to make and finish my first EP which is great ! I’m sure I speak for a lot of people when I say some days were bad, and it seemed to go on forever… BUT, most of the time it was good for me creatively and I definitely feel like I increased my productivity and production skills in general.

You had a selection of releases during 2020, how did the lockdown situation change your approach to music?

It allowed me the freedom to make music all day and get into a routine. Creative block disappeared completely for a while… There were a few occasions where I’d start a tune one day and have it finished and mixed down by the next! It was definitely the most pro-active I’ve ever been at finishing music.

Let’s get to business, tell us about the single, ‘Ruins’, which drops June 4th on 3000 Bass; talk us through the production process of this track and what we can expect from it?

Ruins is definitely one of my favourites I’ve made so far. It was one of those tracks that came out of nowhere and I ended up getting it finished and mastered really quickly. I think it took about 3 days from initial idea to finished song. I finished the mix-down, gave my ears a well earned break from it for a week or so, then sat down to do the mastering process.

It features a gritty driving bass synth, warm pads in the intro/breakdown sections, and a catchy vocal hook. It’s a lot more on the melodic side compared to the darker, heavier tunes I’ve been making recently. I’ve had some really good feedback on it so far, including support from AC Slater. Him and Dread MC bigged it up a lot on the Nightbass demo’s stream which was great to hear, so hopefully people like it as much as they did !

It’s been over a year since you last released with 3000 Bass, why did you feel this particular release was right for the label?

Yeah it’s been a while! I just think this one fitted in nicely with the other tracks you’ve been putting out lately. Releases from Damzy, Meraki, Shifter and Samstone spring to mind ! There are too many to mention, but there’s been some killer releases on 3000 Bass over the past 18 months or so.

I think releasing with the bigger names like Crucast is sick. It really gets your name out there and gives you the opportunity to be heard more. However I’ve found my releases with smaller prints still perform well too, and it’s always good to support them. Renkie is doing it right for sure. Their social media marketing and branding is on point, and they’re putting out some serious tunes!

Looking forward, what are your short term goals up until the end of the year? Can we expect to hear you on 3000 Bass again!?

I think my main goal at the moment is just to finish more music hahah. I’m currently sitting on like 8 tunes which is a good feeling. I don’t want my work rate to slow down so I’m just going to keep chipping away and try to keep my sound fresh and exciting. You can definitely expect to see me on 3000 Bass again in the future.

Then leaping further forward, into 2022 and beyond, what are your future plans?

I guess just to progress with my style and get better and better. I definitely wanna fuck around making other genres as well. I think it’s essential to branch out and experiment as an artist.

Sisko, it’s been a pleasure and I can’t wait for the release – before you go have you got anything you’d like to plug?

Yeah definitely, big up all the DORO boys. To name a few … KCG (does most of my artwork and is making some SICK music lately) / Arundel / Samstone / Rephrase / Arcnade + the rest of them.

They have some wicked things coming events wise for the latter part of 2021, so keep an eye out.

Thanks for having me!

The 3000 Network Premiere of ‘Ruins’ is available to check out below: 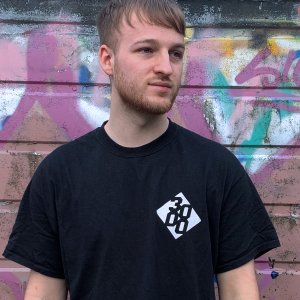 Garage Shared unveil their ‘Ones To Watch’ for 2022 Tuff Culture lands on Chimpizm for a spicy garage single