It’s been a top notch year for the ever expanding Saucy music roster, as they continue to develop as a label and as a real staple of the UK bass scene. The last 18 months have seen a major shift in the layout of UK Bass music’s landscape, moving slowly but surely away from the more classic “niche” sound, and into a more breaks inspired, drum heavy general design. There is no doubt that Saucy have had a major influence on this progression, as they have been championing the sound for as long as any of us are able to remember. 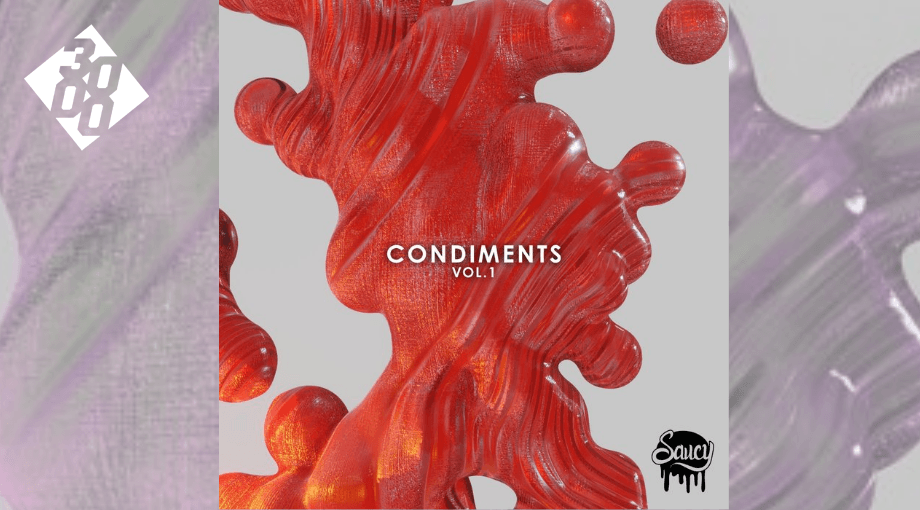 We were therefore thrilled to see the release of this brand new selection from the team as they unveil the first edition of a brand new compilation series, under the name of ‘Condiments’. We believe this new release creation has been designed to further showcase the real breadth of musical skill sets currently on offer within the Saucy roster, from the more tearout, hard hitting styles to more creative, outside the box looks at bass music as a whole.

The line up for the full project is stunning, as we see a range of very established bass names burst out with corking original creations, including new music from the likes of Papps, Tony Wonka, Vellum, HODA, BTW, Pelikann, Contaktz and more. We also see a flurry of newer names involved, which goes to show that not only are the Saucy team smashing it in the now, they are carefully planning for the future of the label to ensure that their release schedule doesn’t run dry.

There are some clear standouts from the off, including Blvckmore’s colourful collaboration with LØ entitled ‘About You’, which uses uniquely still still sounds with some sumptuous vocal work to throw us left and right in the dance. We also love the epic introduction of Barely Royal and Rightmind’s ‘You’ll Be Mine’, along with the super creative bass arrangements of KnightBlock’s ‘Machinery’ original.

The whole project is very enjoyable and can definitely be exepected to be heard around the country as we move towards the end of term raves! We have attached the full release below for your listening pleasure: