As Bassline evolves as a genre and we all move forward, it is essential that we look back at the producers that have paved the way, especially those that are still as active and relevant in the scene as ever. One producer we feel almost goes under the radar a tad is Mr Virgo, a producer who has transcended multiple areas of the UK underground for over 10 years.

As a producer, it’s safe to say that Mr Virgo has accomplished that which we all strive for, and that is a timeless banger. The original version of his track ‘Hypnotiq’ is no less than an anthem and a masterclass in Bassline production, being a track still worshipped by DJ’s nationwide, providing the perfect switch up for a lively dance whilst also being an almost guaranteed wheel up opportunity for an MC to get busy with. 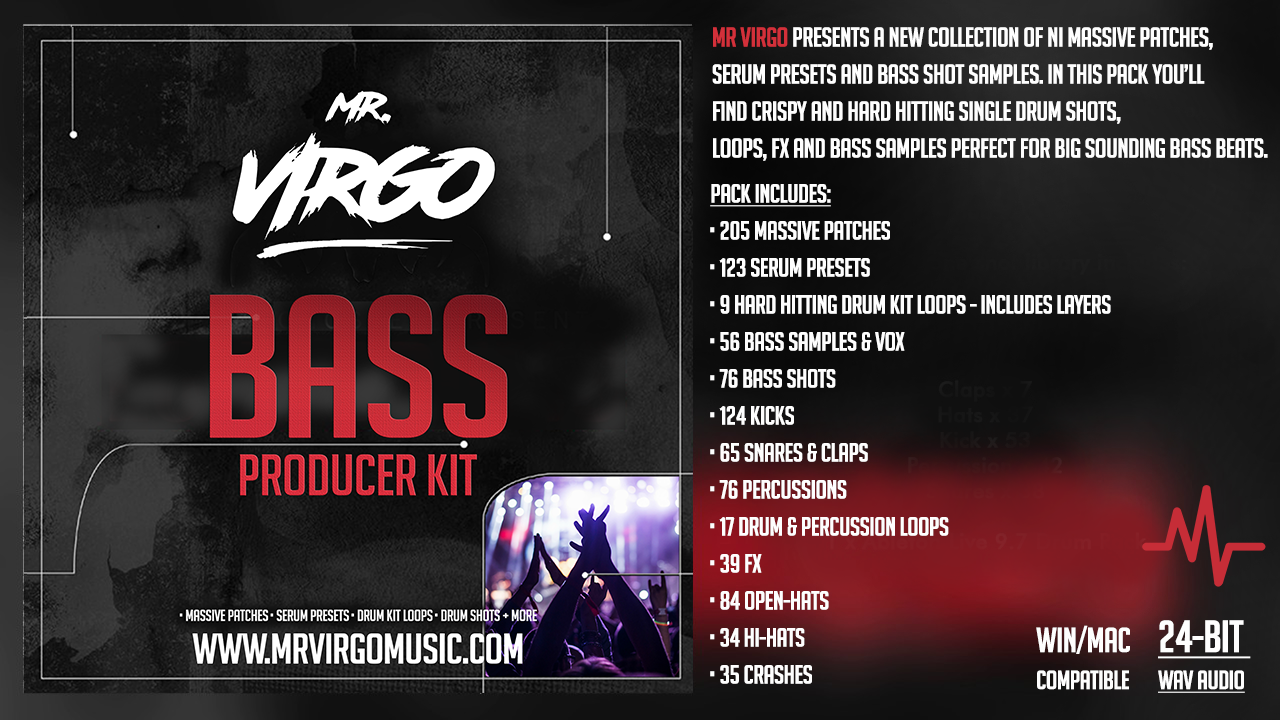 We are thrilled therefore to see that Mr Virgo has dipped into his production arsenal to put together an awesome new sample pack, designed specifically to add a touch of spice to your Bassline compositions. It’s safe to say he’s pulled out the big guns with this one as we open to pack to find over 800 production tools, ranging from a huge 205 Massive presets and 103 Serum presets, to some stunning drum samples and bass one shots.

The attention to detail that has clearly been applied throughout the pack deserves some real credit, specifically with the tonality of the drum samples, which are all literally track ready to begin with, a bass producers dream set up. We also enjoyed working our way through the different presets and seeing how Virgo really does put everything into every sound he conjures. The FX selection also provide us with some really cool one shots, perfect for livening up your composition. 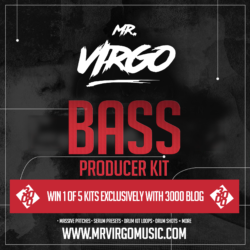 We have 5 copies of this fantastic pack [worth £50 each] to give away and all you have to do to be in with a chance of winning is comment’ ‘WIN’ or tag a friend on either our Facebook or our Instagram posts, the winners will be announced Friday 22nd February,
GOOD LUCK!

We were also lucky enough to grab a few words with the man himself below:

How long have you been involved with produced Bassline?

I started producing Bassline when people used to call it Niche Music or speed garage in 2006, a good friend of mine used to go sheffield each weekend to buy exclusive Bassline house vinyls from Reflective and Studio Beats, he then would play them to me and instantly I was hooked by the sound. I came onto the scene with ‘2 Da Floor’ which had my name ringing around on the circuit.

You have quite a legacy within the Bassline scene, how far do you feel it has come since you first entered?

It’s definitely come a long way that’s for sure! On the music side its developed more EDM influences, big rave style build ups, more intense drops, but the formula of it still stays the same with the traditional 4 by 4 drum grooves and patterns, chopped up pitched vocals, in your face bass lines and more importantly a killer second drop! On the events side it has expanded and appeals to a broader audience, you will find Bassline at most big festivals now which is a big. it’s now international with promoters and events booking Bassline DJ’s acts to perform world wide.

With the upgrades in software and hardware, do you feel these things have influenced the overall sound of Bassline?

Yeah i think these things have influenced music in general, most things are easier to use now.

What was the main reason you put together this pack?

I want to add value to up n coming and professional DJ’s/producers. I get a lot of musicians asking for advice on producing and sound design. Me putting this pack together aims to give producers inspiration and a starting point to their Bassline productions. 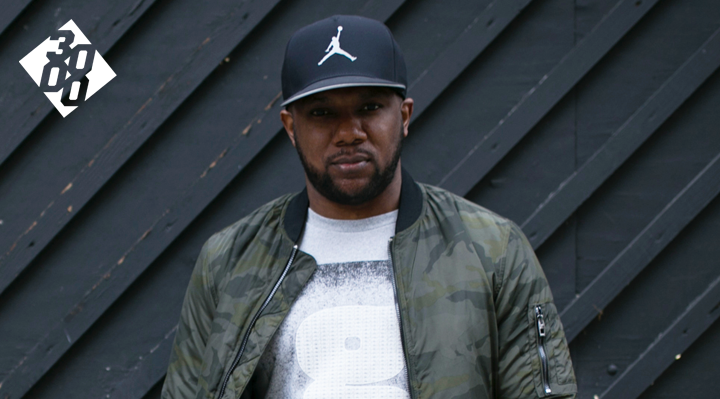 What is your favourite part about the pack?

I’m really digging the Massive and Serum presets I’ve made, theres some cool stuff in there I religiously use in my productions!

Is making sample packs something you would recommend to other producers?

Yes, I think if you inspire a lot of musicians and they look up to you then its something you should consider doing

What else do we have to look forward to from yourself?