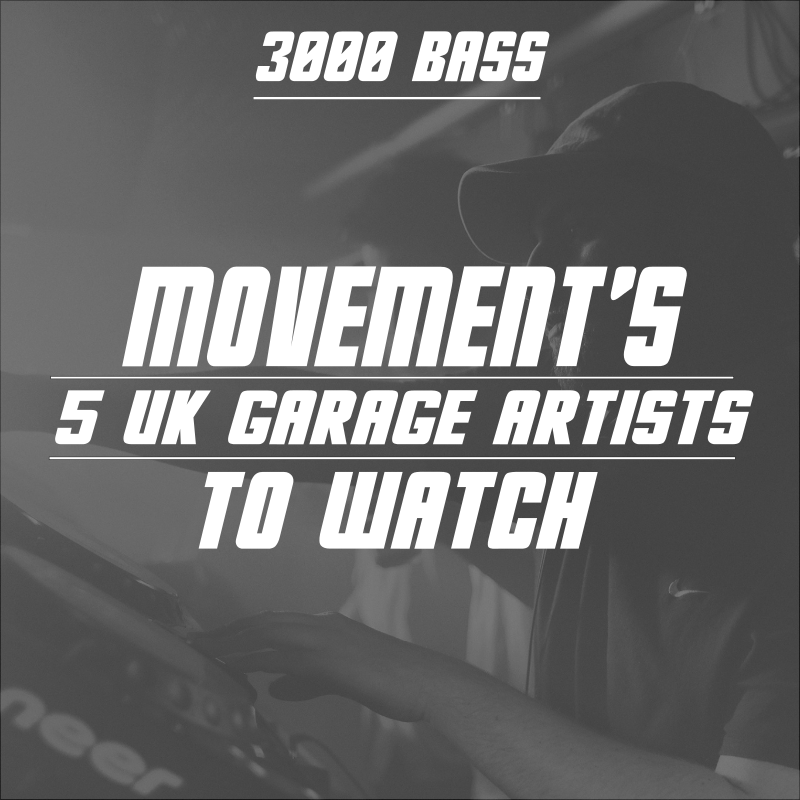 As the ever progressing realm of UK Garage continues to flourish under it’s current revival phase, we felt it was only write to get our resident UKG scholar: Movement on the case. He has assembled a must read ‘Top 5’ Garage artists to keep an eye on over the coming months, and we couldn’t agree more!

Coming straight of Falmouth, Cornwall, Earthnut have been producing some of the most twisted and psychedelic garage this year. With a genuinely unique sound that is like no other, the Earthnut boys combine the grittiness of 99s garage with cinematic bass and atmospherics. Expect more music from them on Dissident Sound, as well as lots of self-releases from the boys.

The darker side of UKG, Gru Var combines deadly sub killers with pristine production to form a hybrid sound of old and new. Not only focusing on Garage, Gru Var’s rhythmic abilities can be heard through his various songs, from dark UKG tunes like Luck, to dubstep wobblers like Mechanical Man. With releases on SubDamage and forthcoming tracks on Dissident Sound and Southpoint, his is a name to watch.

Proving that UKG is an international phenomenon, Melbourne’s Coldpast takes back Garage to its core and roots in House music. With an unmistakably 90’s feel, but with modern production values, Coldpast tracks are pure party-starters, and help bring the positive vibes back into Garage. With releases on Mangoes + Melons and Onepuf, the Australian groove man doesn’t look like slowing down anytime soon.

MUST LISTEN TRACK – Coldpast – The Cross

Kobe JT’s recent release on Downplay is my favourite Garage release of the year so far, brimming with lush keys, stabs and subtle bass. This is taking Garage to the next level of beauty, and is a huge nod to the r’n’b tinged 2step of the nineties, here underpinned with 4×4 beats to get the dance floor going. Kobe’s relationship with melody is nothing new; his bootleg of Jorja Smith’s ‘February 3rd’ is perhaps the most emotional piece of Garage i’ve ever heard.

South West London’s Limita is the epitome of the modern UK dance producer – attention to detail, fantastic production, and the balancing of lush keys and heavy basslines to create something unique and new. With releases on Pack London, Switched Up and Strictly Flava, as well as a residency on Reprezent Radio.