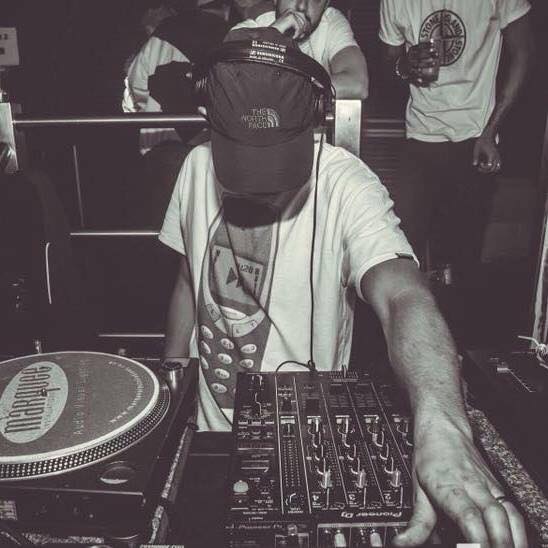 Within Brighton’s tight knit musical community, there is a real mix of local veterans and rapidly rising stars, across bass, dubstep, grime, funky and even garage, really adding fuel to the extensive revival movement currently underway. As far as veterans go, there are few who are as unsung as Moony, who has been a staple within bass music in the South for the last six or seven years.

Known primarily for his super catchy riffs, compositional versatility and high quality output rate, Moony has worked with some of the best in the business, including the likes of Conducta, Flava D and more. Label wise he has recently settled into to a regular release schedule with Southern high flyers Southpoint, who openly sing his praises as a modern garage legend. We sent out our resident garage whiz Movement to grab a few words with him, after the two played their first live B2B together this weekend!

So Moony – you’re a legend in the UKG scene, you’ve worked with tons of producers and musicians, and you’re highly rated throughout the scene – what have you been producing recently?

Hi – thanks, at the moment as you know we’ve just wrapped up the Southpoint compilation, “Moony & Movement Presents”, which I’m very pleased with. As well as that, I’ve been working on original stuff and remixes with local rappers Hatter and Mrisi which I’m excited about, so yeah few bits on the go.

How do you find working with Movement? Is he an idiot or a genius?

Haha! I really like his stuff, it reminds me of myself a few years ago and he’s a nice guy with an enviable beard so what’s not to like about working with him.

Correct answer. Which label do you think is pushing the best UKG at the moment?

Obviously Southpoint are doing consistent work in that field, I can always rely on Four 40 for bangers also. Project AllOut again have been consistently releasing good stuff.

I don’t know if they are still classed as up and coming but I’ve got a lot of time for MOAD, Movement, Kastle and some of the funky dons like Motu.

What can we expect from Moony in the coming months? What sort of release and shows can we get excited about?

I’m afraid other than a few bits for Southpoint and local gigs the calendar is looking a little dry if I’m totally honest. I don’t wanna be that guy but I’ve got some exciting stuff lined up for the new year which I don’t want to mention until it’s all 100% confirmed so just watch this space.

How mysterious… And if you could go clubbing anywhere on the planet, where would you go?

Good question. I’m not so sure about clubbing in the traditional sense, but I’ve always fancied a drug fuelled tear up in Vegas so yeah probably that haha.