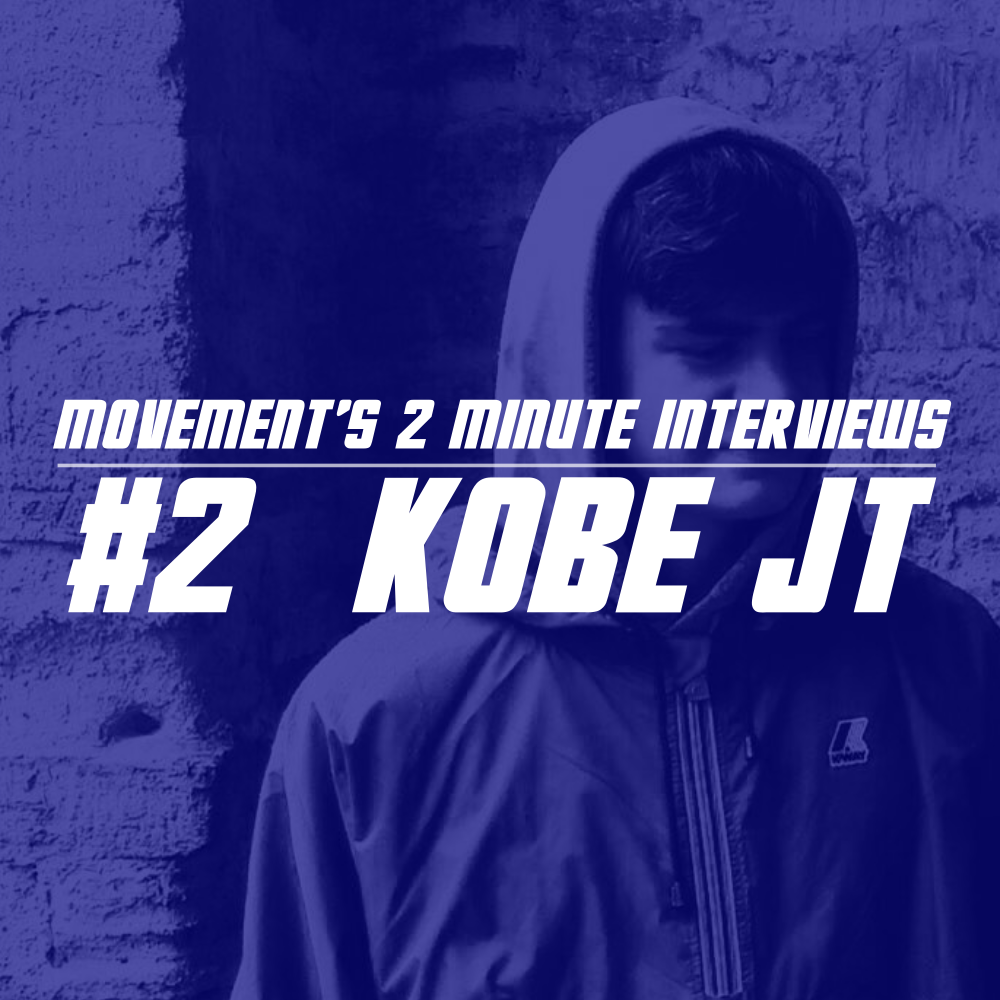 Just between the pulsating culture of London and the cutting edge atmosphere of the South Coast, Surrey appears at first to be just another sleepy home county. Over the last few years, however, it has become a hotbed for new talent, kicked off by the likes of two – house making brothers by the name of Disclosure. Since then, Surrey has produced countless big names in dance music, including Barely Royal, Monki, Benton and Boddika, are just a few among the latest production wizards hailing from the era.

This brings us to Kobe Thompson, AKA Kobe JT, one of the most exciting and energetic UKG producers. Going from strength to strength, Kobe JT’s recent release on Slime Recordings, “Free” is a fantastic combination of old and new. Movement sat down with the young producer to find out more about his music, and what we can expect from him in future.

Hi Kobe – you’re making quite the name for yourself in the UKG scene at the moment. What sort of stuff have you been releasing recently?

Yo man! My first EP ‘Free’ recently came out on Downplay Recordings which is mad because I’d been following them for a while. The EP included two 4×4 garage tracks by myself and a sick remix by Limita too. I’ve also had a track out on Project Allout Records recently as part of the Keep It PAR Volume 1 compilation which was cool.

Before I wrote the EP I’d been making and listening to quite a lot of bass music. I got to the stage where I wasn’t really enjoying making it anymore so I decided to take a few weeks off. Over the course of those weeks I got inspired by a load of different genres and ended up making both tracks off the EP in a couple days.

Which label do you think is pushing the best UKG at the moment?

Let us know who your favourite up -n – comers are in the scene?

There’s so many producers releasing bangers right now but if I had to name a few I’d say Limita, ZeroFG, Witchdoctor, Movement, Higgo, Earthnut, On1, CB and TONiC.

What can we expect from Kobe JT in the coming months?

I’ve got a new EP coming out in the next couple months with Minista which I’m gassed about. I’ve also got a couple of free downloads coming too so keep an eye on my soundcloud page for those.

And if you could go clubbing anywhere on the planet, where would you go?

That’s a tough one! I’d probably say Printworks because I still haven’t been yet and it looks mad.