Wang Records return with their 3rd outing, this time in the form of four, slick bass cuts. With tracks from of the bass scenes brightest lights, including Tenshu, NuBass, Deppz, Hoda & Inkline, ‘Arcade Invaders’ is the next logical step in the Wang Records musical journey. There are a ton of influences throughout the four tracks, with bass house being a major influence, but elements of rave, techno and breakbeat poke their heads up regularly.

The first track is a great introduction to the feel of the release, with Bristol legend Dread MC gracing the bass driven track with ghostly, industrial phrases. Techno-esque blips replace biting basslines in this minimal, club-ready track. This has been created with the ravers in mind. The use of reverbs and echo’s make the track sound huge, and it wouldn’t sound out of place in a huge arena. 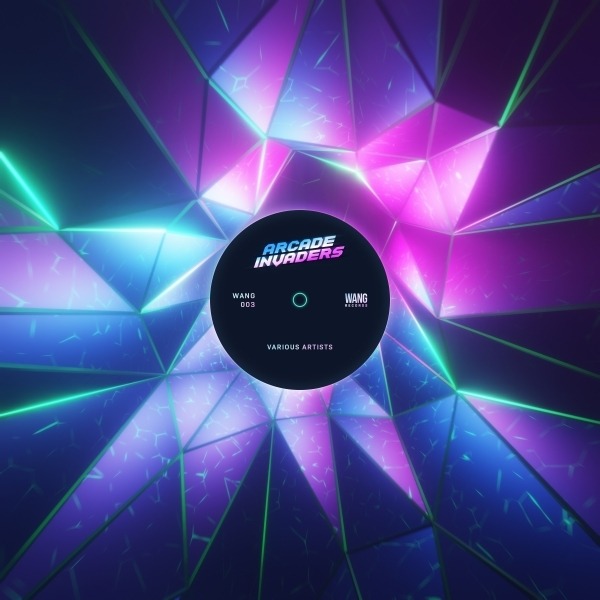 NuBass & Deppz second track takes the bleeps and bloops of techno into more extreme territory, reminiscing the sounds of rainforest bids, which really adds to the tribal vibe of this track. The title, ‘Jenga’ really suits the track, recreating the sound of falling wood blocks into oblivion. Dark stabs, atmospheric pads and breaks fill out the track into a gigantic, bass driven monster.

Brighton’s Inkline, who has been producing bass-heavy bangers for years, delivers fatal blows with the third track, this one standing out as my favourite track of the EP. Whilst the first two tracks are minimal and techno-influenced, this track incorporates acid synths, rumbling, funky basslines and vocal stabs to form a hybrid stepper guaranteed to make people move their feed. ‘Brute Force’ certainly lives up to its name.

The final track, Hoda’s ‘Theory’, is another highlight, again taking the funky bassline approach. The most refined of the four tracks, ‘Theory’ lures you in with atmospheric pads and quiet background noises, before delving into some seriously murky bass territory, with exquisite production to back it up. Reminiscent of Distinkt’s Chinatown, this one rumbles with sub-low of dubstep, but keeps the ravers interested with high end weirdness.

Movement was lucky enough to grab an interview with Tenshu ahead of the release, which we have attached below: 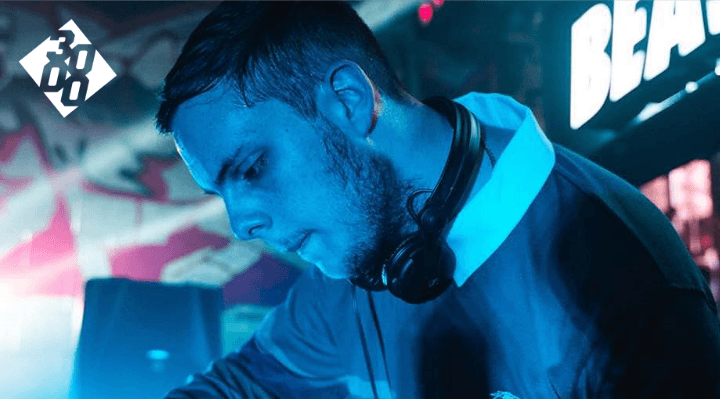 Yo, I’m great thanks!

You’ve just dropped a single as part of Arcade Invaders – and we love it. How have you found working with Wang Records?

My debut EP was through Wang Records so I’m always gonna have a strong connection to the label, and with Nico being my manager it’s super easy to get ideas down and planned out. It was also a pleasure to work with Dread for the first time, hopefully we’ll have some more stuff coming in the future. What’s your relationship with them? – I’ve got a super strong relationship with the whole team and I’ve known them all for a while now. They’re extremely supportive and have alot of industry-based knowledge about things that I might not be too clued up on myself. I’m also a resident for the events so I’m always around and playing the mad raves they put on.

I love the sounds of this release. I’m not too familiar with this sound – what would you call it?

Yeah it’s a great compilation. The sound is kind of this new wave of tech-y bass that draws a lot of influence from house – something I’ve personally been drawn towards myself. It’s really hard to put specific name to it, but I guess that’s a good thing?

It seems to be influenced from a variety of genres – do you like to take influence from a lot of places?

Absolutely, I listen to all sorts of music and always have. I’ve recently got into a lot of techno and drumcode stuff and I’ve always been into house and garage. I think you can definitely hear the influences in my forthcoming stuff.

I often start with a groove and go from there. I really like to catch a vibe when I’m working on something so I like to lay down elements piece by piece until I’ve got something that I’m really bobbing my head to. Usually from there I structure everything. Recently I’ve tried to get into more of a routine so that I can start finishing more music.

What’s your favourite track from the release?

This is such a hard question… but I’d have to say Nubass & Deppz’ track ‘Jenga’. I remember replying to Nubass’ instagram story when he teased it a while back and rating it highly. But honestly all four tracks and producers are so sick in their own way. I’m really greatful to be included alongside some names that are doing bits right now.

So we’re all very excited for the release, the quality in insane. What else can we expect from you in the coming months? Have you got any big releases or shows coming up?

I’ve got a lot of releases planned for the rest of this year, I think something like one or two a month. I’ve also got two huge Beastwang shows to play, the closest being the huge Warehouse rave this Friday. I’m back to back with Hoda and Limita for that which I’m incredibly excited for, those two are making some crazy good music right now. I’ve also got Chase and Status at the O2 in Novemeber and more sets scattered about. Next year is gonna be huge too but sadly I can’t announce any of that just yet.