Movement catches up with Yumna Black, discussing his upcoming material and collaborations

Yumna Black is an up-and-coming producer from Leicester, specialising in laidback and soulful UKG. He recently appeared on Wang Records compilation, ‘Avirex Airwaves’, with a track featuring Dread MC. Not too bad for a first track! In light of his forthcoming song, ‘Falling’, out today, we decided to catch up with Yumna, and learn a little More about the man behind the music… 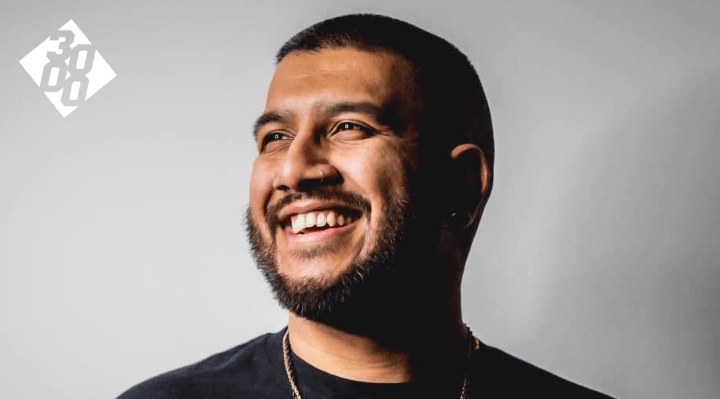 Yumna Black – how are you doing today? Are you surviving this hellish heatwave?

Hey, I’m good thanks! Well I’m looking out my window now and it’s not that hot anymore, hopefully the sun comes back out. How about you?

I’m fantastic! What have you been up to in recent months in the music scene?

Mostly just DJing and organising events with Beastwang, I have slowly been hacking away at producing in my spare time or whenever I get a chance too really, as the events can get quite busy!

I first heard about you when we both appeared on Wang Records Avirex Airwaves – how did you find working on that project, and working with Dread MC?

What an amazing compilation! Dread MC was wicked, working with him was great – hopefully might have some more projects in the future… Working on the project I felt as though everyone was showcasing something bigger for UKG, showing the different styles between the tracks and how each track had its own identity sitting within the UKG sound. I love the project and I still listen to it now, and hopefully there are more like it.

I’ve just heard your forthcoming track Falling, and I absolutely love it. As an avid UKG fan myself, it presses a lot of very positive buttons for me, and I’m sure everyone’s gonna love it as much as I do. Tell us a little bit about how the track came together?

Falling… had some rough days with making this actually, certain elements were not sitting right, and I left it for a little while thinking that it’s never going to be finished (I’m sure you get this quite a bit being a producer yourself) but I guess I got there in the end. I first found the vocal on a remix competition, so I had a little play around with the vocal on some drum patterns and it was sounding amazing. However, what really changed the song was when I listened back to other vocal UKG tracks. They have a certain soulful element in them, from the chords to the stabs, and I knew from there that if I applied those elements to Falling, it would bring it to life.

What’s your production process like? How do you approach song-writing and production?

It ranges quite a bit depending on what mood I’m in and what music I’m making. Recently I have had vocals to work with first so I would have to build around them, which I feel might be a natural way of working as previously I would find samples and build around them.

I’ve definitely noticed a theme in your songs – its laidback and summery, but with a hint of sadness – I think it gives your songs a lot more musical and emotional depth, something that’s missing from a lot of music these days. Am I completely off the mark, or this an intentional sound you’re trying to forge?

I never really thought of it like that but I believe that’s quite right. It was never an intentional sound I was trying to achieve, it was more so that when I make a piece of music I would like the listener to feel and take something away from it, so maybe that’s how that theme comes into it.

Who are some of your main musical influences?

I listen to such a variety of music, I feel as though this list could be quite long… but some of the key people would be: Redlight, Floating Points, Chaos in The CBD.

So what other projects have you got in the pipeline, for us to look forward to in the second half of 2019?

I have a release with a Leicester based record label called Flat White Records on the 16th August which touches more on the house side of things, the title name is Magnolia. After that, I will have some more UKG bits one which touches a bit more on the moody side so it will be interesting to see how that is received and then potentially a Live show showcasing all the styles of music I make.