A trusted and highly regarded source of Electronic music and beyond, Juno Download has become a linchpin in the UK’s underground music industry. The multi-faceted platform deals with the purchasing of music, organising charts, as well as generally bringing awareness to artists who may not have substantial backing. It is for these reasons, along with our shared belief in bringing quality music to the fore, that 3000 and Juno Download will be teaming up to assess the top selling tracks of each month, as we start a series of joint ventures together. 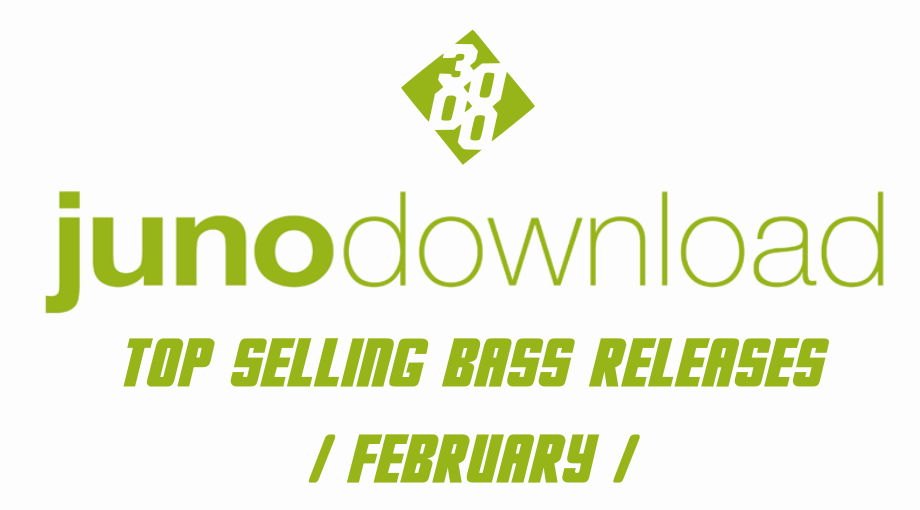 San Francisco’s 219 Boys offer a darker development of AC Slater & Taiki Nulight’s 2016 banger Psycho with the result being one to savour. Whilst the all-action original leans towards the House side of the Bass House genre, the stripped-back remix offers a more traditional Bassline alternative, the smooth bounce proving popular amongst DJ’s and fans alike. A great rework from 219 Boys and another successful Night Bass release: all hail California.

Britain couldn’t have had its hottest February on record without a sprinkle of some Todd Edwards, and the UKG legend did not disappoint. Another artist from across the Atlantic, the New Jersey native delivered a masterclass on how to encapsulate the original Garage sound within the contemporary 4×4 groove. You’re Sorry is perfect t-shirt and shorts music; I’ll be upset if I don’t hear this one all throughout Summer (alongside the rest of Todd “The God”s discography).

Taken from the his recent powerhouse project Globes, Goof gives Lorenzo the nod to revisit last years dancefloor dominating Shutdown and give it that 2019 twist. The high-octane energy the pair created in the original is only intensified; the variant in production provides stomping percussion and staggered synths with a toxic injection of pitch control and reverse effects. Along with the majority of the Coventry man’s recent album, this is not one to be missed.

Pioneering producer and latent label owner Chris Lorenzo is never far from a bass-driven onslaught, and this latest offering via his Sixty6Music imprint shows no mercy. Surging synths and scene setting sampling all comes together in true Lorenzo fashion, with the Midlands maestro once again proving that he might be Birmingham’s greatest export. The Hallucinogen Single affords us a B-Side in the form of Ghost Dub – featuring Polina – which is also well worth a listen.

Just as the Bassline audiences are appreciative of Livsey’s floor filler Everywhere, Drum & Bass fans are indebted to Taxman after his efforts on the remix. The Playaz veteran flipped the original rhythmic basslines and created a rampant roller, the haunting vocal sample very much justified by the stabbing leads and growling bass. With both versions released via Macky Gee’s label Down 2 Earth Musik, it seems to be the unforgiving nature of the Taxman remix that has garnered the most acclaim.

Since bursting on to the Drum & Bass scene in 2017, Norwich producer Upgrade has been raising the standards more and more with every release. His track Popular seems to have been somewhat of a self-fulfilling prophecy: the Jump Up throwdown has been both heralded at home and welcomed worldwide. The raucous rally between punchy percussion and thumping basslines leave no doubts as to why UKF snapped up the track for release.

Cumbria’s Dr. Oscillator got the call up to mark his territory on Rico Tubbs’ Bassline classic, Gangsters. This particular remix stood out as part of the project commemorating 10 years since the original Gangsters release, and it’s easy to understand why once you’ve wrapped your ears around the pitch shifting, bubbling basslines stitched together by Dr. Oscillator. Speeding the track up to 140bpm also implements an added layer of energy to the lauded 2008 original.

Karl Brown & Paul Benjamin of Dubz For Klubz have put together some real smooth 4×4 vibes as part of their 2TUF4U released project, the 2 TUFF 4 KLUBZ EP. The breakbeat drums and melodic organ work in harmony with the soulful vocals of South Londoner Lifford, the only feature on Deep Down Inside and the EP as a whole. Whether you’re after for one for the rave, an accompaniment at the beach, or a soundtrack for cleaning the yard, this record warrants a spin in almost any occasion.

If you’re looking for a producer proficient in everything from Bassline, through 2-Step, to Garage, look no further than London based Wittyboy. Born in Leeds and a product of the thriving Bassline scene contained in the North, Wittyboy‘s discography is a bastion of bass infused bangers. This self-released track, Narcos, is not another sample of the Netflix hit, but instead a bassline melody that will stay in your head for the remainder of the day. An expert combination of whirring leads and bulging bass sees this one become February’s second most bought track on Juno Download.

Only the second person to make a second appearance on this Top 10 list, Taiki Nulight goes from remix-ee to remix-er, taking on the task of reworking Keepmastik’s exuberant tune Phlegmatic Dogs. The impact that this one‘s had is an indictment of Taiki’s consistency as a whole, the Brighton based artist proving to be a mainstay in the Bass scene both in the UK and US. Taken from the same remix compilation as his aforementioned collaboration with AC Slater, Taiki Nulight has grown to become an integral part of the Night Bass roster and remixes like this only justify that status. The humming bassline from the original is retained and accompanied by a sporadic “dog bark” serving towards the theme of the track. Big up Taiki on reaching this month’s #1, we can only imagine what he has in store for the rest of the year.

That’s it for the February round up, catch up with next month’s best selling tracks in and around the Bass genres. In between time you can catch JunoDownload podcast host KXVU’s Breakfast Show Mon-Fri online via the Trickstar Radio app. He will also be running through each week’s hottest tracks alongside myself Duke Sky as we deliver weekly instalments of Fresh Friday’s – rating and reviewing each track as we go. Don’t forget to check out all the tracks and artists mentioned, you don’t want to be the one that misses out.