One thing we really value at 3000 is a label steadfastness, and their ability to move with the times without wondering too far from their original ethos. One label we feel who is managing to gracefully step between the two extremes with perfect precision is 1Forty, a project set up by LOCKT to showcase the best in grime, bass, funky and beyond.

We have seen the label move effortlessly between different genres and sounds, bringing forward a host of new names whilst also collaborating with a tonne of established faces, cementing themselves as one ot the most forward thinking outlets in the UK bass scene to date.

This latest project they have brought forward sees them put together a month of high quality projects in ‘4 Weeks Of 1Forty’, a release series designed specifically to push new additions to the label to the forefront by showcasing their genre radius. As far as we are aware, we will be gifted a new release a week, each with a different sound and style, giving us a dipping platter of what 1Forty has to offer. 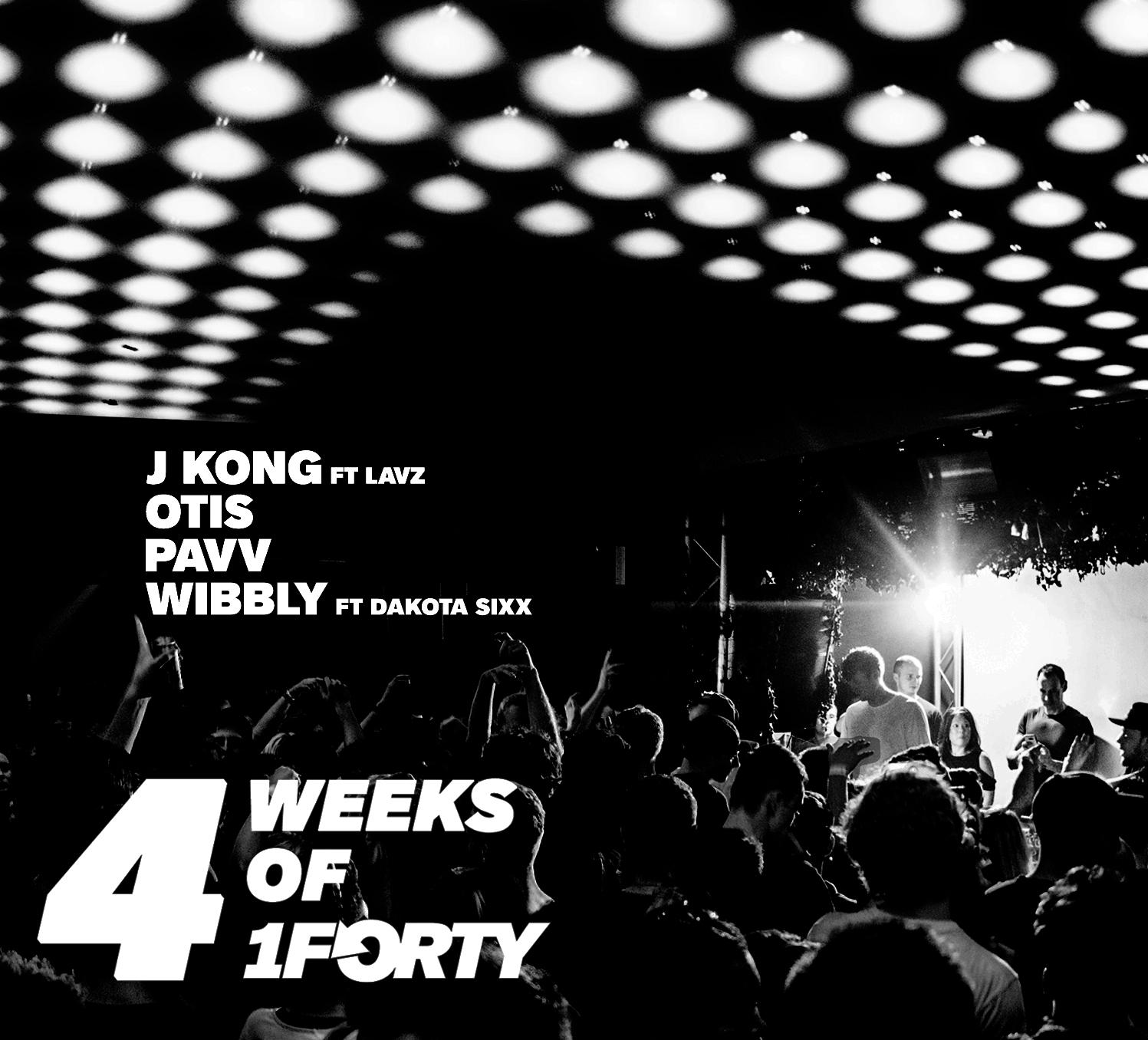 When asked about the initial ideas for the project, LOCKT replied ‘We receive a lot of demos from up and comers who have a very small discography if at all, and we also have some producers coming through inside the 1Forty camp local to us in Leeds, both of which are really starting to get some great stuff down. So it felt like the right time to put a project together to promote that, rather than sparsly releasing 1 single at a time or being the track 4 on the Genre Release it made sense to put an entire project together focusing on them’.

We see above that the four week expanse is set to bring forward music from Wibbly, Otis and most notoriously Pavv, kicking off with this week’s sumptious serving from J. Kong and Lavz on a grimey flex, bringing the vicious vocal flare of Lavz to the forefront, along with J. Kong’s intricate 140 compositional designs.

We were keen to see if this was a project theme that we would be likely to see again, so asked LOCKT to a response of ‘I don’t see why not I think its a great project where we can look to bring through some fresh faces in bulk once every year rather than just 1 track here and there like I say. As long as the artists find it beneficial and we can see its helped them get a reputable release under their belt then it makes perfect sense.’

It’s clearly going to be an exciting year for the 1Forty crew, with LOCKT also saying ‘After the graft that went into the Manchester Launch and 1Forty Live #2 we’re honing in on the label schedule over the next couple of months to get all the tracks for the releases locked down. We have more Genre Releases on the way and more original pairings as ever. We have 1 of funky’s most reputable and consistent producers teaming up with a MC we’ve been looking to work with for a while now which will land in Spring. You’ll be seeing some more of the established artists we have released previously as well as some new faces over the coming months. Of course were currently patterning up more releases for our guys 9TRANE and Fork & Knife as well. So much talent across the respective genres were active at the moment and were really looking foward to getting more music out there.’.