Is Albzzy the next up to join the extensive Night Bass roster?

As a label, Night Bass really have been setting the pace in the bass scene for quite some time now, headed up by the insatiable appetite of AC Slater, who continues to supply the US, UK and beyond with a stream of excellent, forward thinking bass music. Amongst their roster we see regular apperances from the likes of Chris Lorenzo, Taiki Nulight, Jay Robinson, AC Slater himself and many more high profile names, all forging a unique sound for the LA based imprint.

A bootleg that dropped towards to end of last week from Hastings’ very own Albzzy hints strongly that he could be looking like their latest addition however. As a producer, Albzzy has been making waves around the UK with his stripped back 4×4 style of production, always bringing high energy originals to the table a long with a very well maintained social media presence across all platforms. Along with this, he heads up the B2B Audio project, focussing on bringing high quality media and press assistance to the bass scene and beyond.

It’s no secret that Albzzy has been waiting for his opporunity to join forces with the Night Bass team, having openly stated across both Twitter and Instagram that he is a massive fan of the label and extremely keen to work with them. Having toured around LA during 2018, his set of direct influences is pretty clear.

The track itself is a perfect example as to why Albzzy would be a perfect fit for the Night Bass expanse, as he gets busy putting together a powerful rework of Corrput’s ‘The Loot’. Compositionally, this one offers a range of cool elements, focussing on more subtle, pulsating sub leads and sharper drums, rather than the standardardized, high pitched LFO leads we hear all to often across UK bass music. As we said before, this track is the perfect advert for Albzzy’s compatibility with the Night Bass sound. 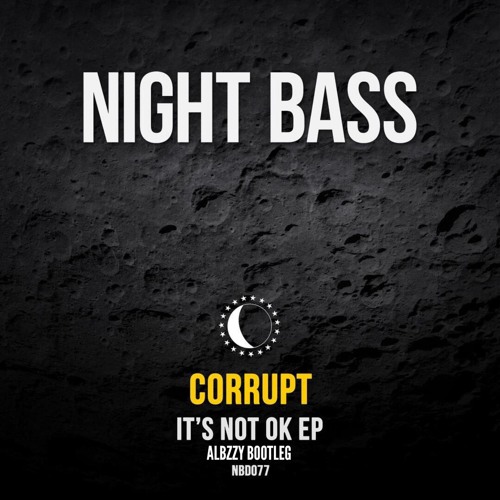 When asked how this one came together, Albzzy replied with “The remix came about as I was a huge fan of the Corrupt (UK) EP on the label, and I listened through the release over and over and I just knew I had to put my touch on it. I feel like myself and Corrupt both carry a similar vibe in our productions, so I reached out to him and sent him the remix! He loved it straight away and shared it to his story which got a huge response. I wanted to release the remix of course, but the last thing I wanted to do was to step on Night Bass’s toes, so I hit them up, and they were kind enough to give me permission to share it with the world!”

We continued to quiz him on what he had coming this year following this, to which he responded “I’m working on an absolute ton of music. I have my ‘Midnight’ EP out on Broken Syndicate on February 19th, which is my first journey into Drum & Bass. I’m super excited. After that I’m straight back to my bass house roots with a number of EP’s, singles and remixes. I’m especially hyped for a track with my boy SK titled ‘Straight 100’s’! I’m also off to America in April once again to play some shows. More on that soon!”.