2020 has been a turbulent year for everyone the world over, and this is especially true for those of us in the music industry. Despite these trying times the mentality that ‘the show must go on’ has been embodied by many, with livestreams, sit down raves becoming all the more normal in light of the scene’s mounting challenges. One such outfit that shows no sign of slowing is Midlands-based IllNotion records.

Spearheaded by scene legend A dot R and relative new kids on the block, IllNotion Records have quietly made several adroit acquisitions, including exciting up-and-comer DJ Deeno, with rumblings of future signings on the near horizon. It doesn’t just stop with the music, however; the label head asserts that his ambitions are to create an inclusive creative agency, which spans different musical and visual art styles, whilst simultaneously ensuring that the organisation remains attuned to the intersectional considerations of race and gender. 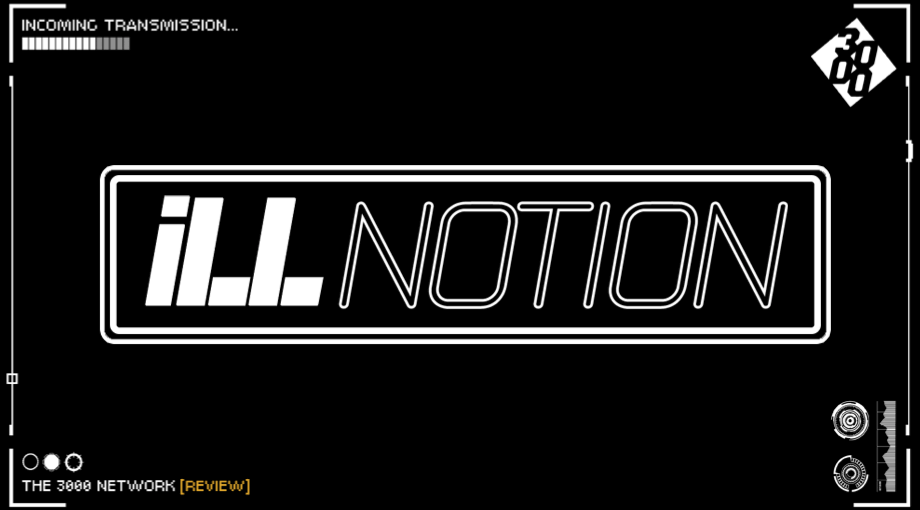 I took some time to reach out to A dot R, who has gone from acquaintance to friend over the last couple of years, in order to discuss future ambitions, where he sees the scene heading and what he has in store for the coming months.

Q: Hello mate, not been too long has it! How’ve you been these last few months?

A: I’ve been great thanks for asking! I feel current events have led to a general slowdown of life as we know it, and there’s never been a better time for focusing on family, self and planning things you wouldn’t normally have time to.

Q: Well, to tie that point to my next one, how do you feel Covid-19 has changed things for you: first as a musician, second as a label head?

A: The canceling of this year’s events, and the toll that’s taken on the industry has troubled many of us, myself included, but it’s also afforded me time for developing in other areas. Although we (IllNotion) have been releasing music, we haven’t had an official launch for the label yet, which is something we had really planned to have done by this year. Covid has managed to lockdown and stifle a few of our plans, but we’re not giving up!

Q: Would you like to go into the first signing to the label, what it represents to you and what you’re looking to represent with the label and creative agency?

A: So our first signing on the label is: myself! To me this is about representing creative freedom and ownership. Ownership is something which all acts on the label will retain, and viewing it as a cooperative enterprise that’s mutually owned is central to our philosophy moving forwards. The old industry model of labels trying to own everything is dead to me, and we can only hope that others start to follow suit!

Our second act on the label is DJ Deeno, an up-and-coming UK Bass Producer/DJ who also has ample experience in design. Something which I’ve seen a lot of in the bassline scene is talent going to waste, which is unacceptable! This is usually due to acts lacking confidence in their work or not knowing which avenues are available. With this in mind I’ve always tried to be community-minded, whether that’s being the guy that’s happy to give general advice, or a pair of ears giving feedback to an artist that’s hit me up. Through the label I feel I can better help these people by giving them another outlet to release their music, and cultivate their talent.

Q: What do you think people within the scene could be doing in the midst of this crisis?

A: Creating and releasing music is number one! I think it’s still so important to carry on and to make sure that we’re doing what we love as musicians. I feel it’s important for the scene not to stagnate, but to not get disheartened in the process of trying to move ahead.

Q: So, what are your plans going forward with the label after this point?

A: We’re currently scheduling several releases from myself, DJ Deeno and a host of other acts, which all nicely coincides with a live streaming event that we’ve got in the works for the near future.

Q: Anything coming up in the near future that you’d like to spotlight?

A: As I mentioned, I’m very excited for the projects Deeno will be putting out soon, especially considering that he’s been crafting some great tracks that I cannot wait to share. I’m also eager to release some UKG projects I’ve been working on, which include features from some familiar names.

Q: Thank you for everything my man! Where can we reach you?