While certain blogs are concerning themselves with the idea of Grime being dead, those of us with our finger on the pulse are celebrating the rise of the next generation.

A scene that remained stagnant for so long is now in the midst of what feels like a Golden Era. The hard labour conducted by Grime’s forefathers is beginning to bear fruit. The internet has provided asylum for the genre, progressing from the days of Grime Forum to bring everyone together through social media. No matter what the root cause is, the result is undeniable: Grime’s alive and kicking.

Step forward, SBK. The teenager has taken the scene by the scruff of the neck this year, combining his high-octane style with a palpable work ethic, triggering a rapid rise through the ranks. From being invited on Rinse FM as a 14 year old, to most recently accompanying the legendary Manga St. Hilare on BBC Radio 1Xtra, the youngster has been evolving right in front of our very eyes. He gained much acclaim from that first Rinse set alongside Novelist and friends, progressing in leaps and bounds ever since. The time came for SBK to unleash his full potential on a project and I believe I speak for the vast majority when I say I’m here for it.

With hard-hitting production from the likes of AudioSlugs, FlexerBeatz, OH91, and of course himself, plus a singular feature from fellow young gun Renz, the EP explores an array of styles and themes throughout. Rather than just laying a load of radio set bars on a beat, with a hook wedged in between, you can tell SBK has made an effort to craft each track individually. He sets pace nicely – skipping across a vibrant OH91 instrumental whilst detailing struggles as a younger and demonstrating the power to overcome them. The artist then sends a clear message on Fendi, expounding on his lack of desire to flex with high-end fashion. This one is a standout track for me, especially considering this kind of humility isn’t a trait you’d usually associate with an MC of his age. Once he joins forces with Renz on End Of The Week, the pair go bar for bar over a dark, piano-lead instrumental; this track giving us a good glimpse into Grime’s future. 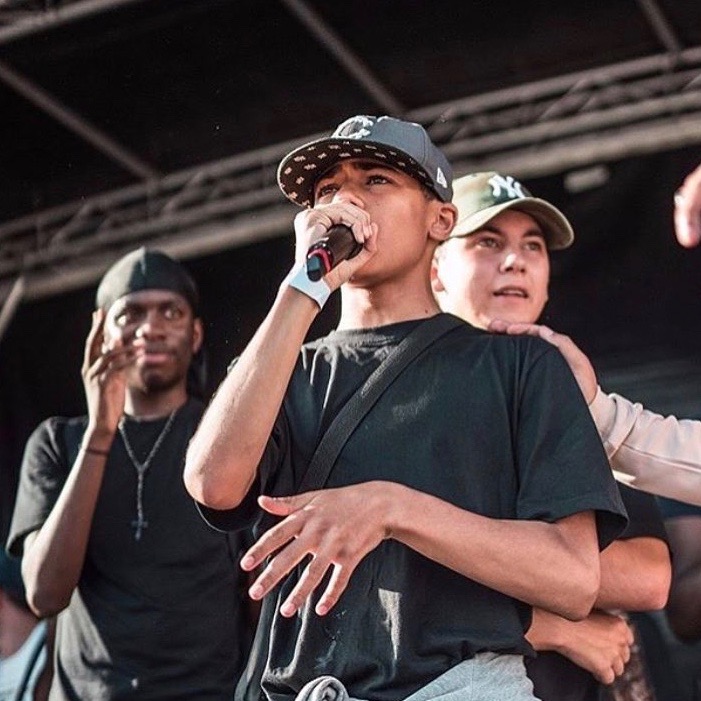 After sending us into deeper waters with the salvo of flows on What Why, followed by the bouncy, more introspective Walking Down The Road, the rapper/producer then gets straight into freestyle mode with his rendition of Tim & Barry’s The Lift. In what he describes as an “off the dome” freestyle, it’s an impressive offering on the established Grime channel: further evidence of the bright future that lies ahead for SBK. The catchiness of Star Boy cannot be overlooked either, with the Mobset affiliate getting busy over a hectic, bass-driven beat. He closes out the EP with a similarly uplifting vibe as it started with – this one courtesy of AudioSlugs – except that this time SBK has come strapped for combat. In a continuation of the warmongering Hell In The Cell event, the young mic man goes at several other MC’s in the scene, leaving little to the imagination. No matter what adjective you use to describe SBK, ‘fearful’ cannot be one of them.

The brazen nature of SBK’s style extends a lot further than youthful exuberance; this is an artist with the utmost confidence in himself. Justifiably so – he’s just banged out a very solid project at the age of 16 – more than half of it being self-produced. We’re well aware of the talent, but at this point very little is known about him outside of his musical endeavors. We recently paid him a visit to discuss the EP, musical influences, and all things SBK.

SBK! Big up for taking the time to sit down within us man. How are things at the moment?

That’s no problem, I’m fine thanks. Things have been better but they’ve been worse aswell.

I hear that! For those that don’t know, could you tell us a little bit about where you’re from? Do you feel it’s had an influence on your music?

Well I’m from a small town in Hertfordshire called Stevenage which isn’t really known well, but it’s still got the same problems as everywhere else in the UK. It’s had an influence on my music in that I’ve grown up and learnt the streets here, if I didn’t I’d not have much of a story to tell when I spit.

Now you’ve just released your debut project – the self titled ‘SBK’ EP – are you happy with how it’s been received?

I’m happy because it’s done what I set out to do with it and it’s established my sound more. It was really made for the few supporters I have and myself, no-one else really. I’ve earnt well from it, especially through physical copies which made up most of the sales. Can’t wait for my next move.

Considering you’re 16 years old, you would have had a bit of a different experience growing up with Grime. Who was popping when you first got into the genre? And who stood out as an inspiration to you?

Well I’m not going to stunt, I came into grime when I was like early 2014, when Skepta and Stormzy were starting to pop off bare, and where a lot of attention was being directed at the scene. I used to watch Rinse FM sets w/ Novelist, YGG, & Mez, MTP etc. I was spitting bars before I knew what grime was but when I first heard UK people spit it was a realisation that I can do something with this too. The first grime set I did was a Rinse FM set with Novelist in 2016 – and that helped me when I entered the scene greatly.

I like the honesty bro. I remember seeing you going ham at Hell In The Cell [DJ Argue’s battle-lead event]. You held your own against a lot of guys in there. Do you see yourself as a clash MC? Would you be interested in a Lord Of The Mics style battle in future?

Haha which authentic grime mc doesn’t want to prove their worth in a clash at some point? Personally I don’t believe in someone being a grime mc and they can’t clash, that’s a key attribute of this whole ting?! I’d love to do lord of the mics, but it’s about getting that support behind you first, and putting yourself on the map. I feel like it’s easier to do that in places like Birmingham or London, but I’m a small town kid, it’s gunna be harder for me to blow but I’ll appreciate it way more than certain dons.

That’s a great attitude to have! Personally, I see you as an MC who takes real pride in his lyrics. What’s your favourite SBK bar?

Aha that’s a sticky one still, probably the lyrics from my song ‘Walking Down The Road’ on my EP.

Something I really like about your style is the conscious element, demonstrated on tracks like ‘Fendi’ (from the SBK EP). Can you tell us a little bit about your writing process? Do you have topics in mind or do you just let the pen flow and see where you end up?

I actually wrote Fendi because I had a conversation about the brand with my friend, and we was just talking about how mad expensive it was, and it bare contrasted with my life at the time so I wrote the track – it’s about not caring about clothes/brands. When I write, I just include things I feel and go through in everyday life, otherwise it’s not honest music.

Very true. Well you’re clearly doing something right – the name SBK has been ringing bells across the scene lately. With a month or so to go in the year, what’s been your musical highlight of 2018 so far?

I wouldn’t choose just one highlight, but one of the biggest moments this year was that 1xtra set w/ Manga, Micofcourse, Tommy B & GHSTLY for DJ Target. It was such a calm set. Feel like I haven’t done enough this year though, so 2019 is go time!!

Having already graced heavyweight platforms such as 1xtra, Kiss FM, Rinse FM, Tim & Barry and BL@CKBOX, you’ve crossed a lot off the list already. What target is in your sights for the near future? Any live shows planned?

Yeah, I’ve crossed a lot of these platforms off my list, but that doesn’t mean I’m done with them. Most of these freestyles are just a glimpse of what I can do, because they were recorded when I was younger or because I was less experienced. I assure you that compared to now, most of these shows aren’t representative of my level of spitting at this moment in time, so it’s time for new content to show people what I’m currently on.

Nice! We’ll finish up with a curveball. You’re offered a pill which doubles your intelligence but also permanently removes all your hair. Do you take it?

Drugs are for mugs bro. Intelligence grows with time so what’s the point?!

Well, there you have it. Wise words from the man himself. Remember to check out the SBK EP and follow all socials (found below) to keep up to date with the latest content!

You can grab the project below: 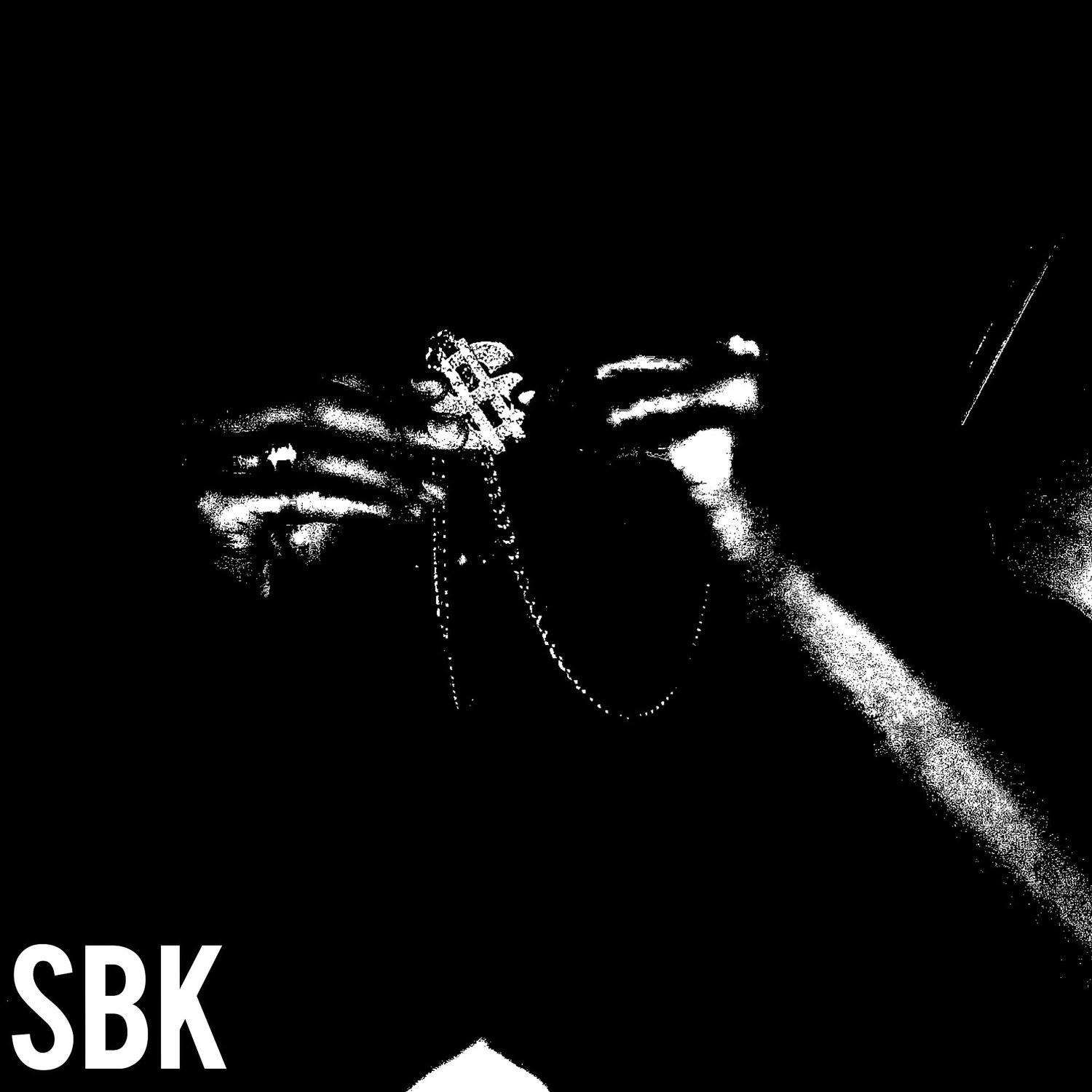 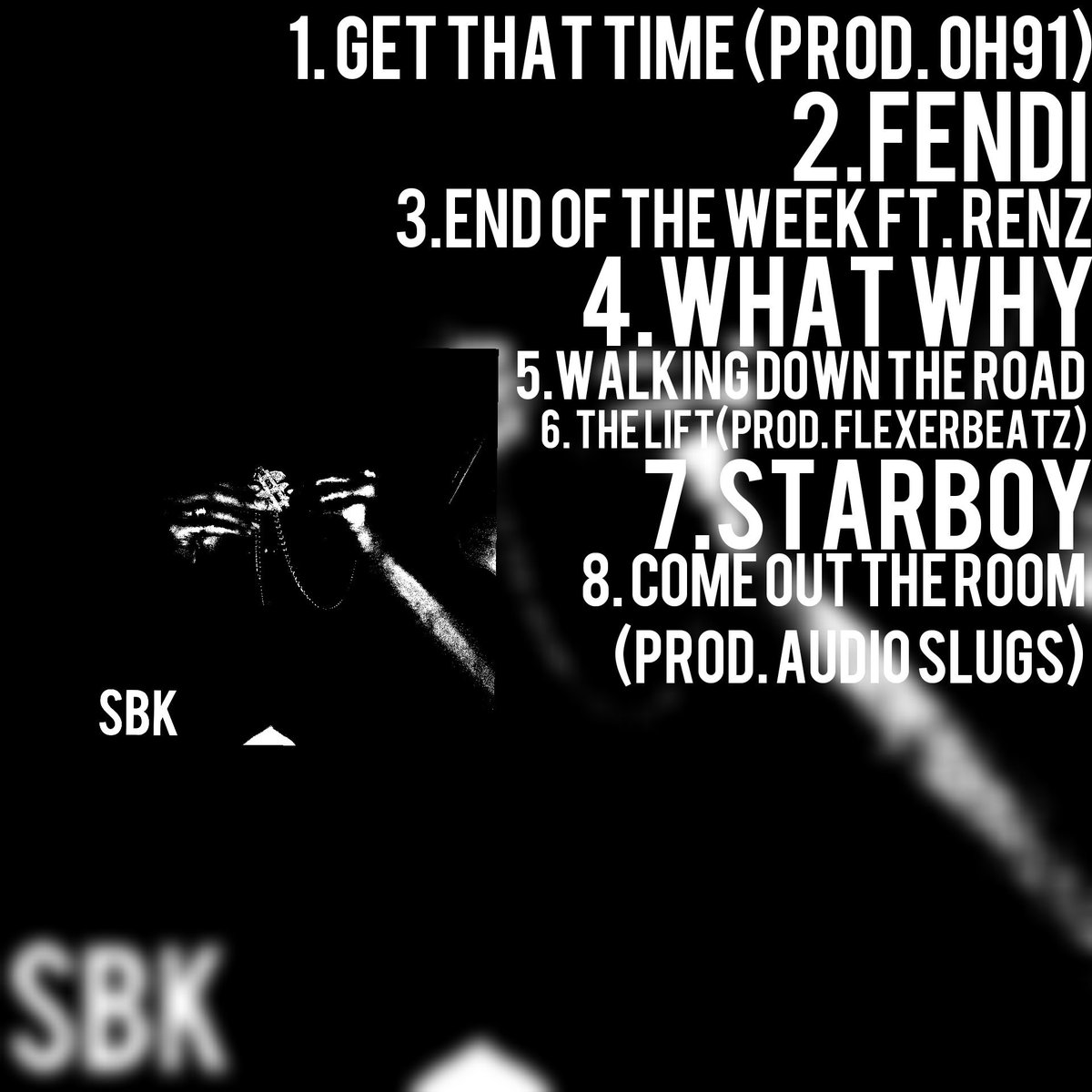