In recent years the underground scene in the UK has been blessed with a wide range of talent from outside of the nation’s Capital. Of course there has always been skilled producers, singers, and MC’s in all pockets of the country however the social media revolution seems to have leveled the playing field, allowing someone from a small town in the midlands to have more or less the same opportunities and access as those in the big cities. It’s a transition which has been of huge benefit to the musical world with the only real drawback coming in the form of over saturation.

As mentioned, there are plenty of talented producers and plenty of talented MC’s coming from outside the UK’s major cities. It is harder, however, to find someone who possesses a high skill level in both disciplines. Leominster’s Jakebob fits this bill to perfection, and is also a great example of a small town kid making as much noise as counterparts in London, Manchester, or Birmingham for example.

Having had a string of self releases throughout the course of 2018 – including the three EP’s ‘Behave’, ‘Fridge Freezer’, and ‘Attention’ – as well as the ‘Champion’ EP released on Southpoint and the ‘Reality’ vocal via Chameleon Audio (alongside an accompanying video), it’s been a busy year for the man from the Mids. This latest two track project, however, enters a different zone to, say, his ‘Champion’ EP in which he embarked on a harmonic journey, to great success. Whilst maintaining the same melodic flexibility, Jakebob has injected a great deal energy into the powerful combo that is the ‘Hymn List’ EP. With surging synths and bolstering baselines, the title track reminds us of Jakebob’s innate capability to keep the rave full of gunfingers. The choppy nature of the track provides a perfect canvas for DJ’s and MC’s alike to work their magic, and has already been a frequent go-to on recent sets (with selector’s who are lucky enough to have been blessed with a pre-release exclusive). The second track, ‘Hi Riddim’, is a beat carrying serious, serious weight. Get hold of a worthy pair of speakers, turn the volume up & let the Hitman Tiga ‘Bloodclart!’ sample perfectly describe your mood. After his Beat Boss ventures, it’s tracks like these that make you want to see Jakebob in a beat battle again.

This A/B side release is a true testament to Jakebob’s versatility. He has tracks for all occasions and then some; this double sided single just confirms what many already knew: Jakebob hasn’t come to play around. I recently tracked him down to discuss the single, the mindset going into making his eclectic range of tracks, his allegiance with Walsall label Chameleon Audio, and much, much more. 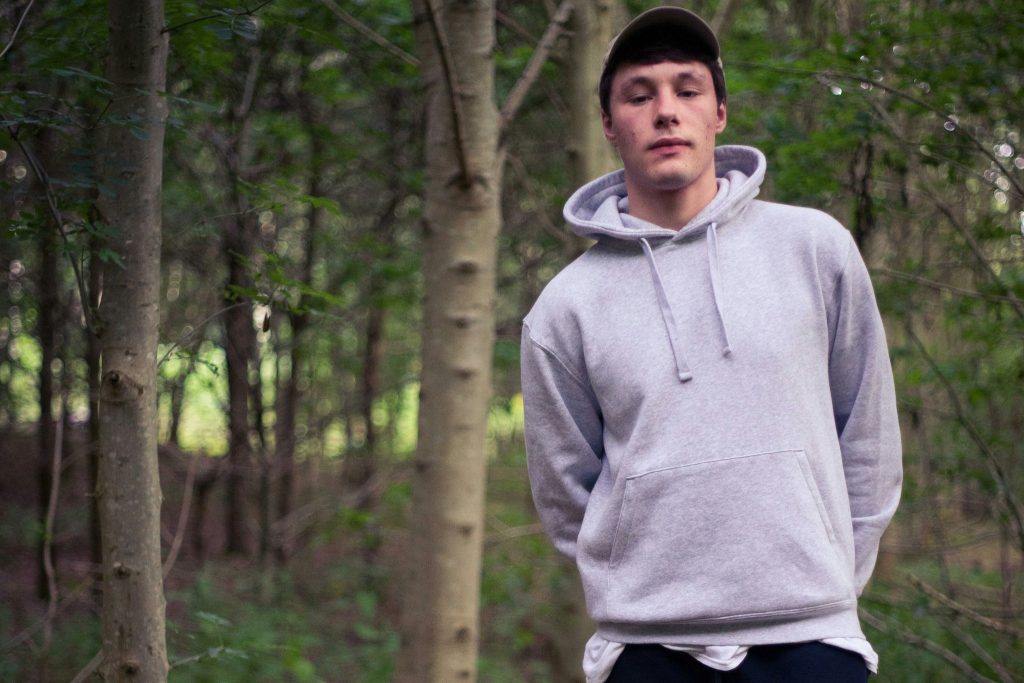 Send out to skengman Jakebob! How are things with you sir?

Easy Duke! I’m very well thanks mate, just trying to make the most of the last few weeks of the year before starting all the 2019 works, apart from having a sore thumb from making too many glasses everything’s looking good .

You must be one of the hardest working people in Grime, always got a release on standby. How do you manage it alongside a full time job as well?

I appreciate your kind words.  To be honest if i didn’t make music I think I would go crazy, the only thing that gets me through my 9-5 is coming home at lunchtime to work on tunes, and jotting down random notes throughout the day and trying to decode them at home. My boss has always been overly supportive of my music, and regularly swaps her days with me so I can reach radio/studio , so huge shouts to Eira for looking after me. But I’ve been making music since before my job to be fair, so its always been something i just loved and wanted to do regardless.

This latest release, Hymn List, is full of energy. A complete contrast to previous work such as Wolf Whistle (a percy of mine!). Which style do you prefer to make – or is it a healthy blend of both?

It’s a really tough question this because I think it comes down to the mood your in when you open up your laptop. Like when I made Wolf Whistle I didn’t have a plan or an idea to begin with, I just came across that smooth middy sample and just ran with it and it ended up being this super chilled and mellow tune. But then sometimes like with hymn list, I built a skippy drum pattern and then the rest just came naturally . I actually was streaming on Instagram Live while I built Hymn List, and Maxwell Falls (Chameleon Cameraman) and Chemist Rns were locked and we were getting gassed off it! In answer to your question I would say a blend of both, but it’s when you get a lightbulb moment or you find something that purely gasses you and you can’t wait to finish the tune, thats by far my favourite feeling.

One of the most played Grime producers on radio, any set worth it’s salt will feature at least one Jakebob riddim. Which DJ playing your tune has surprised you most?

Probably Mak 10 . It’s crazy to think that the same dj from the infamous Jammer birthday set was spinning my tunes on rinse nearly two years ago. Big thanks to Mak 10 for that. Other than that I’d say Sir Spyro purely because the amount of tunes he must get sent is mad, thanks out to Spyro.

For anyone living under a rock, Jakebob’s talents extend beyond the keyboard, to the microphone as well. Considering how unique your style is, who would you say influenced you as an MC? And which did you pick up first, the mic or the keyboard?

MC’s who influenced me  growing up were Sox , JME, Prez T, i dunno its quite a weird one.  I always liked MC’s who had good clarity and could say anything and make it sound sick in a bar, and not feel obliged to chat badness.

It was the mic first! I started writing grime and hip hop bars when I was 16 at college , and then i started properly trying to make beats about 2-3 years after and kinda dropped off mc’ing as much to make more instrumentals. 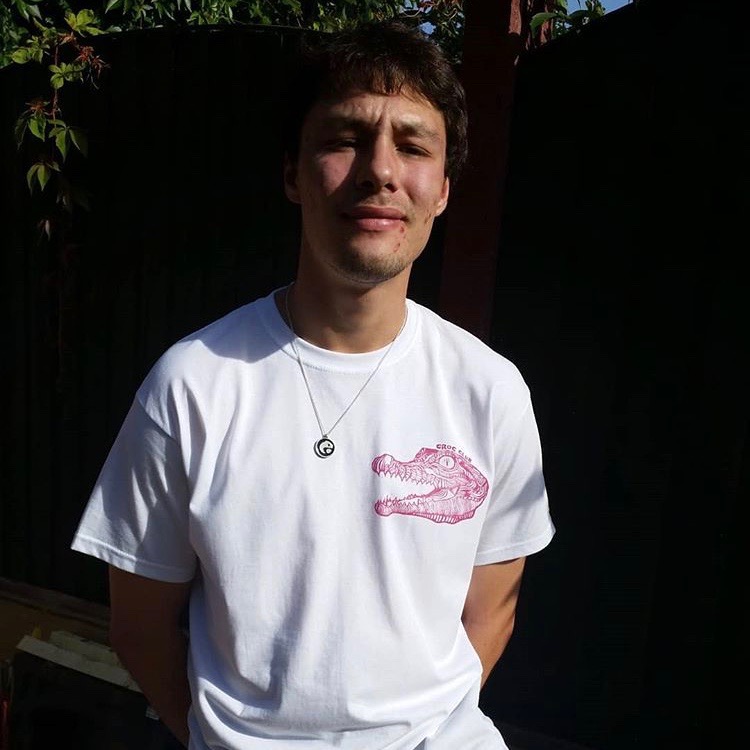 I’ve always known you as part of Walsall’s Chameleon Audio imprint (alongside Mojoe & Chemist RNS). How did you initially link up with those guys?

I saw Chemist RNS was doing a guest mix on DJ Skillz’s UK Mondo show back in 2016, and I had his tunes from previous Project Allout releases . I reached out to him on facebook and he invited me to chameleon studio to meet himself and Mojoe, and I’ve been making music and releasing with them ever since. Massive shouts to both Joe and Manny cause they’ve both taught me so much in regard to producing and mixing shit down, brought me to my first radio set,  and done countless other shit that they didnt have to do so big up them!

Coming from Leominster, it can’t have been easy to get your music heard in the beginning. What was the first thing to happen which made you think “I can make this work”?

Probably when Spooky started playing my tunes regularly on his Mode FM night shift . As a producer and a dj he’s been a big influence of mine, so to have him spinning my tunes made me think I was doing something right I guess, and it kinda fueled my drive to not stop building more tunes even though there’s little reception for it in my county.

As already mentioned, my favourite track of yours is probably Wolf Whistle – though the title track on Hymn List is up there too. Either vocal or production, could you give us one track which you’re most proud of?

I may have to agree with you on Wolf Whistle , theres a 130 devil mix lurking on my laptop and that ones nice as well. But there’s a new one called “Heaven Is Beautiful” that I played on Mode FM w/ Chameleon in November, that’s also a Contender.

Vocal is usually my newest one I’ve done , and that one is called Don’t Call , prod. Chemist RNS , which you’ll have to keep an eye out for!

Also a frequent collaborator, you’ve previously shared stems with the likes of Filthy Gears, Beanzo, and maybe most often, fellow HR6 don Lingerz. Which 3 other producers would you most like to work with?

We have to finish with a curveball. If you could wake up tomorrow having gained one skill or ability, what would it be?

How to drive, I need to learn –  all these trains are killing me .

Huge thanks for having me and for your kind words about the release .

You can listen to the ‘Hymn List’  EP from tomorrow, Friday 30 November, via Bandcamp and all major streaming platforms. 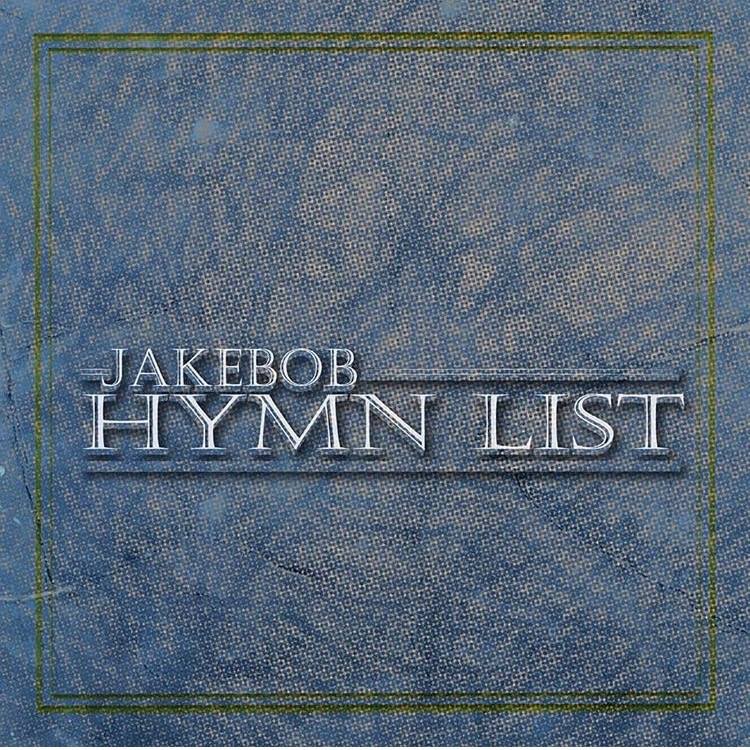