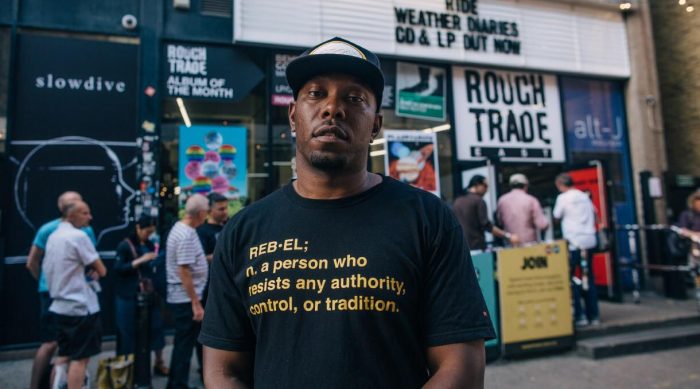 You would struggle to find an artist – in any genre – with longevity comparable to Dizzee Rascal. It’s been exactly 15 years since the inception of his first album, and nowadays the Boy In Da Corner can roam freely round the room. He was the first Grime artist to infiltrate the mainstream, perhaps the first British underground artist in general, meaning there was no blueprint for him to follow. Dizzee entered the wilderness of the wider music industry and quickly found his feet, churning out chart hit after chart hit, both by himself as well as having a helping hand from international acts such as Calvin Harris and Robbie Williams.

His debut album is generally considered to be a cornerstone of Grime – certainly one of the most influential projects – yet if it were to drop today it’s unlikely a lot of the tracks would be considered authentically ‘Grime’. Taking that into account, along with a multitude of his other mainstream escapades, it’s clear that the East London phenom has always been one to flirt with the idea of different genres and sounds. Where some artists will stick to a proven formula for fear of being ridiculed, Dizzee has always thrown caution to the wind and simply created what he wanted to create. The artwork hints at a blend of old and new: a photo from Dizzee’s childhood with the title of the project written in the typical ‘meme’ font of today.

That being said, it’s no real surprise that he opens up his new Don’t Gas Me EP with a House-infused Dance track. He’s a rapper who has transcended Rap; a hard pill to swallow for some of his contemporaries. The track, lending it’s name to the title of the EP, is a real injection of energy – one which would be severely outside the norm if it were to come from almost any other artist from Dizzee’s musical background. We’ve come to understand, however, that whilst making a name for himself in the mainstream he has accrued a certain type of fan base which feed off a certain type of sound. The self-produced Don’t Gas Me track has the kind of generic Dance style that wouldn’t be out of place at a 15-year-olds birthday party: a song which is certainly palatable to the masses. Featuring a jovial flow and whimsical lyrics, it’s an example of the artists’ everlasting ability to cater to various different audiences. 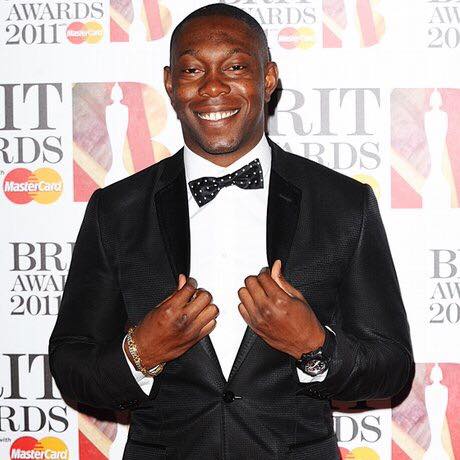 After the exuberance provided by the House bounce in the opener, the second track Quality, again self-produced, brings in a more ambient vibe. The lyrics give us an insight into Dizzee’s introspection as, in the very first verse, he questions “How much P will my kids inherit / How much P can I get for this yard if it all goes tits up and I’ve gotta sell it” and then continuing to answer his own question, alleviating negativity by exclaiming “I ain’t gotta sell it / How much P will I get for this headline show when I pull up tonight and shell it”. His self-confidence and understanding of position in the music game is further demonstrated just a few lines later in the words “Yeah I’m in charge / like I’m the Sarge / look at these likkle man giving it large”. The second verse offers a moment of reflection amongst the continued introspection, with Dizzee paying his respects to the tragic loss of fellow MC (and friend) Stormin, declaring “I’ve been mourning all through the morning / RIP to Stormin that’s Shaun”. The second and final verse comes to a close by Dizzee shedding light on the theme of the track, outlined in the chorus, letting the audience know “I try and trademark the best part of me / they made it hard for me / it ain’t hard to see”.

Aside from Dizzee Rascal, there’s probably only one other ‘first generation’ Grime artist who has gone on to take the mainstream by storm. Dizzee enlisted the help of Skepta for the third track, Money Right, seemingly putting an end to any rumoured tension between the two. Also produced by the Boy Better Know pioneer, the track is a perfect example of where I believe Grime is heading – sonically speaking. It’s a nice blend of traditional Grime melodies and samples with contemporary drum patterns. It literally combines the two; switching up from the half time drum beat to a more Grime infused rhythm midway through the track. The two veteran MC’s go verse for verse: Dizzee staying true to his effective, punchy flow whilst Skepta glides across the beat with a more laid back style. It’s worth noting that Dizzee begins his opening tirade with the famed “Stop that / start that / get that” line, a genuine throwback to the early days of radio sets. After introducing himself alongside the BBK member, Dizzee goes on to explain “Ain’t no disrespect / better dead that” – dispelling the notion of any beef between them (after it was claimed some of Skepta’s lyrics on his previous album had been directed towards Dizzee). Skepta also brings in his verse with his notorious “Go on then / go on then” bar, again giving the audience a sense of nostalgia. The rest of his time on the track is spent adopting his new-age slow and choppy flow, an indictment of the more modern sound honed by the North London native. Overall a great collaboration by the two: it’s a track built on traditional foundations with an updated twist. They haven’t tried to take us all the way back to 2004, just as they haven’t abandoned their original musical philosophies; it’s a healthy combination of both that yields very successful results. 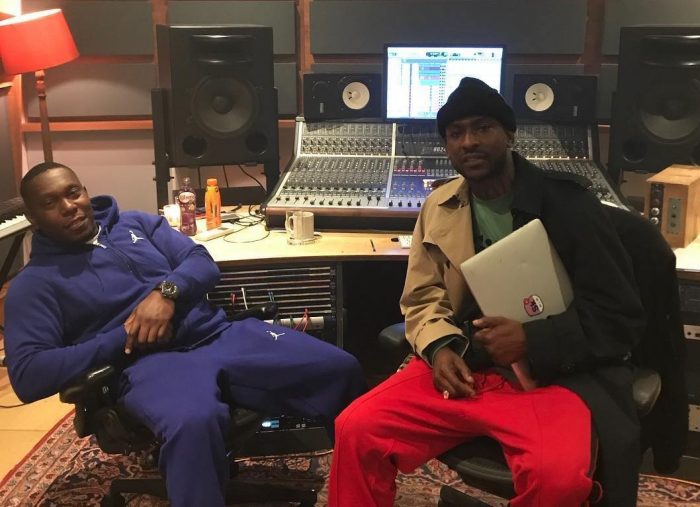 The follow up track on this EP is a continuation of the traditional Grime feel, leading the audience to believe that this is still in fact where Dizzee’s creative curiosity lies; the opening Dance track now seeming like something of a pump fake. Spin Ya begins with no introduction needed, straight into the hook over a more orthodox Grime instrumental than the previous track – this one being another Dizzee Rascal production. Dizzee comes out all guns blazing on his first verse; a rapid fire flow riddled with wordplay. After further venting some frustration regarding public perception, he explains “I was just another / young rapper tryna pattern up a strategy / a little bit of patter / I ain’t looking for a pat on the back / I want a pad and a stack”. He salvo doesn’t cease throughout the entire verse. This is – in my humble opinion – Dizzee’s best showing on the EP, lyrically speaking. This might be because he feels most at home on this type of beat and decided to really flex his skill set – or it may have something to do with the fact he invited two hungry MC’s on the track with him: North London’s C Cane and and South London’s own P Money. P carries out his verse in typical fashion, triggering a barrage of bars and flows featuring wordplay such as “Skateboard MC / you been on the grind for years without stacking it”. He has solidified his prestige status in Grime throughout the years and this verse is an added testament towards that. It wasn’t just P Money who showed up to show off, though: C Cane delivers her verse with a multitude of multi-syllable lyrics and hard-hitting punch lines throughout. Whilst she may not be know to the masses just yet, she should be on any Grime fans radar through her performance in the infamous Grime-A-Side tournament in which she captained the London team last year. If, for whatever reason, you aren’t familiar; you will be by the end of this track.

The EP closes out with a similar sound as it begun, as Dizzee stays Patterning Vibez on another self-produced instrumental. Another one for the Dance category, this one features a more soulful chorus conducted by Astronaut Zu, which really brings a nice new element to the House infusion. Dizzee again brings his charismatic, comical side out on this one – the adlibs alone are enough evidence of his humorous personality. Another throwback to his Dance Wiv Me days, it’s not one for the Grime connoisseurs – but as previously mentioned – Dizzee has expanded his audience beyond the genre. 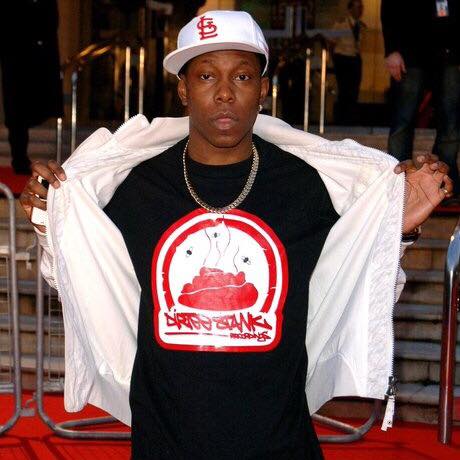 Unlike Raskit, his album of last year, this EP is a more eclectic project featuring a wider range of styles and sounds. The problem with trying to make something for everyone is that often you’ll end up making something for no-one; so by segmenting the differentiating styles into separate tracks throughout the EP he has left it for the audience to pick their favourite sound of his. Those who are fans of Patterning Vibez may not be a fan of Money Right, and vice versa. That’s what this kind of project should be about; it’s essentially a portfolio of an artist’s varying skill sets. His verse on Spin Ya demonstrates he’s not missed a beat in terms of writing and recording, his pen is still sharp as ever. The Don’t Gas Me song will keep the House-heads happy, I’m sure. I think among the broad spectrum of beats, bars, and collaborations, I think Dizzee got it right. You just have to understand that not everything is going to be for you.

You can grab the project HERE