As we draw towards the close of 2018, we can look back and say that this year was quite possibly bass music’s strongest episode so far, with festival stages around the country being stacked with representatives, radio stations taking a 4×4 hammering and the raves being dominated by bass DJs. One of the most notable names to be involved in this continued growth of the scene is none other than Sheffield’s own: Deadbeat UK.

As a true veteran of the UK bass and garage scenes, Deadbeat is a true pioneer of the Northern bassline sound, being hailed as a wizard with his technical no-how and production prowess. As a producer and DJ, he is also known to be one of the most supportive and genuine faces on the circuit, providing a tonne of mastering work for some of the scenes best and some of the brightest up and comers as well.

At the start of 2018, Deadbeat announced that he would be releasing a free track a month as a way of giving back to his extensive fan base who he is always very keen to praise. As the year approaches it end however, we have been blessed with the opportunity to provide you guys with an exclusive early listen into what will be available in the very near future from this release schedule. These three free downloads are now available to preview exclusively through threethousand.co.uk below. We were also lucky enough to grab a quick conversation with the man himself before he sent these over, which you can enjoy here:

How do you feel 2018 has been for bass music in general?

Its been amazing for the scene in general, id say the best year ever for bass music. We’ve got Holy Goof and Skepsis touring USA with Jauz which is massive, Notion doing big bits, Bassboy jumping out of planes, its all mad. The sound is bigger than its ever been and hopefully will only get bigger.

As a veteran of the scene, what do you want to see more and less of as we approach 2019?

I would like to see more creativity and different influences coming through. For all the great stuff going on I feel some of it has become a bit samey with a lot of producers trying to emulate the popular sound. This happens with every sound that gets big but myself and hopefully others will be pushing the boundaries of the sound in 2019.

When did the idea for monthly free downloads come about?

December last year. I simply thought I’m going to give away a free tune every month next year. I made the decision purely to give something back to the fans, and I’ve purposefully stayed away from the ‘like/comment/share to DL’ route, mainly because i don’t believe fans should have to do anything to get the tunes for free. Nothing against people that use this method, I can see how it works to gain more followers and reach but i’m not doing this to gain followers, I just want them to be good old fashioned free downloads. 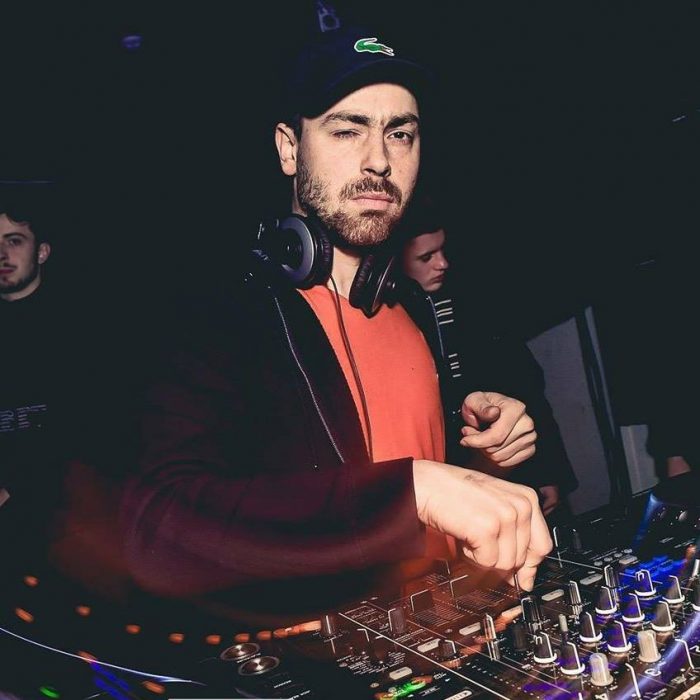 In your opinion, what is the benefit of free downloads compared to full releases?

The benefit in my eyes is that as they are free, hopefully a lot of people will download them and share the links with their friends. I just want people to have some free music.

Which has been your favourite to give away?

Probably my bootleg of Paul Johnson ‘Get Get Down’ as the original was a favourite of mine from when I first really started getting into music. Also it had a great response when i dropped it.

Is this something you would encourage other artists to do?

Definitely, however you go about it. For me its a pleasure to give away music for free and for upcoming artists its a good way to gain more fans and get your music heard by a wider audience.

Is this something you are going to be continuing across 2019?

I will never stop giving music away for free as I always have done. But I wont be giving away a tune every month next year. This year has been quite a challenge!

Who are the artists on your radar at the moment?

There’s a lot to mention but obviously there’s Dr Cryptic, Thorpey, Phatworld who’s tunes I play in every set. Some other artists I’m rating at the moment are Burt Cope, Mikey B, JG, Kryphon, Sammy Virji, Jack Junior, Hadean, XX92, Bushbaby’s got some wicked sound design, Claybrooks got the proper bassline sound on lock. I’m going to stop because I’ll be here all day if I carry on. The scene is very healthy at the moment I’m hearing wicked new stuff almost daily.

I have tracks out now or dropping on compilations very soon with Southpoint and Second to none Music – both of which I am rating recently. I have some exciting stuff in the works with Forca and some pretty special collabs which I will be revealing more about soon. I have an EP almost ready as well details on that will be announced in the very near future.

You can preview the upcoming free downloads below:

All tracks are now available to stream/download below: