It’s safe to say that over the last two years or so, we have seen a massive influx of hybridized 140bpm underground music. Now we can explore this further, seeing that dubstep, grime and even some drill & trap fall into this extremely popular tempo slot. We believe that as music evolves, especially around 140, we will see more and more hybrid style releases, primarily fusing dubstep and grime themes to create some truly magnificent sounds.

Now a producer that has always trod the line between the two genre titles is Sukh Knight, an artist who is known for his unique take on eastern themes and instrumentation, often smashing them together with crisp, colourful LFO sounds and punchy drum rhythms. Over the years we have seen many MC’s jump over Sukh Knight’s creations, perhaps most notably P Money on ‘Left The Room’ and ‘Slang Like This’. 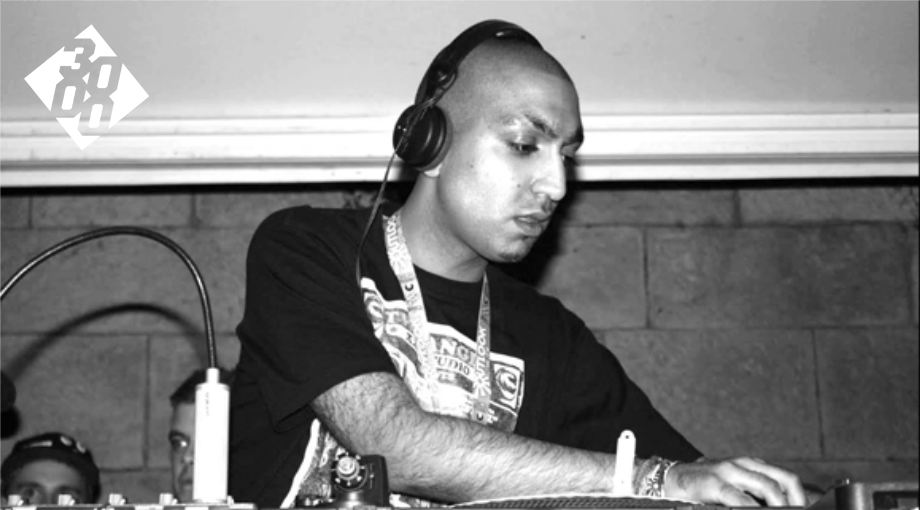 We were therefore super excited to learn that he has teamed up with hot shot grime producer and general fan favourite of 140 music: Mystry. Having first risen to the more mainstream attention of grime with his 2015 smash instrumental ‘Pulse 8’, he has since rapidly climbed the ranks, solidifying himself as a household name in more recent times. The pair combine here with great results on Sukh Knights’s own Daku imprint. 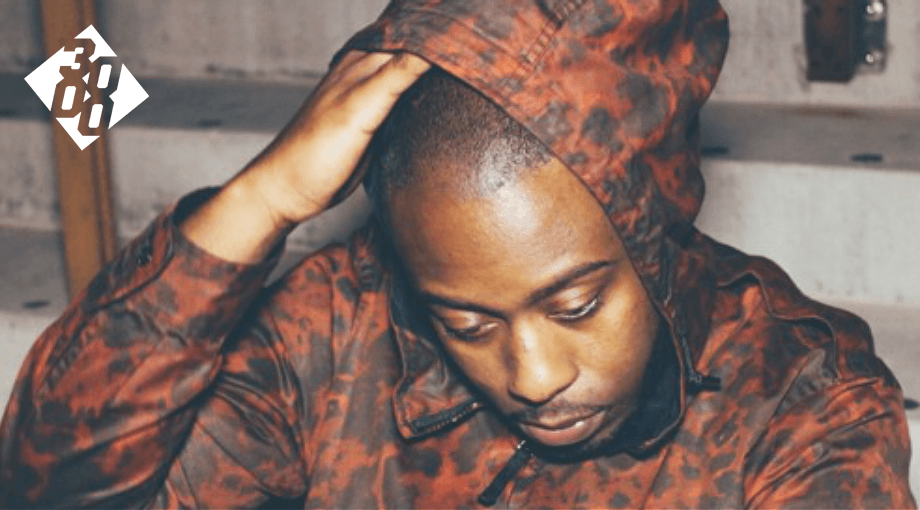 The duo team up on Daku’s second official release across three hard hitting instrumental creations, the first of which is a long awaited heater by the name of ‘Suckaz’, a track which you would have struggled to miss, due to it’s super popular choral melodies, potent rolling sub patterns and tripled switch ups. Sukh Knight then steps out on solo duty throughout a very classic sounding piece of production entitled ‘East Life’, fusing high eskimo synths and more epic eastern harmonies. Finally, Mystry gets extremely busy with some hard hitting orchestral influences and gut punching bass notation on ‘Day After’, rounding up a top draw body of work.

Suckaz EP is out now and you can buy it HERE

To celebrate the launch of the project, the team at DAKU have set up a wicked event at Five Miles, London, featuring some of the hottest names in grime and dubstep, including the likes of Kromestar, Squarewave, Sumgii, DJ Tubby and more, along with a special guest DJ, who we can’t reveal but can’t confirm is very exciting booking indeed.

You can check out the event page HERE 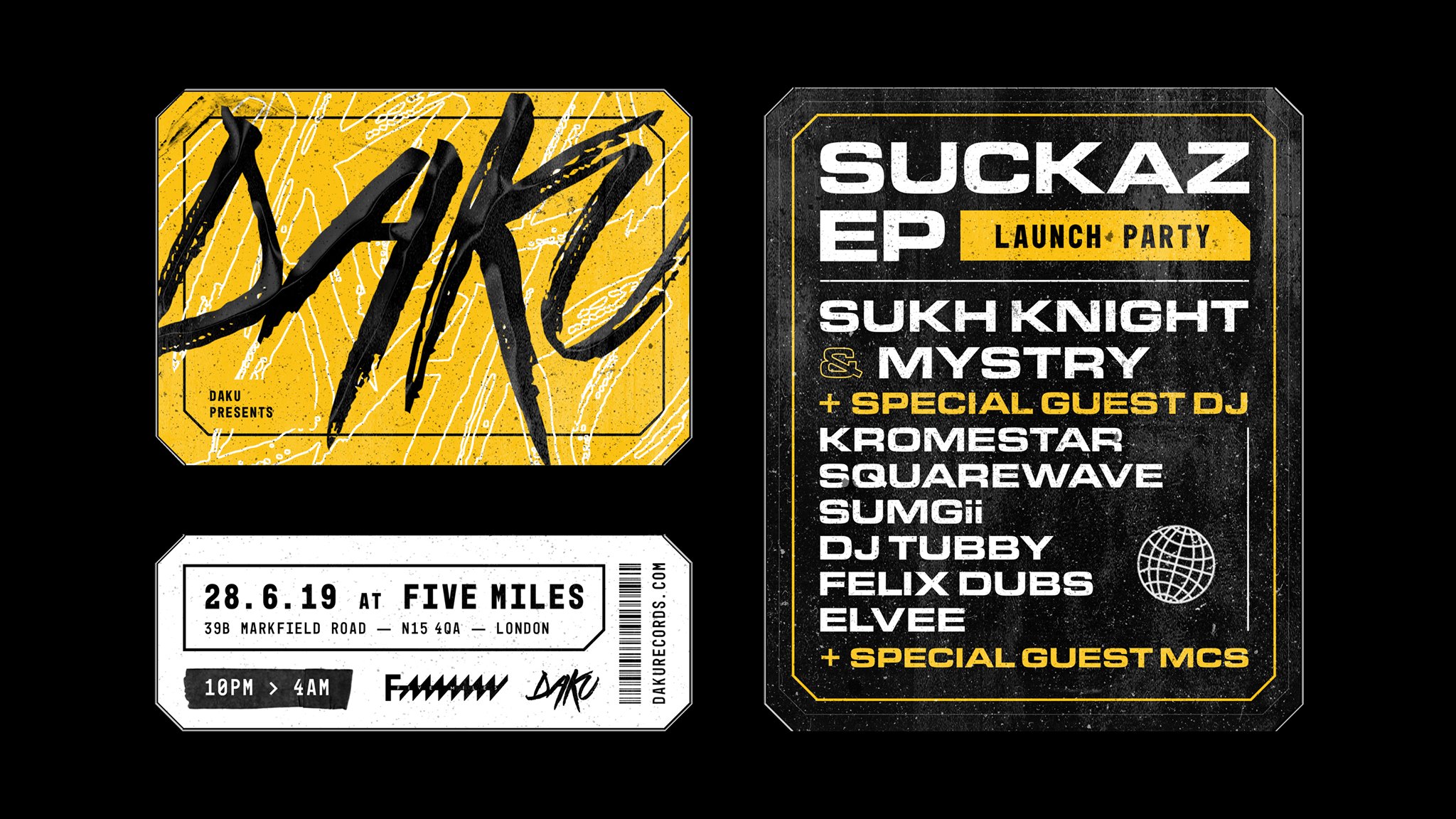