If there was a buzz word to come out of UK dance music in 2019, it would be garage, without a shadow of a doubt. It was a marvellous year for the homegrown genre, with top 10’s breaking the charts, exciting new labels exploding onto the scene and of course a top quality underground catalogue alongside that.

One of the labels that cause an incredible level buzz was of of course Kiwi Rekords, a vibrant, up-to-date look into garage music both as a culture and as a sound, headed up by the high flying Conducta. 2019 see them launch into the stratosphere with a number of well thought out releases and exciting promotional videos to really showcase their fun-loving ethic.

They kick off their 2020 with a real bang here as Prescribe Da Vibe touches down for an extremely thought provoking selection of garage originals, focussing more on unique production ideas and interesting rhythmic twists rather than straight 4×4 arrangements.

It’s awesome to see the Kiwi crew bringing through this more niche interpretation of garage music, giving them the ability to really champion the genre in all of its aspects. We couldn’t help but get in touch and to celebrate the release, we sat KXVU down with PDV for an in-depth Q&A session, looking into his production history, his thoughts on the UKG scene as a whole and most importantly, his opinions on the brand new EP. 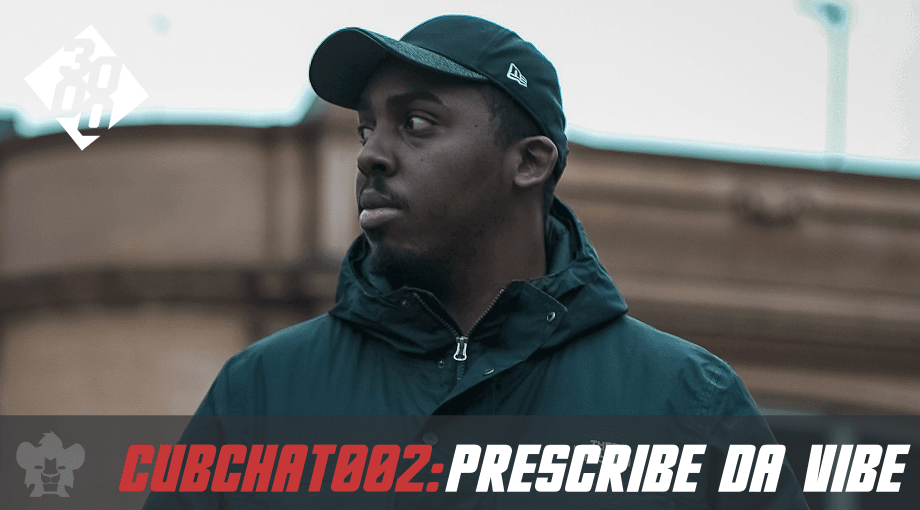 You can check this all out below:

2019 was great personally. Obviously being apart of the Kiwi label launch early in the year. Adding to that, last year was the year I finally started DJ’ing! I was quite apprehensive going into it at first as it was never really part of my plans. However, after doing some of those sets it has been a lot more fun than I could have ever imagined!

How long have you been producing music now?

Just over 10 years now. It’s funny because a lot of people think I’m relatively new. I’ve had plenty of quiet periods and breaks off for multiple reasons but I’ve always kept at it since 2009. The last few years has been somewhat of a breakthrough for me though.

Last year was obviously an excellent year for UKG’s growth, do you feel that will continue in 2020?

For sure, I feel that things are more consistent and I’m seeing so many different pockets in the scene now.

There’s the younger crowd that’s coming to shows and discovering the sound. The more underground side of the music is remaining strong. The vinyl game is crazy now as well with so many labels putting out solid releases, I can hardly keep up! There’s a lot of overseas support as well across Europe especially but I’m seeing more love from even America now (I personally have to shout out Jared Jackson with that)

Even if there isn’t another mainstream hit like ‘Ladbroke Grove’ in 2020 I don’t think it matters too much as things are moving in the right direction regardless.

So let’s talk about the EP, talk me through each of the tracks?

I’m Here – The focus on this track was having the smooth vocal coupled with hard, tough beats. Worked out really well. I remember essentially finishing this track in a couple of hours or so. It came together so seamlessly.

Clearer Now –  I’ve always loved the vocal so the track just came from working around that, mixed with swingy beats. I just wanted to create a positive vibe on this track.

Just Chill – This one is slightly more dubby with a spacey intro which goes in a bit  harder. Then flips into a stepper with an emphasis on the beats and bass.

Nothing’s The Same – Definitely a party track and one to step to I reckon. Swingy beats and bass with a nice build up of vocals.

In Control – Probably the smoothest but most different track off the EP. Lots of rhodes, synths and chilled out vibes overall.


It’s incredibly crispy on a production level, how long has it been in the works?

A couple of the tracks have been ready for a while now. Was waiting for the right time and opportunity to unleash them. Other cuts like ‘Clearer Now’ and ‘I’m Here’ are more recent. They all blend well into a package to showcase what I’m all about right now I think.

It seems to provide a fantastic crossroads between both the more melodic, happy side of garage and the more experimental, lets say rootsy sound. Was this intentional?

Yeah I think that’s just part of my sound. I love doing the bubbly, happier stuff and then at the same time it can roam into the slightly dubbier/left field side of things.

When I make tracks I don’t usually go in with the intention of making it sound a particular way. It’s usually like ‘I’m gonna try and catch a vibe from something and see where that goes!’

In Garage, my main influence on my sound is Todd Edwards followed by El-B, Steve Gurley and MJ Cole. Essentially a mix of that could be described as chopped up samples with skippy, swingy melodic beats but with my own take that I’ve tried to distinguish over the years.

How has it been working with Kiwi?

It’s been a great experience in all honesty. Obviously starting off with ‘Cool Today’ coming out on the first sampler release. That track alone received a lot of love from people not aware of me at all. That was with help of the Kiwi platform. Speaking about the team specifically, It’s been interesting just seeing how they plan and operate. Always seem to be a couple of steps ahead in terms of what’s next. The Klub Kiwi shows were managed well and I met a lot of great people through that. The team overall is just a good bunch of people, flexible as well. That’s helped me to focus on what I’m good at doing.

There’s a lot of names I could mention to be honest. For now, focusing on some ‘newish’ names though: Soundboy Cookie, Yemi, Kobe JT and Gemi to name a few. Bailey Ibbs as well. I loved a lot his tracks in 2019, they connected well with me!

One piece of studio kit you can’t live without?

I’m not too heavy on the kit usage to be honest. Just give me FL Studio with my sounds loaded up and I’m good to go!

Plenty! Out to Conducta every time for bringing me into the Kiwi project. T.Williams for helping me in the right direction. Mind of a Dragon for the mad level of support these last few years. Karl Brown for helping me starting out and putting me on back then. Andy, Gil as well as Paul and Connor helping with the release.

I also have to thank everyone who’s supported and encouraged me whether it’s only been just recently or going back to 2009. It’s helped keep me going!

You can check out the full EP below