As a series, Charted is a perfect way for us to look into the selections and tastes of some of the most influential faces around the music scene of the UK. We are very excited to be welcoming in Koast for our next edition, one of Bristol’s most influential vocalists and forward thinkers within the bass scene.

Koast is involved with a number of different projects around Bristol’s fantastic musical landscape, the most notable of which is his work with the awesome Durkle Disco imprint, a label we have been massive fans of over the year. As well as this, He holds the role of programming manager at Bristol’s revolutionary SWU.FM, along with a residency at The Blast, a renowned live events series. 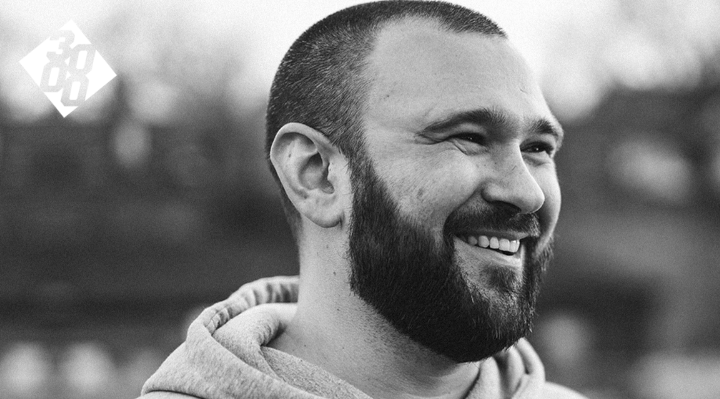 With all of this behind him, we can’t wait to get into his official top 10 listing, which we have collated for you below:

Whilst I may well be biased, as this came out on my label, it’s also definitely not a lie to say it’s been my most played tune of 2019… and I’m not likely to get bored of it any time soon. The combination of a banging beat at 130bpm, with strong nods to classic UK funky styles, and a strong, catchy vocal courtesy of one of grime’s best new gen MCs pretty much defines what I want to do with Durkle Disco. Kouslin & Logan killed it basically… they’re not bad on a set together either!

This is so cold – if you’ve ever heard my DJ sets you’ll know how much I rate both MHW and Snowy as artists, so this drop from the 2 of them in conjunction was a very pleasant surprise! Love the subtle garage influences in the basslines on a lot of Murder He Wrote’s funky production, and this beat is a perfect foil for Snowy – another MC equally comfortable on 130 or 140bpm beats – to go in. The hook is ridiculously catchy, been singing it for weeks now!
–

I really liked Motu’s earlier RKS work anyway, but this one is a step up, and also a change of direction for him in my opinion. Whereas stuff like ‘Tek Weh’ were raw & unadulterated bangers, ‘Have To Know’ is far more stripped back and wonkier – and I’m here for it! Nico Lindsay is such a versatile MC as well, kills it on grime, hip hop and funky/130 stuff… but it’s around 130bpm I feel he really shines. Wicked release
–

Koffee’s ‘Rapture EP’ has probably been my favourite release of 2019 outside of music I play in sets, what a vibe! Remixes/edits of stuff outside the UK Funky/130 sphere that I already love tend to go one of two ways… either they should have been left well alone, or they absolutely do the original justice. And this High Class Filter edit is 100% in the latter camp. So good, can see this one getting battered in sets well into the summer – hasn’t failed to bring smiles across the dancefloor yet.

Think this is actually a couple years old now, but only got my grubby hands on it recently – and it’s a proper heater! Ward21 acapellas are pretty much a cheat code anyway, but Killjoy’s production on this is also top notch. Straight up banger than never fails to go off.

Incredibly strong collaborative EP from 2 producers who are both sick in their own right already, so had to include something from it! After much deliberation, think this is the standout track for me though – it’s just that bit harder and darker than the other tunes, and will sound fire with an MC over the top on a set… and as I love working with MCs, that’s what swung the choice for me.
–

The whole ‘Flight Paths’ album is brilliant – love the fact Mina is equally adept at slower afrobeats & dancehall type stuff as she is with the more gassy club/funky vibes, and her choice of vocalists is always on point too. But on a DJ tip, it’s this collab with Gafacci, a Ghanaian producer I rate highly (who is also sick across various BPMs), which is the standout on the album. Absolute banger. Very very honourable mentions to ‘Teng’ with Noire, and ‘One Leg’ with her regular collaborator and badman vocalist Bryte as well – either/both of them could easily have made this list too.

Love the original version of 1 Sec – the work Nov & Mumdance did together in that period is pretty seminal stuff, in that it was pretty out there and experimental, whilst maintaining the essence of classic grime (however you may define that). Anyway, Ali McK & IYZ, as well as producing some sick original music, are fast becoming THE guys for funky edits of other UK underground genres, and I am fully backing this flip. Would love to hear more stripped back funky/hard drum type stuff with MCs over it to be honest, there’s definitely room for the vocals to breathe!
–

Best known for his grime productions, Dutch producer JLSXND7RS has also been writing stuff in other styles recently… and this one not only bangs, it’s also a perfect marriage of grime & funky. Which is obviously something very close to my heart as both a DJ & label owner. Based on (as opposed to being a straight remix of) DJ Eastwood’s certified proto-grime classic ‘U Ain’t Ready’ this one can’t really fail to go off. Also at 135bpm, and with sounds from both worlds evident, it’s a perfect tune for transitioning from funky to 140 in a set.
–


The whole WZ EP this is taken from is solid (original of this one, and ‘Tamagotchi’ are both great), but Lamont absolutely snapped with this remix and showed yet again why he’s been one of my favourite producers for a good few years now. Guy makes consistently genre-bending and sometimes challenging stuff that still works in a club, and there’s not many better when it comes to working with MC vocals. And what a vocal this is from Magugu – another artist I’ve been playing consistently for a while now, his ‘pidgin-rap’ style works so well with slightly experimental club beats.