This is definitely one we have been excited for as we have the absolute pleasure of inviting Brighton and Oxford based producer, DJ & MC: Hamdi in for a brand new edition of our legendary Charted series, in which artists sit down to list their top ten tracks to play at the moment.

For us, Hamdi really is a shining light within bass music, having a style that is so easily moulded into so many different areas, with his most popular releases ranging from grime shellers to 4×4 tarots and super popular bootleg creations. His most recent release, entitled ‘The Bootlegs’ contains three long sought after remixes from the man himself, which have been hit with a fantastic response since being released as a top notch free download project last week!

As a DJ, there really aren’t many who are keeping pace with Hamdi either,  as he tends to fly from deck to deck, pulling the audience from left to right in a seriously thrilled multi-genre ride. He has listed his top ten heaters for you all to enjoy below. 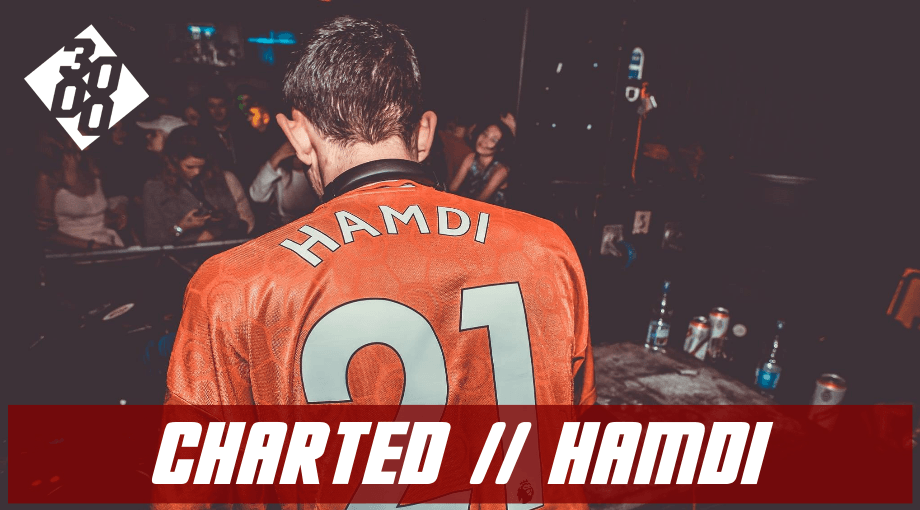 Criminally underrated for how consistent they are, the half American half Canadian duo absolutely smashed it with this one. The sound design is incredible.

Love to surprise crowds by bringing in this one out of nowhere – never fails to get a reaction.

MPH – Music Sounds Better With You

MPH has been on fire recently – seems like everything he touches turns to gold. Whether it’s his more bassier stuff or his chilled out Garage tracks, this guy can do it all. We’re currently working on a little collaby so keep your eyes peeled for that one!

The sound design king. A personal favourite to play in my sets – for me Zero will be leading the UK Bass Scene for years to come.


The swing that Sammy creates in his tracks is infectious. Arguably track of the year so far.


Another artist who is criminally underrated. This track is beautifully crafted and is a great example of the technical ability that King Monday possesses. It’s only a matter of time before he gets the recognition he deserves.

No list is complete without a TC4 track in it. It was very difficult choosing just one TC4 tune as my sets usually sound like TC4 sets by how many of their tracks I play but I settled on Marimba Riddim. The trademark TC4 samba vibes work so well in this track.

Another one from Distinct Motive – I don’t think these two are capable of making a bad track. One of the cheekiest tracks out there.


Had so much fun making this one – one of those rare times where the track actually came out exactly how I’d envisioned it.


If anyone has seen me play, they will know how much I love this track. Rarely go through a whole set without dropping this one. This tune somehow manages to be both playful and dark at the same time.