Posted 29/4/19 in 3000 Blog
Share
Tweet
Pin
At 3000 we can admit that we often put a bit too much emphasis onto the DJ’s and producers of the scene. However, we felt it was time we made an effort to highlight the MC’s, vocalists and hosts who work in and around UK bass culture, being one of the most important elements of a decent rave. A host’s job is to conduct the dance, assist in the build up of energy and be the human point of engagement between a crowd and a DJ and it is a skill that is far too often overlooked.
For us, there is no better at all of these attributes than the legendary Dread MC. As a studio vocalist and MC, Dread has been at the forefront of UK bass culture for as long as we can remember, with bangers stretching back to nearly 10 years in the past.
Having been the go-to vocalist for My Nu Leng’s live performances for the last few years, along with one of the most sought after studio MC’s we have ever seen in UK bass culture, we are absolutely thrilled to have the chance to bring you an exclusive Charted article, discussing Dread’s top 10 tracks of the moment.
–
You can check out the full listing below: 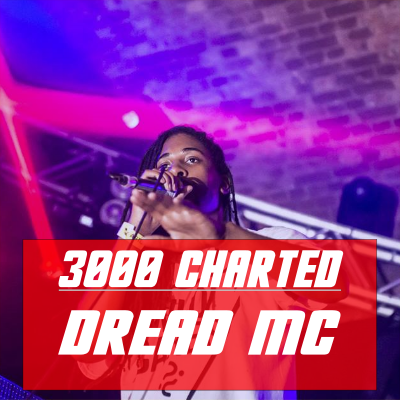 Been playing this one in the sets and it’s probably my favourite thing I have heard from Mofaux, instantly hits with a quick fire vocal in it track works so well in the dance.

He can’t do no wrong. He is a genius with pushing things forward and having future classic vocals on a track with the noise on the drop is so sick.

After his 2 unreleased material mixtapes their is a track we created called Kush that is likely to never get released. But ‘Soundwave’ is something fresh and me Taiki  worked on this solidly over three days we was Facetiming each other and I would be recording at 1AM and sent him stems at 3AM and he would be working on it til 7AM and then we would speak early afternoon after noon and I was back in the studio re-recording in the night.  So this one is special.

With so many tunes he’s been quietly and humbly drafting away in the studio. He is a young Protege of cutting music and this one bangs.
–

Very clever how he worked this classic ms dynamite vocal into this track and it effortlessly rolls out. This is a guy to watch out for.

I don’t know who this person is, ask no questions hear no lies. But she or he is making some of the best bass vibes that I’m feeling at the moment and this one is great.  It reminds me of old school vibes but it still sounds very current.

Only one DJ I know I heard play this out strong and straight away on hearing it I messaged them and was like who made this and since then I been on him this is a gem of track and sounds amazing.

Been playing this one in the car the video and dancing in it is a vibe  bad boy tune. Plus I spent 4 weeks in Ghana so seeing this one brought back good memories of a place I love.

This one been around for a minute but when I heard it I had to ring dusky and tell how much I rated it and it sounds amazing in the car, or on a soundsystem

The dubplate style album is so solid and sick piece of art to listen to anywhere.  Production is top notch on this.
–

This one grew on more very quickly. We were on a long drive home after a mammoth weekend and Jammo introduced this one to me and it’s a dark roller that is running.

3000 Blog
Toolroom launch their flagship ‘This Is Toolroom’ project for 2020
3000 Blog
We premiere the latest acidic adventure from DV-US
3000 Blog
We unveil a tidy new Priceless premiere entitled ‘Hold It Down’.
© 2020 All Rights Reserved.
Privacy Policy