One thing 2019 has given us for certain, is an eye opener into the number of extremely exciting grime selectors that are currently rising out of LDN. There are a number of different DJ’s who have honed their skills on a number of different stations. This rise in top quality DJ’s gives us a fantastic opportunity to experience fresh new grime music quicker than ever before.

de Lacey is a DJ for grime collective Over the Edge and holds down a monthly residency on Mode FM. Here, he’s chosen his top ten tracks to let off in the dance.

You can check them out below: 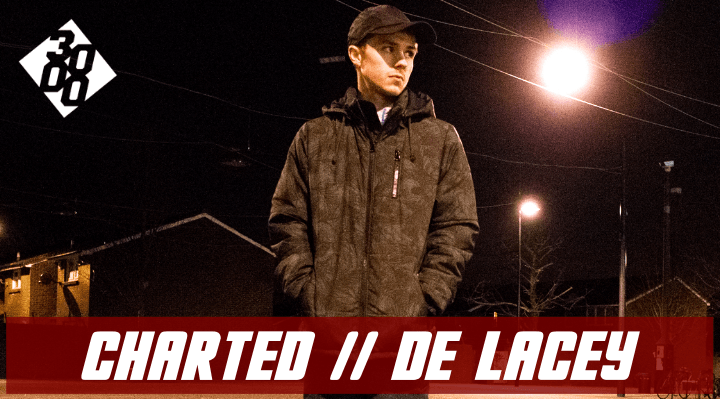 BThorough’s EP for Dream Eater stands tall. Released earlier this year, its melody lines shine resplendent, and never fade after repeated listens. ‘Forward Fantasy’ is my personal favourite, with its phantasmic vocal lines and falling chimes sonically capturing that ephemeral post-rave afterglow that rears its head at around 6am on the nightbus home.

It may be nearly a year old, but this track still slaps. I created an ‘Anthemic Dark Rollers’ crate on my USB specifically for this one, and you can hear why.

Durkle Disco have been putting out consistent bangers for as long as I can remember. The K Stylz remix of BTTF marries a cutting vocal performance, with an insurgent synth line, offering a sonic call to arms (or the dancefloor).

I usually draw for this one with a cold MC over the top. Tintz, Razor and Dutchie Limao would pepper it. Denzel X was new to me until a few months ago, but this track immediately caught my attention. He’s got some forthcoming music—at all sorts of tempos—on the horizon, so look out for that.

This track has endless replay value. And although it’s dropped by pretty much every DJ worth their salt, it hasn’t yet reached saturation point. It’s perfect to MC over, and provides enough space for the lyricist to thrive, without losing its punchy foundation.

Revenge is gloriously unrelenting. Densely percussive, and constantly bringing through new samples, it mutates while still having an urgent and forceful impetus. The moments when the four-to-the-floor break through are truly something else.

I’m not usually one for refixes of classic tracks, but–if I were to trust anyone with signature Mondie–it would be JD. The hi-hat pattern playfully pushes and pulls all over the place, but the original’s unforgettable bassline remains resolute.

This one’s a recent percy from Over The Edge and Kenyon Sound’s R’n’G specialist Raheim. His trademark sampling prowess is built upon with a funky house lilt, and a killer groove. Fresh out of SZNS7N, LUCY’s new label, so keep an eye out for more from them.

I absolutely had to shout on Khabs on this list. Hailing from Manchester, his productions have been mashing up my sets for the longest. The rolling sub line on Okinawa Hooligans is to die for, hauntingly combining with the distant Shakuhachi motif.

This one slipped under the radar. It’s been a secret weapon in my sets for about a year now, and I’m kind of reluctant to let it go! All credit should go to Dallen, though. I’m a huge fan of choral stabs and gutter low-end, and he hits the nail on the head with this one.