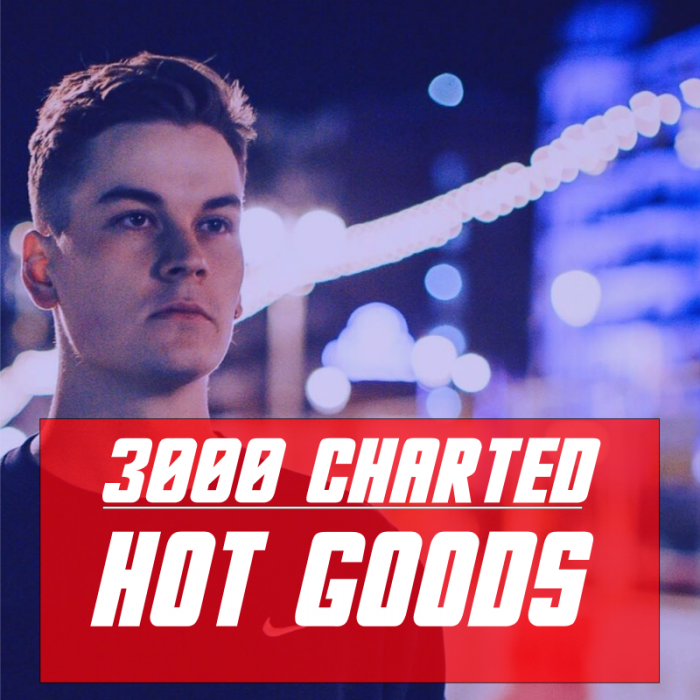 As one of our major representatives among a crowded bass scene, we are thrilled to be bringing man like Hot Goods into the ruckus for an exclusive #Charted listing. For us, he is without a doubt one of the brightest sparks to emerge out of the South in recent years, honing is style into a futuristic jackin tech fusion, perfect for sending dancefloors into a daze. We were in fact lucky enough to put together and official two track project with him earlier in the year by the name of ‘Loanshark’. As a release, the project received some fantastic feedback and helped propel Hot Goods into the forefront of the bass scene.

DJ wise, Goods recently represented our banner at our Fabriclive takeover, smashing the dance to shreds and keeping the vibes plentiful. It seems pretty clear to us that his stock is set to do naught but rise as we progress into 2019, with our predictions seeing him at the forefront of the more techy side of the bass expanse. So now, it’s over to the man himself as he presents his highly anticipated #Charted Selection:

Production levels are insane on this one, and it’s a great way to break up a harder set without killing the energy.

I’m a big believer that when it comes to music less is often more, and this track proves it. One of the sickest tracks of the year, so much atmosphere!

The bassline is absolutely evil and the tune flows so nicely. Straight banger.

This tune can be counted on to go off literally every time, and the melody is insanely catchy.

Such a dark tune. Sampling is seriously on point too. Distinkt smashed this one.

Had so much fun making this. A stripped back, moody club banger.

The vocals are insanely nice, and the drop perfectly suits the trancey intro. Dance music with emotion!

Pure euphoria. I don’t think there’s anything else that really needs to be said.

Absolute classic remixed by an absolute legend. Great track for injecting some vibes into a set.

One of my favourite tunes of all times. The drop comes out of nowhere and from that point on it’s just carnage.