Brighton’s premiere dance music station, Trickstar Radio, has been gracing the airwaves since 2014, and has built up a fantastic reputation not only in the seaside town, but across the South-East and UK. Founded by dance fanatic Si Twiddy. Trickstar has gone from strength to strength under his guidance. Something that surprises a lot of new DJ’s is the quality of professionalism at Trickstar – from the equipment to the staff. When Si moved to Brighton in 2013, he noticed something. “Whilst I was walking my dog along the seafront, I realised that Brighton had a huge scene dedicated to dance music, with massive DJ’s and headliners filling clubs every week – yet there was no radio station to compliment this popularity.” So he set up Trickstar as a way to give this city’s bustling music scene a voice – and 7 years later, the station is stronger and more popular than ever.

Trickstar now has a dedicated team, working around the clock to provide the best service for it DJ’s and listeners. This has all been part of a major relaunch, spearheaded by Ant Nichols, the new station manager. One of the most groundbreaking features of the relaunch is Trickstar’s sponsorship by Denon DJ, one of the leading DJ kit manufacturers. Denon’s sponsorship has allowed the station to invest in new technologies, including touch screen jingle boards, automated live streams and more.

It has become a hotbed for new and upcoming talent, and many major DJ’s across different genres have played on the station. Shows like Berlin and Hypogeal music show that House & techno are still alive & kicking in Brighton, whilst Plima Presents & 176 Sessions remind us of Brighton’s love of Jungle and D’n’B. Trickstar is well-known for its bass music cohort, and a large number of shows highlight the station’s – and Brighton’s – love of all things bass.

Southpoint, a record label known for its innovation in the bass scene, held a weekly show to display their new and up-and-coming talent. Bass heavyweights like Bushbaby, Zero and Freddie Martin (who often perform as a trio) all have a wealth of experience at Trickstar, and still make appearances on various different shows. Artists from further afield have graced the station as well; Southpoint head honcho and new Trickstar breakfast presenter KXVU has witnessed a plethora of exciting names: “There’s definitely a few big names that we’ve had down at the station, especially in the grime & bass area – we’ve had Novelist, Razor, Pelikann, Luciferian, High Rankin, Taiki Nulight, Distinkt, Tiastim and loads more.’ Such high-calibre artists set a precedent for Trickstar – to ensure that only the best in dance music is considered worthy. 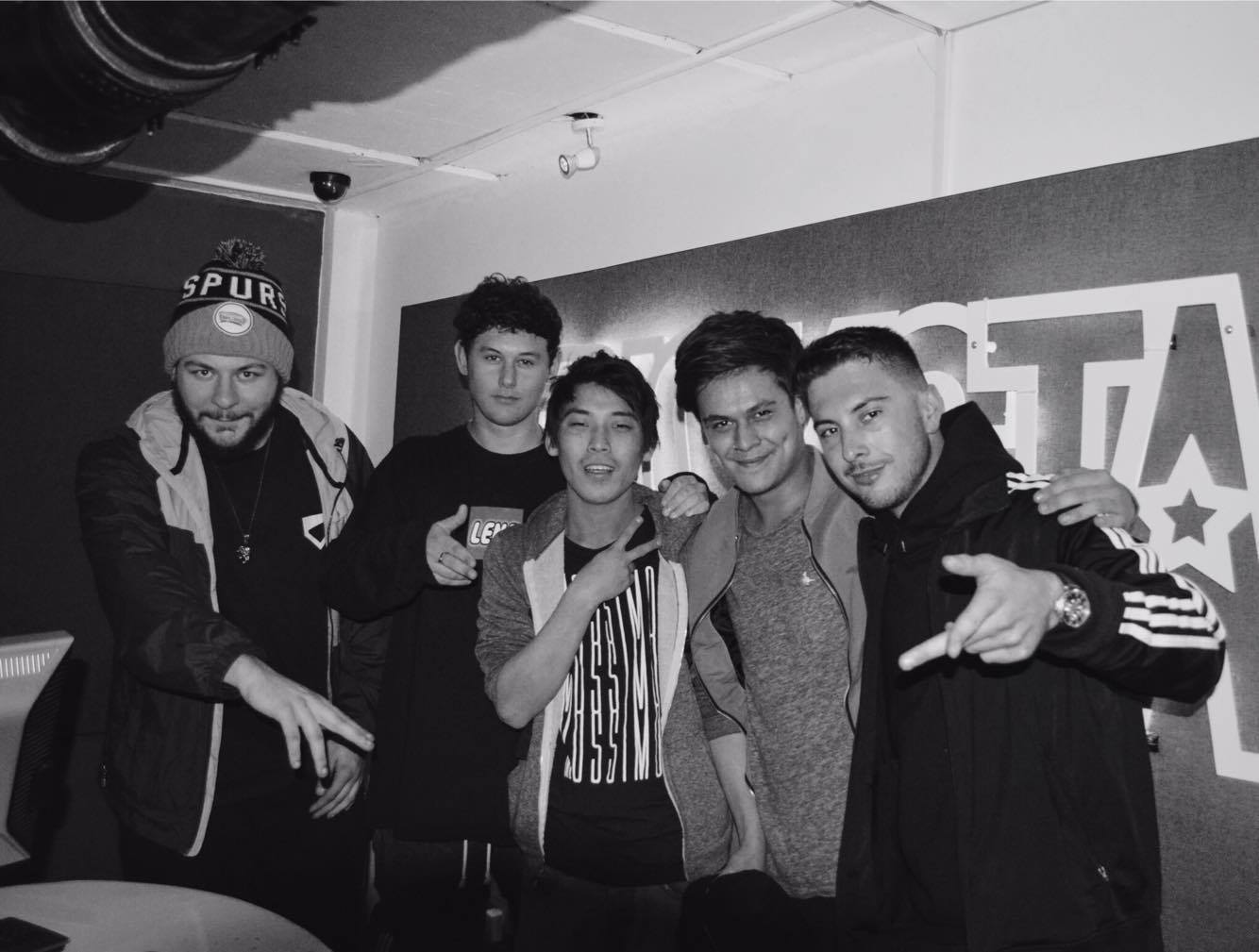 But what makes Trickstar so special is its combination of high-level standards, with encouraging and nurturing the next generation of DJ’s and producers. Many less established names in the past like Elivo, Jake Compton, Chary Nicks, Pundit and more have used the platform to springboard their careers, and now enjoy regular bookings at clubs and guest mixes on other stations, something that station-founder Si Twiddy is particularly proud of: ‘I wanted to give the musicians of this city a voice, and a radio station was the perfect way to do that – I still consider this a hobby and a passion, 7 years on.”

There are a multitude of exciting goings-on at Trickstar this Christmas. The station has now relaunched, with new equipment, shows and in-house presenters and a focus on gainer an even greater audience than ever before. One aspect that has found a lot of coverage is the confirmation that Southpoint label-founder, manager and virtuoso DJ KXVU (AKA Jay McDougall) has been brought into the present the daily breakfast show, from 7-10 am. Jay is an institution in the Brighton scene, having not only been heavily involved himself, but been key in the development of up-and-coming artists. Jay is charismatic to say the least, so who better to present the most important show of the day!

He’s also very clear about what he wants to get out of his new appointment as the bringer of the morning: “The main aim for me is to entertain people for the first three hours of their day, through new underground UK music. I’ve got plenty of guests and features planned, from Brighton & beyond. Me personally, I just want to get Brighton back onto the UK map and solidify its spot as a hotspot for underground music.” Essentially, wants to continually educate the people of Brighton (and beyond) in all things music. Although known for his love of grime, KXVU’s musical repertoire drastically expands for his breakfast show – Afrobeats and Hip Hop make their way into his daily shows. 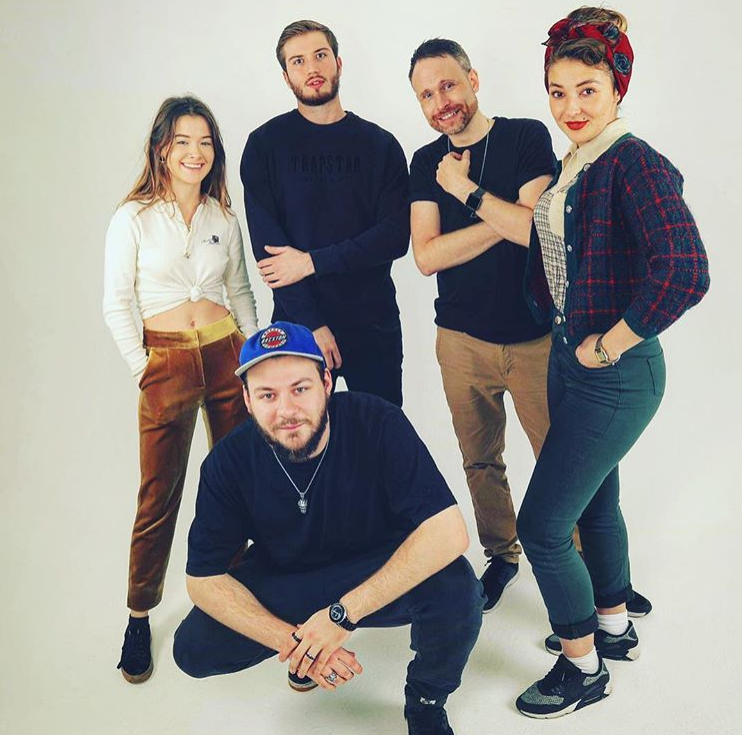 KXVU is joined in the mornings by an array of sparkling new talent, including Roxy Roberts, who heads up the Hear No Evil Management company. As well as this, rapper, writer and all around man of many words: Duke Sky and QM Records’ own Azariah Sheeley join the ranks with a bag of discussion topics. Ant Nichols also joins the morning team, bringing a wealth of experience from previous prestigious positions at Kiss and Juice, along with station owner Si and The Arch’s own: Damo, who star in some regularly organized chaos every Friday. 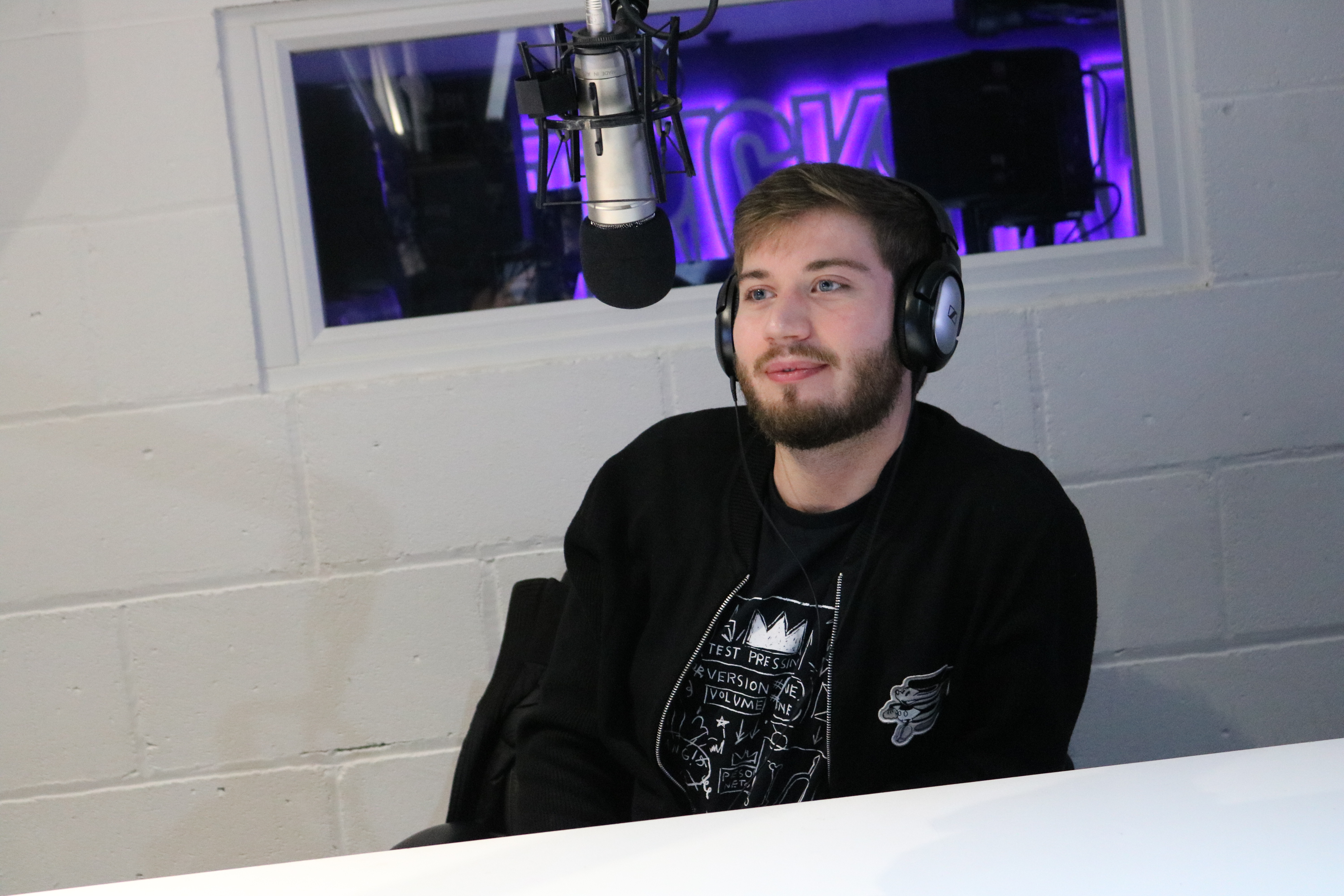 As we get used to the new year, one thing is keeping us warm; Trickstar’s wealth of music and talent highlights Brighton’s relentless resources in the form of up and coming DJs and presenters. With new management, new equipment and a new ethos, for Trickstar in 2019 and beyond, the sky really is the limit.