Beastwang expand their exciting empire with the launch of Wang Records.

I spoke to Nico from Beastwang about their forthcoming debut release, Avirex Airwaves, which is out next month. With tracks from names across the UKG board, including Mind of a Dragon, Smokey Bubblin’ B & Royal Flush, among others, its set to make an impact in the scene. Whilst known primarily for doing lively events across the country, Beastwang has recently expanded into the world of labels, with their new label, Wang Records. 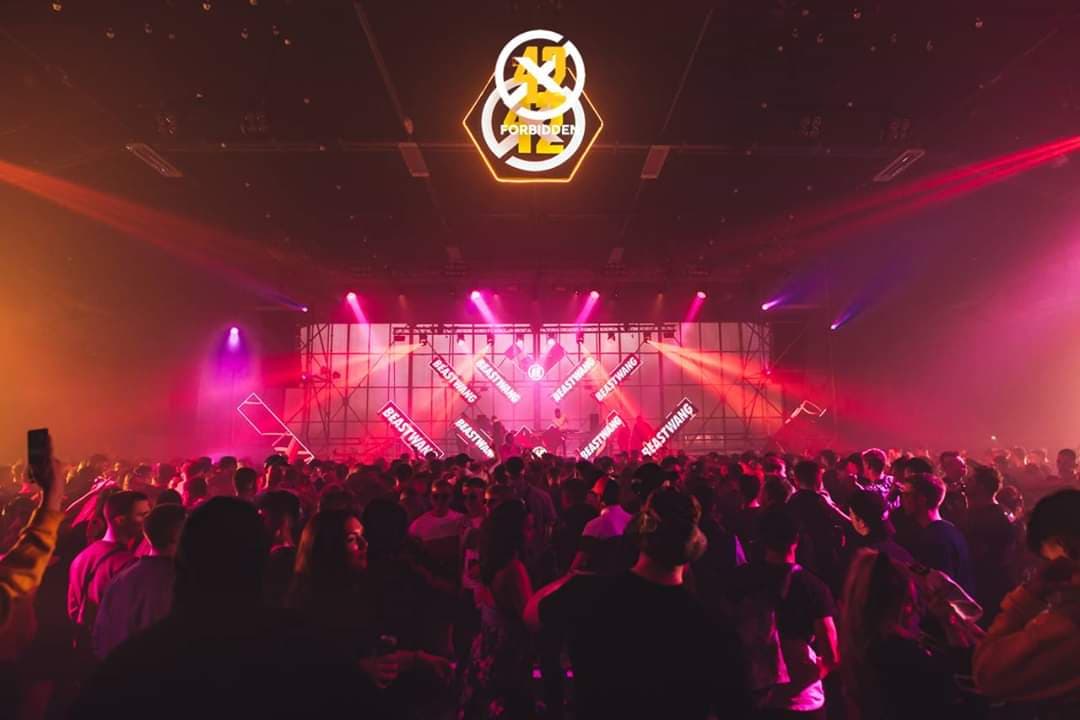 Nico, how are you?

Busy, but good busy, one of them ones. I hope you’re well?!

I am indeed! We spoke recently about Beastwang as a whole – it was really great to see such a grass-roots brand succeeding in so many ways. You should really be proud of yourself! The next step in the Beastwang story is Wang Records. Record labels are a notoriously difficult (but very rewarding) avenue to go down – are you ready?

That’s so kind of you to say. I don’t take compliments well! I need to learn to own them better… It’s nice to slowly see your work being recognised. I spend all day, every day thinking or doing something around the underground music scene.

As it stands I feel like I’m taking a huge risk launching the label side of things. I don’t have any background in releasing music but I feel like it’s the next step to build the brand and showcase what we’re about. I also want to learn and challenge myself a little bit – we’ve been doing events for so long now! I think with the label it’s going to expand my knowledge and help us succeed in areas we can potentially flourish in, to a larger audience that isn’t just where we are based in the UK. I’m ready to face challenges head on and progress. Where there’s a will, there’s a way! Contributing to the sound of the future is hopefully where we get to. 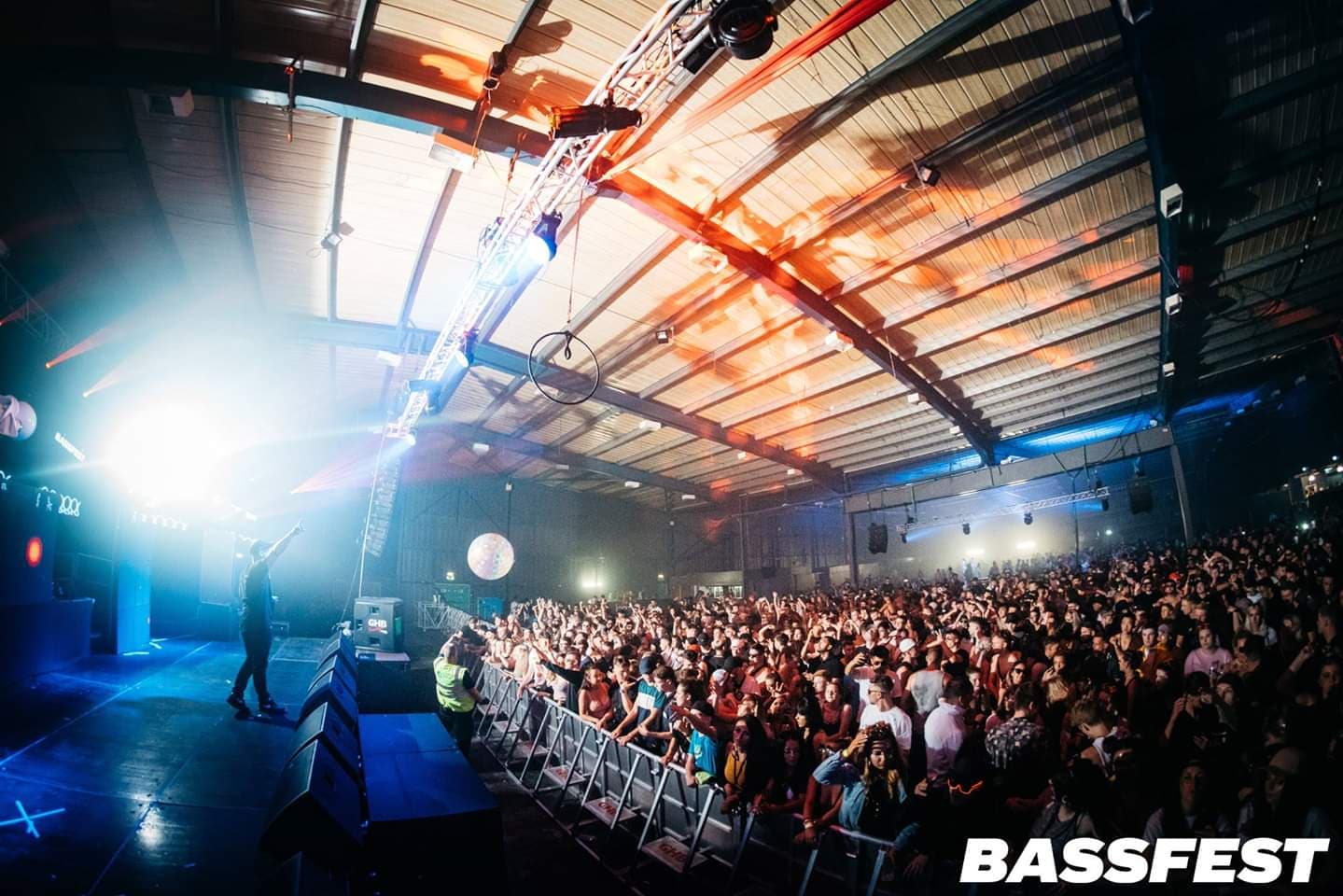 Well I wish you the best of luck, and based off how you;ve done so far, I’m pretty sure we’ll be hearing from Wang Records for a long time. So I’ve just had a listen to the new Wang Records compilation – and I was really impressed. The release is incredibly diverse – something not common enough in today’s world of dance music – and highlights pretty much the entire spectrum of garage. What made you concentrate on UKG as a focal point for your first ever release on Wang Records?

A number of reasons! UK Garage meant a lot to me growing up as a young kid, I was probably the age of 7-14 during its prime with all the different styles. It’s a genre that probably has the key to my heart. So with all the influences that have shaped me, I’ve put into shaping this project together. Another reason is that a lot of people assume Beastwang is a bass-heavy music club night when really, that’s not the case. We travel through my soulful bits of music at the start of the show and let that build up into the heavier stuff.

UKG has seen a resurgence over the last couple of years, with DJ EZ bringing it back into the spotlight a few years ago. Now in 2019, what do you think is the secret ingredient to UKG’s lasting success?

Consistency with UKG artists getting a good level of coverage on radio and bookings. It needs to be a lifestyle again. I don’t think that will ever happen as big as it was. But I think that if a new generation of ravers pick up on the sounds and like the vibe, it could become something special for a period of time. At the moment there are a huge amount of new artists producing UKG, it’s inevitable that it’s going to be a good year for it in my opinion.

Something I was pleased about when listening to the compilation was the artists production of authentic UKG. There has been a lot of talk in the scene in recent times about UKG being used by artists to market themselves to a new audience, even if their music isn’t really Garage. How do you go about selecting who you want to be the face of Wang Records second release? There’s a lot of talent out there, so it must be difficult to whittle it down to only a few tracks?

When reaching out to a whole load of artists, I had to have a quiet word with myself when receiving demos of their tracks. Do I just sign it and put it out, even if I wasn’t feeling it or it didn’t fit the vibe, just because I’m new to this? I said to myself that if it wasn’t right I’d need to work with the artist and give them direction for what I was after. It’s important to me that I’m passionate about every single track that I’m going to release, and this then transpires into me putting time and effort into make sure it gets the right promo that it rightfully deserves.

Reception has been fantastic already. I was listening to Conducta’s new residency on Rinse FM last night, and it had not one, not two, but SIX tracks from the compilation on it. That’s probably a new record for a compilation. So with the new King of UKG giving you the nod of appreciation, you must be pretty pleased with the release. Are there any nerves still before the release actually drops?

Mad right? I mean when I put it together and was listening on my own in my study, I kept on thinking to myself – is this actually sick or am I just getting overexcited? Getting feedback from loads of different artists that are killing it right now means a lot to me. It’s given me the confidence in my ability to be able to put something together, including making the right decisions on future projects. Yup – a huge, massive, bin bag of nerves. I don’t really know what to expect on figures for releases because I’m new to it, so I guess I’ll just have to see what happens.

What other promos have you got planned to give the release the exposure it deserves?

So we’ve got a launch party on the 8th March in Leicester, 150 cap basement w/ Deadly Habitz, Earthnut, Higgo, Kobe JT, Yumna Black, myself and Host/MC Kurly. Really looking forward to this, think its gonna be a sick night. 29th March, day of our release is our huge warehouse event and the first 2 and half hours we’ve got Mind Of A Dragon, Smokey Bubblin’B and Royal Flush. Following includes Sammy Virji, D double E, Shy FX, Unglued and Randall.

Loads of videos and animations incoming for artwork. Exciting to see what the designers I’m using come up with. Getting merch printed that’s related to the release. Fingers crossed some takeovers on radio and other club night shows.

Well I for one am incredibly excited to see how people react to this. Great to speak to you.

Likewise, its a pleasure as always.

Avirex – Airwaves is out on 29th March, in all major stores. For more information on Beastwang, visit: