Bass In The South – An Interview w/ Tengu 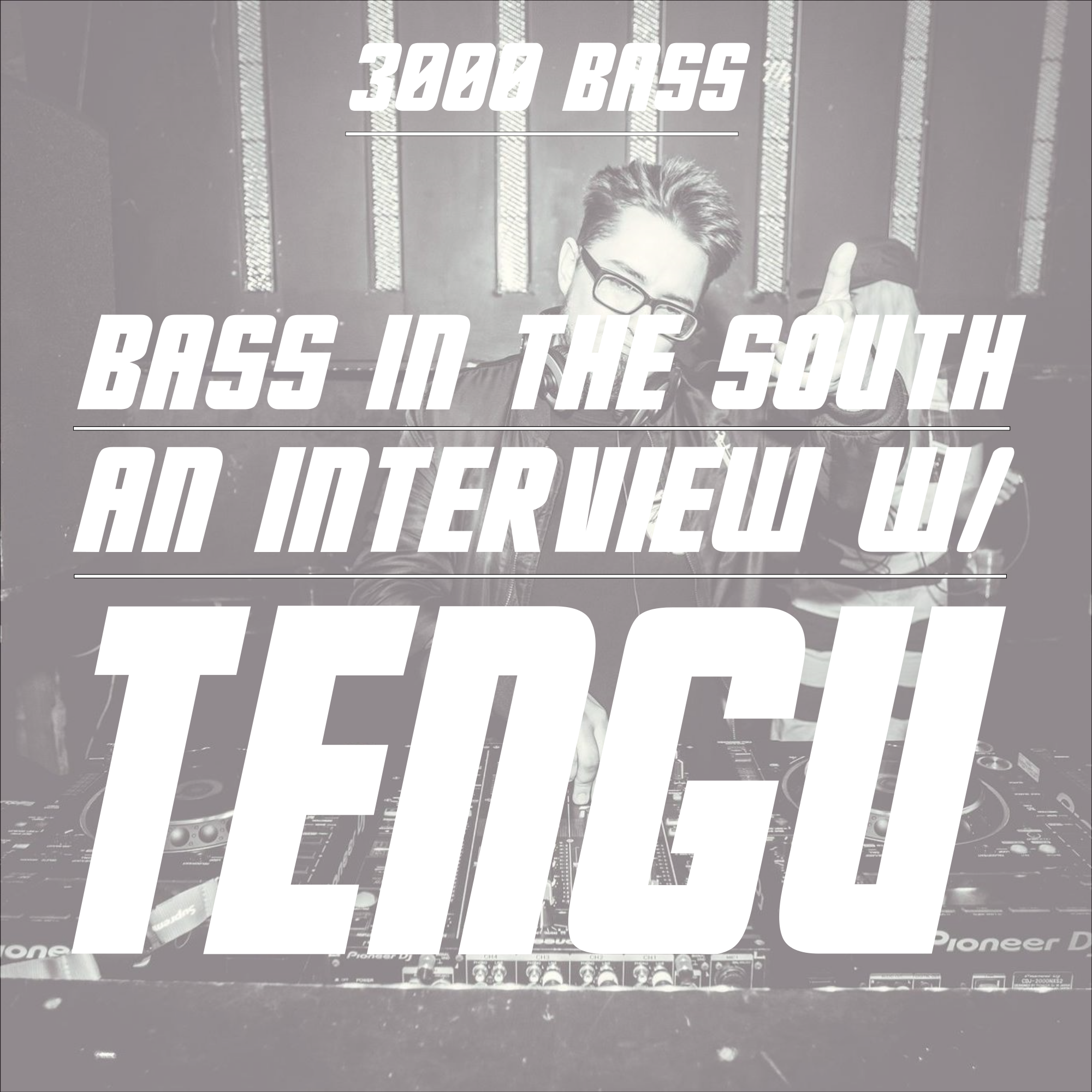 Over the last few years, bass music in the UK has surged and spread, managing to decimate dances from north to south, east to west and everywhere in between. From this we have witnessed a truly magnificent phenomenon as different regions begin to redefine the bassline sound into their own brackets, mixing the local influences with that of the rest of the scene and resulting in some incredibly original work.

Today we are going to be taking a look at the south, the “Southern Bass Scene” as it has been dubbed by some. It’s quite mad to think how many names have emerged from the region over the last few years when you start to list them. Artists such as Bushbaby, Freddie Martin, Zero, Taiki Nulight, Hadean, Hot Goods, Affiliate, Distinkt, Mofaux, Deadbeat UK, Hamdi and many more have all made a lot of noise from the south, despite a few moving on to pastures new around the country. As well as this, local labels such as Southpoint and 877 have carved out a powerful catalogue, pushing artists to the forefront of the bass scene nationwide.

Another duo we feel have had quite an impact on the Brighton & Worthing scenes in particular is Tengu, namely, Chris Merison and Kenny Mckay. The duo have been on a roll of late, receiving support from some of the biggest names in bass and have put together a string of successful shows around the country. We were lucky enough to grab a few minutes with Chris to discuss their opinions on bass music in the south and where they feel it is at right now. You can check out the full interview below: 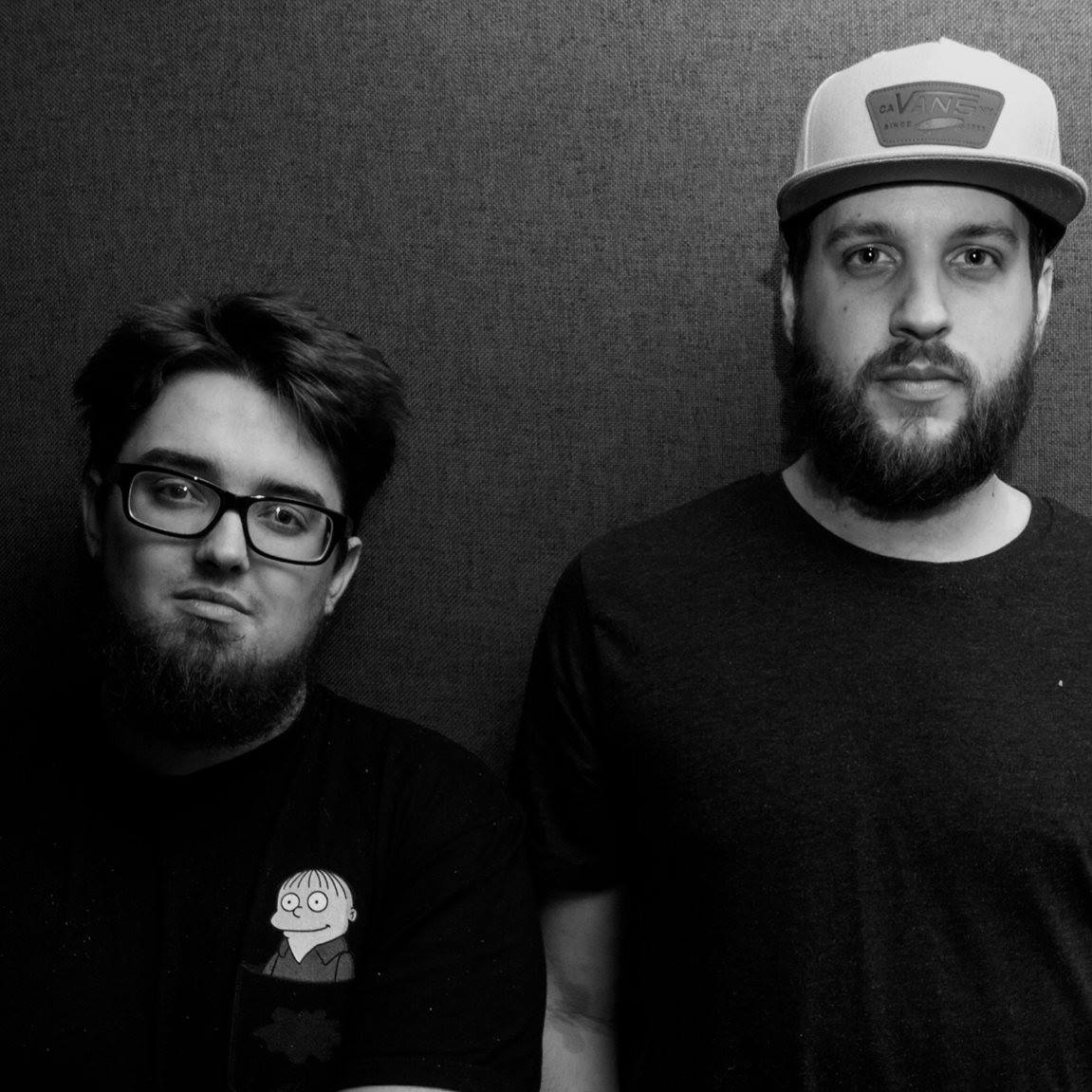 Q: How did you first get involved in production?

Tengu: I had been studying music production in college as it honestly was the only thing I cared about. However, I could not for the life of me make something to sound decent haha! After a few years of just attending the classes and furthering my knowledge by teaching myself techniques, I was producing Dubstep and House.

Kenny had been producing for a while and created some sick DNB and dubstep under the alias Nino. Both of us met through a commercial residency we both had at our local club in Worthing. We both showed each other some music we were working on and it was very similar, we decided to make a few tunes together and realized that we vibes off each other’s creativity and decided to create Tengu!.

Q: So, how did this lead directly into bass music and how long have you been on the 4×4 vibe?

Tengu: We both has a passion for house music also, so the 4×4 vibes have always been something we have loved. We both got inspired and loved the sounds of My Nu Leng, Low Steppa, Kissy Sell out, and DJ EZ trying to create something that they could seemed impossible, so we decided to ignore the fact we wanted to sound like our heroes and created our signature 4×4 sound. It’s funny, people tell us they can tell a Tengu song from the drum patterns and melodies very quickly.

Q: As a producer from the South, how do you feel bassline has risen so rapidly in the region?

Tengu: It is honestly crazy how fast the sound has risen in the south. Especially from names such as Bushbaby, Zero, Freddie Martin, Pavv and Mofaux. There must be something about living in a seaside town that inspires crazy music! Each one of those names artists do have their own sound in bassline, they are doing things differently which is a good thing. Also the amount of club nights that now consist of full bassline rosters is incredible, there’s been so many good nights in the south representing the sound!

Q: Being based in Worthing, do you feel you have to travel a lot for live shows or is there a scene on the up?

Tengu: Definitely, Worthing is such an out of the way town. The closest big scene to us is Brighton, which, as said before there are always good nights going on. For us personally going to our own shows outside of Worthing and Brighton we do travel quite far, but we enjoy it, it’s part of the experience!

Q: Who are your favourite DJs to watch live?

Tengu: We have a few! The obvious ones being the dons such as DJ EZ as you know he will destroy a dancefloor! More recently Kissy Sell Out or now known as KSO has blown our minds how good he is as a live DJ, his Chops, his beat matching and his song choices are out of this world! Lastly, Foor. I don’t think I’ve ever seen them or been in the booth with them with our screaming how good they are, purely because they do play all these unheard bangers and their sets aren’t full of just ‘The biggest tunes around’. They seriously know how to shock and impress a crowd.

Q: As a genre, bass music is evolving all the time, how do you feel about where it is at the moment?

Tengu: We have our opinions haha! On the positive side, our sound here in the UK is evidently impressing the big boys over in the USA! So that’s so incredible to see, we recently had a track of ours played by the (Now Solo DJ haha) Ephwurd who is a producer from the USA we have looked up to for many years. It’s incredible to hear them enjoying it!

On the negative side, we personally feel there is a LOT of music that is just not from the heart. Rushed and muddy music we call it. Shamefully, we feel like this music that just gets chucked out there really masks and takes the attention of those up and coming producers who are doing incredible bits with their production. The underrated generation get ignored!

Q: When creating a track, how much do you take inspiration from other producers by way of sound design, rhythmic patterns etc?

Tengu: It really depends, we never go into a production session together and think ‘I want this to sound like come down by chris lorenzo’ or anything like that. We spend most of our time sound designing and making those sounds fit our melodies. Drums however, we do listen to a lot of other music to see how they get their energy! We personally feel that if you have a sick sound and rubbish drums, the tracks not going to be good!

Q: Name a tune you feel sums up bass music in the south?

Tengu: That’s a tough one, it honestly is! If it’s something that’s already released then it’s got to be Bushbaby’s ‘Fire’, or Foor’s Version of ‘Everybody’s Free’. However, if we are talking something that’s not out yet, then it’s gotta be Pavv’s – The Future. I’m not sure if it will be out by the time this interview is out, but F**K me it’s one of the BEST tunes we have ever heard and we play it every single set!

Q: What do we have to look forward to from yourself?

Tengu: Oooo, this is the question where I think ‘What am I allowed to say’ But this is what we have got coming up! We have a compilation with our boy Pavv coming out on Southpoint which consists of 12 of our favorite producers in Bass music right now! A mix album for the Foor boy’s label ‘Yosh’ which is going to be a hefty album, also featuring up and coming artists and stuff already released via Yosh!

We also have a few collabs in the works with Jaguar Skills, Mofaux, Pavv, and a release on Bingo Bass and Crucast!

Q: Any other shout outs?

Tengu: We are going to shout out a few Producers we feel NEED to be heard!

We would also like to shout out Foor for inspiring us and giving us constant advice on how to better ourselves, Southpoint for opening our eyes to not even our own sound but what GOOD music really is, and finally to Four40 for giving us so many great opportunities and being a great label to work with!

You can catch Tengu on the following platforms: