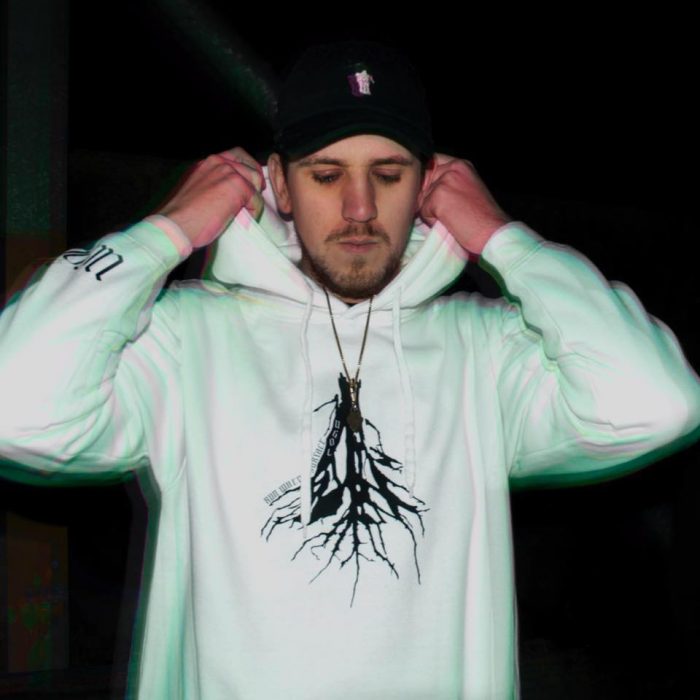 Few Sheffield producers are creating a buzz like local lad Palizé. With a musical portfolio as diverse as it is bass-heavy, the last 3 years have taken Palizé to a variety of stages, from the lovably dingy Harley in Sheffield to the prestigious Eskimo Dance. I was lucky enough to catch the man himself for a quick interview (conducted via Skype in a studio of course) and he shed some light on the scene, the experiences he’s had the last few years and where the future looks like it’s taking him.

Q: Ey up Bass-Heads, this afternoon it is my pleasure to interview the one and only Palizé! So you’re fresh off an exciting 2017-18, hitting some big success with the likes of ‘Scary & Frightening’ and you’ve released an absolute stomper in the last few weeks with ‘Champ Champ’ how would you say this last year has gone for you musically and have you got any highlights from the last year or so?

A: When you put it like that it sounds a lot better than it’s felt! I dunno, I think working with the people I’m working with day-to-day in the studio, being round it with friends – that’s the highlight, just the friend side of it more than anything. Obviously playing venues is always class but I think Switzerland, if I had to pick one, would be my highlight – Switzerland was class!

Q: Bet you couldn’t buy many pints in Switzerland.

A: You’d be surprised you know, we found a little pub that sold, like, Guinness and I’m not even a Guinness drinker but it did the job. I was quite impressed – but you’re right it was quite expensive, like 9 euros for a Guinness! We ended up getting stuck there as well and stranded for like 3 days because of the snow – we were up in a hotel, the money was running out and the hotel was going up.

Q: That’s what I mean, I can imagine you run up a mad bill in Switzerland, it’s why I’ve not been yet. Also Switzerland & Bassline isn’t something you often hear mentioned together is it?

A: It’s not is it? Surprisingly there is quite a scene for it – I’ve had friends booked in Belgium and they’ve got quite a lot in common. The promoter’s often doing stuff between the two places – I think Shaun Dean’s booked out that way as well, so it’s good as people are noticing.

Q: Local lad as well isn’t he, Shaun Dean? Something in common with all of those tunes I’ve mentioned is that they’ve all got our lad K Dot on mic duty – now I’ve been lucky enough to see you lot perform together, on home turf, at the Harley… What is it that brought Palizé and K Dot together and can we expect any more releases from you two in the near future?

A: [Laughs] Exactly, local lad! Alright so firstly, what brought us together was getting involved with a group called ‘Unit 3’ which is actually like 3 doors from where I’m sat now. It’s a studio that me and some friends joined – shout out Josh Kerr, Dan G, True Fiction and Ben like they’re all doing different things now but we started there, put a couple of nights on in Sheffield and booked Dot at one of them, think it was for New Year’s and from there Dot started coming down to the studio with all the other well-known Sheffield MC’s. It’s mad looking back at that now! 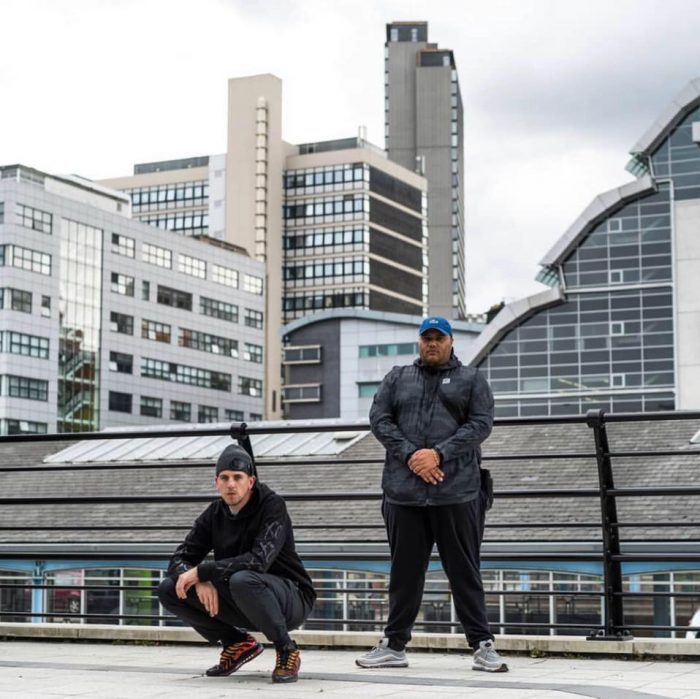 Q: It’s nice to see that the Sheffield scene is quite tight as well and you do see a lot of crossover between different promotions and lots of different people working between lots of different styles and sounds. Now you’re a Yorkshire lad, like myself and you’re from Sheffield more specifically, which has a rich history for bass music and bassline music in particular – how much would you say your surroundings have influenced your production style?

A: Massively. I think for me the reason I even wanted to start touching a laptop was going to raves – right before Niche got closed there were raves like Bunga Bunga and Knives and Forks and like seeing these artists in intimate venues up close made me want to do that. I think seeing local and big DJ’s in that environment made me wanna push forward and start making music. Everywhere in Sheffield inspired me in different ways – if I didn’t live in Sheffield I definitely wouldn’t have started making music.

Q: You mentioned Niche earlier; obviously the club has that legendary status, particularly in our scene. Did you have chance to go and if so how was that for you?

A: It was unreal, I think I was like 14 when I first went to Niche.

A: Yeah all you needed was a fake ID and a packet of fags and you were in. It was unreal, there’s never been a better venue and I don’t think there ever will be.

Q: It’s a shame we’re speaking about it in the past tense. It’s sad to see such a big part of the scene’s history in the position it’s in.

A: It is and it’s a shame that sometimes the music we make can attract the wrong crowd… It’s just unfortunate init – I do think we’re moving away from it though, look at Tank. They’ve done a good job of running and sustaining a club that plays the music people wanna hear and hats off to them.

Q: Absolutely mate. Moving away from that a little bit: do you have a favourite show you’ve ever played?

A: Definitely Parked Out. Believe it or not, when I mentioned Unit 3 earlier we did actually open Eskimo Dance with Scumfam in Leeds at the 02 Academy. That was unreal and lead to me and K Dot getting a booking at Parked Out – they were both fun sets.

Q: Bit more of a personal one now – is there a Bassline tune that holds a special place in your heart?

A: Erm [laughs] there’s a bit of a running joke between me and my school friends that if someone asked me this question it would be track 14.

A: Because it’s just like every tune back then was ‘Track 14’ on your phone.

A: But one particularly is NaNa – My Pain. In Year 7/8/9 times everyone was going ice skating and drinking in the park and that. It just reminds me of growing up and good times so I think that one, yeah.

Q: [Laughs] What is it about ice skating and Bassline? I remember going down to Donny [Doncaster] in Year 8 and they were playing all the Organ Bassline/Speed Garage tunes.

A: [Laughs] I think it’s ‘cos it was the chavvy thing and Bassline’s always been a chavvy thing – like donning Air Max and Berghaus and then you went ice skating on Friday night or Saturday day time and everyone listened to Bassline. It was class.

Q: We have seen Bassline move from being a typically ‘working class’ genre and culture to hit a larger crowd. I know plenty of people who aren’t from the backgrounds that we’re from who are getting into it. Do you reckon the modern sound/scene is becoming more accessible to other people?

A: I think promotion is a big part of it. Back in the day it was more word-of-mouth and flyers, now social media has a big role and it’s helped spread it and push it in different directions. 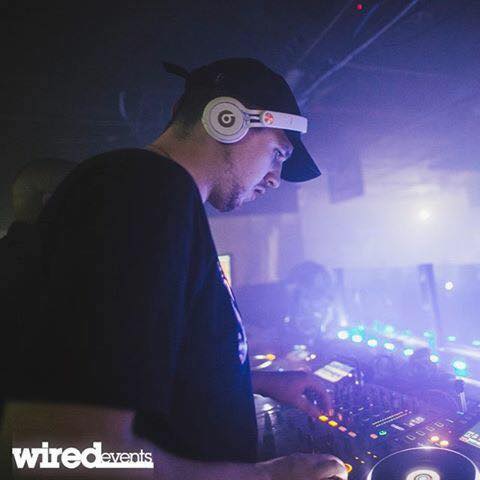 Q: Got to ask it whilst you’re here: what can we expect from Palizé in the near future?

A: I’ve been doing a lot of RnB/Hip-Hop sort of stuff actually, aside from doing Bassline, lots of instrumental stuff too. On the Bassline front me and Dot have got ‘As Per’ coming and there’s another version of that but I won’t say much else on it.

A: Yeah that’s looking good. Just sent off a tune today to In:Flux that’s coming out on another release with them. I’ve also pushed out the tune ‘It’s Dark’ which has gone out on Soundcloud. Me and Dot have got ‘0114’ coming out soon as well – I know we’ve been saying that for years but we actually have a final version (I think) of that now. We’ve also got a new place opening this weekend called ‘HEX’ on Queen’s Road.

Q: As one final question, as you’re a busy man, you’ve been at work, you’ve had a long day: is there anything you’d wanna say to the fans/any up-and-coming producers in the scene right now, or just any general words before we finish?

A: So, to the fans, whether me in particular or of anyone in the scene, thank you. Having people who show love to the stuff you’re making is appreciated so much and it helps keep me motivated and keeps me wanting to do more. For the up-and coming producers: it’s your time. If you’re doing it just keep doing it, I see so many quality artists coming through now – have a bit of confidence in your music and keep pushing it out.

Q: Inspiring words mate, couldn’t have said it better myself. Palizé you’ve been very insightful, thank you for taking the time to have this interview and it’s been a pleasure getting to chat with somebody whose productions I’ve enjoyed from afar for quite some time now.

A huge thanks to Palizé for taking the time to chat to us here over at 3000 Blog! All links relating to the material above can be found below (including that mad HEX line-up) and make sure you follow Palizé to keep up to date with his mad releases.