6 Years of Simply Deep with Aerotonin

My name is Sam Sharp aka Aerotonin and I am the Co-founder/A&R & Label Manager for the UK based label Simply Deep. In this feature I’m going to take you on a journey through the 6 years that Simply Deep has been an established independent record label. I will be picking my favourite release/track from each year and a little bit of behind the scenes knowledge that you maybe didn’t know. I hope it’s an interesting read for you! 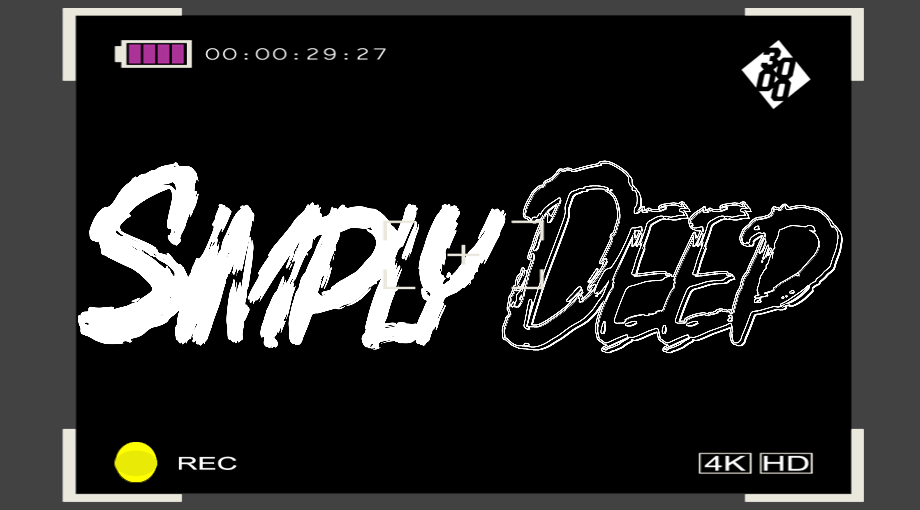 Simply Deep – The Compilation released on Bandcamp in 2014 is what started this whole musical journey off. Even to this day the variety of tracks in this release sums up the genre span of the label very well; Dubstep, Grime & mixed 130bpm flavours. My favourite from this release would have to be ‘Frith – Overdrive‘. It was a tough choice but I remember this was around the time when I first started getting into Grime music (late to the party I know) and my love for it has only increased till this day.

2015 sparked Simply Deep’s first EP release with a Finnish artist named Dokunen. This is still one of my favourite releases we have put out and cemented the Simply Deep manifesto of working with smaller artists to get their names out into the scene. Dokunen – ‘Strong Meds’ is a beautiful work of art, the subtle styles of different genres brought together to make something utterly lovely, rivalled only by the Boxwork remix of the same track.

2016 was still a tough time for the label, we didn’t have a lot of money to play with, our contacts and connections were still being built from the ground up. But this year did mark myself Aerotonin stepping up to the roster for my debut EP titled ‘That North‘. I was so happy with the remix artists we got for this release: Tsundr, Farsight, Sheik & Maribor, all amazing artists in their own right. If I had to pick one it would have to be the Farsight Remix.

2017 was a good year for the label, we were more regularly being picked up by larger blogs like FKOF & Pack London. We had 2 more releases than the previous year one of them including our second compilation featuring a massive lineup of 17 different artists. Our highlight of this year is the release we did with Southpoint Bossman KXVU. Jay (KXVU) was there from near the beginning of the label providing some of the first radio plays for the label and my self produced tracks. My favourite track from this release is a tie between Artorius Castus & the Hamdi remix of Guinevere, both of this tracks I still spin and listen to regularly. Big up man like KXVU every time.

2018 saw the biggest label outing to date, 8 releases in one year was a very proud moment for us, we had the opportunity to work with so many talented artists it was unreal. Our highlight from this year has to be the Opus – Mindapple release. I first met Bill (Opus) a couple years before this release in London before he had released any tracks yet, I knew he would be popping off in the future, you only have to take a quick glance at his release history to know my guess was accurate. It was a great chance to get Flipz MC on a release too as I was rating his vocal work for quite some time and he was another good friend of mine and Bills. This release stayed on the Juno Download top 10 for a good couple of months which was previously unimaginable for the label. Our favourite from this release has to be ‘Lightbound’ (Feat Flipz MC).

2019 was a slow start as we didn’t get our first release out till the end of March, once we got the ball rolling though we got a total of 7 releases out there for the world to enjoy, most of the projects had been in the works for some years so it was nice to finally get them out there. Our highlight for this year comes from German producer OME. We had our eyes on him for a while and were very keen to get him on the label, through signing OME to Simply Deep we got hooked up with Busted Fingerz & alllone on remix duties which was such a wonderful surprise as these were producers also on our radar. Our favourite track from this release if I have to pick one would be the alllone remix of ‘Way Too Far‘. I still remember when OME sent it over for the first time in the WIP stages I completely lost my sh*t and thinking “what is this madness!?”

Given the current nature of 2020 it would be selfish to self-promote any release from this year that isn’t the the compilation we are curating to help raise money for the #BLM movement. That will be out 11/06/20 featuring 10+ tracks for only £5 and 100% of the money made will be going to this cause: https://bit.ly/30hP07S. We hope the latter of this year brings some hopefulness and understanding to the world.

3000 Blog
We get tropical with Hamdi’s brand new 4 tracker
3000 Blog
We speak to Juma & Fork & Knife following their new Cocobolo Sound drop
3000 Blog
Skepsis teases future album as we catch up with him following his new single with Slick Don.
© 2020 All Rights Reserved.
Privacy Policy