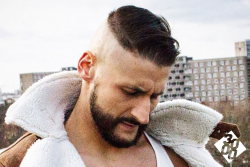 3000 Blog proudly welcomes British DJ/producer Kissy Sell Out (KSO) to our new website as a special columnist, bringing you a regular series of interviews with influential players in the global bass music scene:

During my career I’ve been fortunate to speak with and work alongside hundreds of DJ’s and producers – social media might make it seem that we all operate within our own bubbles independent of one another, but the inquisitive side of me has always enjoyed chatting to other people within the industry.

DJ Q is someone I’ve known personally and admired professionally for many years. Our careers may have started in opposite corners of the UK, but over the years we both rose through the ranks via very signature-sounding releases and hands-on DJ styles to become tastemaker DJs on national radio and tour much of the globe subsequently. Barely a set goes by when I don’t drop one of Q’s tunes, his records have inspired countless high profile artists in the early days of their careers, and he continues to be at the forefront of the Bassline & UK Garage music scenes. As I began recording my new KSO album “Style From The Westside”, DJ Q was one of the main people I wanted to collaborate with.  With our track “Truly One” dropping in late-August, and a new DJ Q – Fabriclive album out this week, Q was an obvious first choice to call-up for my new 3000 Blog column:

KSO: As a fellow DJ who has been on scene for over a decade now, I always think of you as a very “pure” artist in terms of your motivations; it seems like you’re someone who’s been driven by the music more than the glitz and glam side of the job. Are you still as excited about new music today as you’ve always been?

DJ Q: Yeah 100% nothing excites me more than new music. There’s nothing better than hearing a decent song for the first time or finding a new producer you’re into. I don’t think music will stop having that effect on me.

KSO: Things are kicking-off for you in your career perhaps now more than ever – having known you for so many years, I know how hard you’ve worked to get to where you are. With so much success under your belt now, I’m curious to know if there’s anything you look back on and think you would do differently if you had to do it all over again?

DJ Q: I don’t think I’d go back and do anything differently as it’s all been one big learning experience. Every good / bad situation I’ve been through in music has led me to where I am today. The only one thing I would maybe have done is try to create more of a platform in the scene for up and coming DJ’s. It’s hard for DJ’s to come through especially if they don’t produce. I guess there’s still plenty of time to make this happen though. Watch this space!

KSO: We have both talked a lot on Twitter about the importance of regular DJ practice in our schedules each week, but I gotta say the rate at which you release new club tracks each month is intimidating! How do you find the time?

DJ Q: You know what, It’s hard fitting everything in especially with family life and everything else but I make It happen. I’ll give you an idea of what a typical week for me is like this… Monday to Friday I’ll be in the studio from around 9am and leave roughly around 3pm. In that time I work on music and mess around on the CDJs. Then on weekends there are usually shows on Friday and Saturday. I spend Sunday resting then back at it on the Monday.

KSO: I first heard about Flava D when you sent me some of her earliest promos on your label, so it’s been exciting to see her career blow-up so much since then. How did you first start working together, and can you give us the brief story of how your Avengers-style TQD collective, with both Flava D and Royal-T, came about?

DJ Q: Yeah it’s great to see the progress. I remember coming across Flava D through one of her Grime tracks at first. She was sending loads of Grime stuff then started to send me some of her early Garage songs. It’s funny I actually remember sending you a few of her stuff because it was around the time we were both on radio together. The tracks weren’t actually on my label. At the time she was a new producer I was excited about so I just wanted to share her music with other DJs on my wavelength. If there’s someone who I think is decent as a producer I always try help out in some way by either sending their music to other DJs in the scene or Collaborating with them on music or remixes.

The TQD thing wasn’t planned. I just went to go link Royal-T at Red Bull Studios one afternoon and we started 2 tracks “Vibsing Ting” and “Day & Night”. “Vibsing Ting” was just a sketch, but we had most of “Day & Night” finished within the day, Flava came later on and added some bits to the track and that was it. We decided to put it on SoundCloud a few months later and the rest is history! 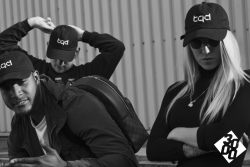 KSO: Fabriclive have finally got you onboard for a compilation album. The album isn’t out until the 20th of July, but I’ve listened to the VIP album stream Fabric sent me, and I’m happy to report that it’s unmistakably you all over! What was your mind-set going-in for such a prestigious compilation series? What did you want to say with your mix?

DJ Q: Fabriclive was me kind of going against the grain in terms of music, especially with the stuff that’s being pushed at the moment in our scene. First of all, I wanted to showcase a wide spectrum of sounds within our scene to show people that there’s loads of different stuff out there. Secondly, I wanted this to be special for the listeners and supporter by using tracks that were previously unavailable to purchase. Out of the 32 songs on the CD by the time of release, 31 of those will be unreleased tracks. I produced a lot of the stuff myself along with quite a few collabs and remixes. I also called in favours from a few friends for VIPs etc, again with the aim of making the whole CD exclusive.

KSO: As the headliner of the mega-selling “Pure Bassline” album series, you’ve become an important ambassador in the bass music explosion that’s taken over this year. It seems to me that a lot of the producers breaking through at the moment grew up listening to very different influences when they were younger, at least compared to you and me anyway. Do you think this is true? And how would you describe the bass music sounds that have become so popular recently?

DJ Q: Yeah it’s definitely true. I think in the first wave of Bassline between like 2004 and 2010 a lot of producers who became key players in the scene were influenced more by UK Garage and House. I know it was like that for me. My first release in 2004 was big amongst the DJ’s in Niche at the time mainly Jamie Duggan and Nev Wright but for me it was a Garage release. I was more influenced by DJ Narrows and Todd Edwards on that 4×4 vibe. When I clocked on to the whole Bassline thing properly I caught on to producers like Booda, Zibba etc and after speaking to them their influences came from a similar place. In this new wave of current Bassline you speak to heads now in the scene quite a few people grew up on the harder side of Dubstep and that shows in the music. There are also influences from guys like Skrillex and a lot of the US guys. I love it me because the scene is more diverse than ever. 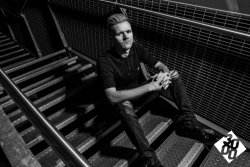 KSO: Lastly, I like to ask high-profile DJ’s such as yourself who their favourite producers and DJ’s are right now, since a few words from yourself could be someone’s big break. Any new people on your radar?

DJ Q: I’m feeling quite a few “new” guys at the moment production wise. I say new but they’ve all been bubbling in the scene for a while now. Guys like Jack Junior, Claybrook, Sammy Virji, Distinkt, Cajama.

DJ Q: More music, that’s the main thing. I’m really feeling putting compilations together at the moment, so I might call my mate Jamie and see if he wants to do a third instalment of Pure Bassline. We’ve got more stuff with tqd coming up. There’s a few more collabs with other artists which you’ll find out about soon. I’m also working on a project at the moment called ‘Renkin Style’ with Jack Junior and Zibba. That’s just us in the studio vibing together for fun. We’ve got about 10 tracks ready to go so might put them together and put them out for free so everyone else can catch a vibe from them. DJ wise there will be more ‘All Night’ shows. I really enjoy these as I actually get to play longer extended sets where I can go deeper musically.

You can check out ‘Truly One’ the collaboration between KSO and DJ Q on the new KSO album ‘Style From The Westside’ out now on Stepperman. 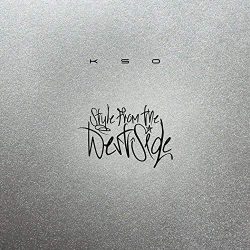 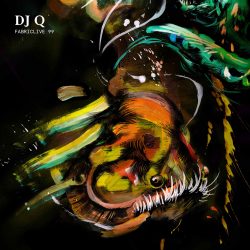 For more from DJ Q, please go to: