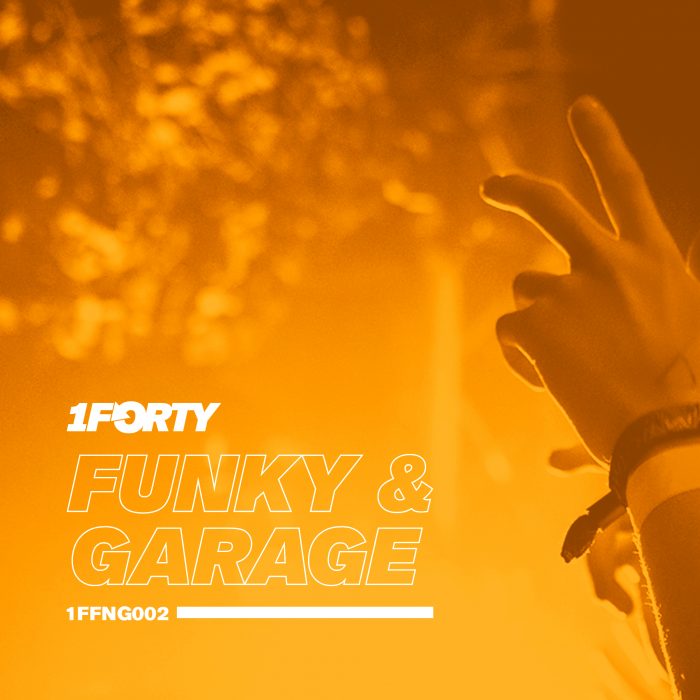 Starting as a club night aimed at bringing more diversity to the scene in Leeds, 1Forty are back with their third release this year, after a slew of three massive free EPs in 2017. With a pretty impressive social media presence, 1Forty is pretty hard to miss.

If you’re not acquainted with the work of the UK Bass kingpin Killjoy, then you’re frankly years behind. With releases on Nottingham based Tumble Audio, and Champion’s Formula Records, along with his recent release on his own label Joyride, Killjoy consistently releases gold. Regardless of genre.

Shantie, who you’ll certainly recognise from his killer vocal on ‘Runnin’ it Red’ with Champion, and from hosting many a show on Rinse FM with Marcus Nasty. Team’s up with Kiljjoy on a funky flex for ‘Voices in my head’. Shantie’s voice rolls effortlessly over catchy strings and a punchy rolling bass line, not to mention tidy percussion that slices through the mix.

London based Flex FM resident Smokey ‘Bubblin’ B has had recent support from the likes of DJ EZ, Flava D, Royal T, DJ Q, just to name a few. He’s no stranger to the scene, with his release ‘License’ getting the remix treatment from M.O.A.D, Doctor Nick, Cellardore, and very sick remix of the VIP by Leda Stray.

His track ‘Where’s Larry’ takes us to a much deeper, darker atmosphere than the rest of the release. Now this is no bad thing, and the track brings about a Horsepower Productions feeling, a sound that isn’t so prevalent in 2018. The lead synth fills your mind with dread, and the perfectly simple percussion adds to the overall spooky atmosphere.

Both 9TRANE and Arridim have had massively successful years so far, with 9TRANE releasing tracks on Dissident Sound and Southpoint, with massive radio support from the likes of Toddla T on 1Xtra, among others. BRØKEN have had the pleasure of releasing one of Arridims tracks, along with RDWRK. Arridim has also released a slew of quality free downloads, and had track support from the likes of Barely Legal.

The duo waste no time in getting the vibe down, with this absolute monster of a track. From the eerie build up to the blaring synths, this one blurs the line between UKFunky and bassline. The breaks bring some nice variation to the track, and build on the eerie vibes.

Strawberries and Creem founder Cardinal Sound is no stranger to UK Funky, with previous releases on Murkle Sound and More Time Records. Let’s face it, if you’re a funky fan, you’ve heard ‘Different Style’ with Killa P’s epic vocal, and it’s a banger.

His tune on this 1Forty release is no different, and combines varied percussion with plucky strings and interesting vocal chants as the track processes through the main buildup, which wouldn’t be out of place in a Spielberg movie.

As an added bonus, 3000 has been given a major exclusive, meaning you can stream the full project ahead of release exclusively below: